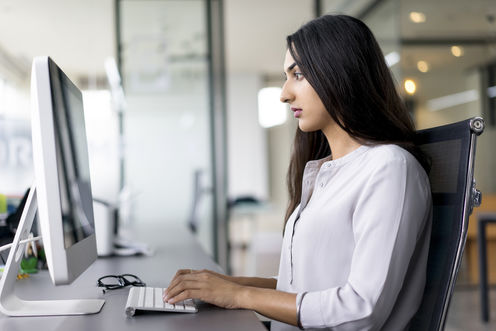 Sitting has been branded the “new smoking” for its supposed public health risks, especially for people with sit-down office jobs.

Over the past 15 years or so sitting has been linked with cancer, heart disease and diabetes and even depression. This has led to a surge in media stories on the risks of sitting, even for people who do a lot of exercise.

Then there’s the rise in the popularity of standing desks to encourage people to get off their chairs to improve their health.

But is sitting really that risky? And do we really need standing desks?

What does the evidence say?

In our latest study we investigated if not only the total amount of sitting, but different types of sitting, were linked with developing type 2 diabetes.

We wanted to see if there was any difference between sitting watching TV, sitting at work, or sitting at home but not watching TV.

We measured sitting behaviors of 4,811 British public servants, who were on average 44 years old and didn’t have diabetes, heart or circulatory problems at the start of the study. Over the next 13 years, 402 people developed diabetes.

Once we took into account obesity, physical activity, and other factors contributing to developing type 2 diabetes, neither total sitting time, sitting at work or sitting at home but not watching TV were linked with developing diabetes.

We found only a weak association with the time spent sitting watching TV and an increased risk of developing diabetes.

This contrasts with a recent review combining the results of five older TV studies that showed a stronger link. But hardly any of the included studies accounted for obesity, a major cause of diabetes.

That’s not the whole story. At least two factors determine if sitting is a risk factor in its own right: the type and context of sitting.

Type and context of sitting

We’re most likely to sit at work, at play and while traveling. And a growing body of evidence suggests not all sitting is equal.

It’s a different case for sitting watching TV, the type of sitting most consistently linked with long-term health risks such as type 2 diabetes, heart disease and an early death.

People who watch a lot of TV tend to be of lower socioeconomic status, unemployed, have poorer mental health, eat unhealthy foods and be exposed to unhealthy food advertising.

Each of these aspects of watching TV increases the chances of poor physical and mental health. But studies cannot account for all these complex influences. In other words, TV involves a constellation of health risks that go uncounted. So TV studies only tell us that excessive TV viewing is a behavior that needs to be reduced, but tell us practically nothing about the health risks of sitting.

An important aspect of our study was that participants said they were physically active, reporting an average 43 minutes walking a day, plus more than two hours of other physical activity a day.

A large recent review combining data from over one million participants found 60-75 minutes of physical activity a day eliminated the harms of sitting when it came to measuring death from cardiovascular disease or death by all causes.

One possible explanation for the weak links between sitting and diabetes we observed is that participants were protected by their high levels of physical activity.

This suggests it’s particularly important to find ways to allow office workers forced to spend many hours a day in front of a computer to add physical activity to their daily routine.

As well as individuals changing their behavior, governments need to provide infrastructure for active commuting, like bike lanes and secure bike racks at stations, and encourage people to use public transport. Employers could provide incentives and facilities for active commuting, like providing showers at work, and promote lunchtime walks, encourage the use of stairs instead of lifts, and even walking meetings when convenient.

How about standing desks?

Adjustable desks that allow a sitting and standing option (sit-stand desks) could be a good first step, especially for very sedentary and unfit workers. But these aren’t a complete solution as people don’t expend much energy, or exert themselves, using them.

And people who use them may think they’ve done their bit and tend to be less physically active after work.

Reducing the amount of time spent sitting can be a useful option if people don’t want to walk or cannot walk, cycle or exercise.

But you would have to cut back your sitting by many hours a day to achieve the same reduced risk of dying from cancer and cardiovascular disease from doing even one or two exercise sessions a week.

Although we tend to assume it’s easier to reduce sitting time than to promote physical activity, unfortunately, they are equally hard to tackle.

Rather than being the “new smoking”, we need to think of sitting as an important part of the wider problem of physical inactivity.

We also need to read behind the headlines of how the media covers sitting. Research just published shows 30-40% of media stories on sedentary behavior promote misleading messages, such as sitting undoes the benefits of exercise.

So, the first priority is to reinforce the most evidence-based message: move as often as possible, huff and puff sometimes.

By Emmanuel Stamatakis, Associate Professor; Physical Activity, Lifestyle, and Health Behaviours, University of Sydney. This article was originally published on The Conversation. Read the original article.