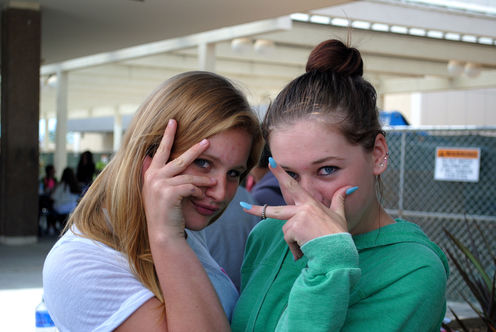 There's no one universal 'intelligence gene' but many thousands each contributing a small increment – and here are three.Credit: Andrew Huff/Flickr (cropped), CC BY

Intelligence, cognitive ability or cognitive performance is usually measured by a battery of tests that aim to quantify skills such as memory and analytical ability. There is loads of variation between people in how they perform on such tests, and these differences can be due to genetic and environment factors, and their interplay.

In research published in the Proceedings of the National Academy of Science (PNAS) today, we show three genetic variants in humans that can account for a couple of IQ points – but before you get excited, these are only three variants out of likely thousands.

The genetics of cognitive performance

By comparing the cognitive performance between family members, including comparisons between identical and non-identical twins, scientists are able to quantify the contribution of genetic and environmental causes of individual differences. One reason for this puzzle is that there are a lot of genes involved – thousands, even – and their individual gene effect sizes are tiny. Past studies couldn’t find them because sample sizes were not large enough to detect genes with statistical significance.

So how did we overcome this problem? 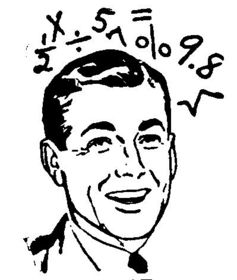 We tested 69 genetic variants from the educational attainment study (of almost 107,000 people) in independent samples of 24,000 people who had a cognitive performance score. This two-stage strategy is called a “proxy-phenotype method” since educational attainment is a proxy phenotype (an observable characteristic or trait) for cognitive performance.

The essence of this design was to piggy-back on a much larger study from a correlated trait (educational attainment) to pre-select a small number of genetic variants. These were then tested for association with cognitive performance – a bit like leveraging a large study on the genetics of weight to find genes for diabetes.

Three genetic variants (out of thousands)

A copy of each variant accounts for only 0.3 points on a standard IQ test (with a mean of 100 and standard deviation of 15). A person who inherits all six copies (note: one genetic variant has two copies) of increasing variants differs by 1.8 points compared to individual who inherits none. That’s a small difference. Another interesting finding from our study is related to the potential relevance to our health. A combination of genetic effect calculated from 60 education attainment-associated variants is correlated with memory and absence of dementia in an independent sample of almost 9,000 individuals.

While it is premature to suggest the biological function of the genes identified, our additional analysis suggests that the genes are related to synaptic plasticity – the main mechanism in the brain for learning and memory.

While the individual effect of the genetic variants are extremely small, their identification may lead to knowledge of the biological pathways involved in cognitive performance and cognitive ageing. This insight may eventually lead us into a better understanding of the mechanism involves in memory loss and dementia.

Finally, because individual gene effects are small, an implication of the study is that even larger studies, for example on millions of people, will lead to the discovery of many more gene variants.

Beben Benyamin, Research Fellow in Statistical Genetics at The University of Queensland, receives funding from the National Health and Medical Research Council (NHMRC) and the Motor Neurone Disease Research Institute of Australia (MNDRIA).