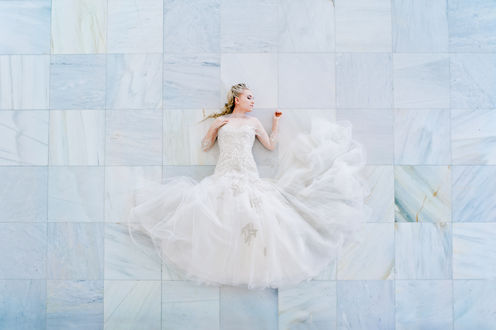 By Olivia Murphy, University of Sydney

Some time ago my then five-year-old God-daughter began insistently and, it must be said, somewhat repetitively humming a few bars that would quickly become one of the world’s most ubiquitous earworms. As it turned out, when she opined in tiny soprano about a “kingdom of isolation” in which there was “not a footprint to be seen” she was quoting not Robinson Crusoe, but Let It Go, the international smash-hit theme song from the international smash-hit Disney film, "Frozen".

Frozen (2013) is an extremely loose adaptation of Hans Christian Anderson’s fairy tale The Snow Queen. One of its producers has said, “There is snow and there is ice and there is a queen” but that’s about the extent of the film’s fidelity to its 19th-century source.

The film has been celebrated both for its extraordinary commercial success and for its departure from typical Disney-fied fairy-tale conventions. Unlike almost every successful feature-length animation from Disney since 1937 – the majority of which have had for protagonists human or anthropomorphized princesses – "Frozen" does not end with a wedding. This is even despite the presence of two bona fide princesses – Elsa and Anna – as central characters.

The film has been welcomed by many parents who view its climactic celebration of sororal rather than romantic love as a relief from the otherwise relentless heteronormative marriage-plots of other major Disney works.

Now, as you can imagine, the film’s significant departure from historic Disney conventions came as a disturbing shock to certain conservative viewers, including one American commentator who described the film as “evil, just evil”, claiming that it indoctrinates girls into lesbianism while promoting the anti-family and anti-Christian values of feminism and (I guess) ice sculpture.

Naturally I felt obliged to investigate.

I watched "Frozen", along with seven other recent films aimed at or starring children and young women which have been similarly celebrated for their unconventional heroines. The most critically discussed of these films are the first three installments of The Hunger Games (2012-), live-action adaptations of Suzanne Collins’s novelistic trilogy, with the final film due this year.

I noticed some surprising commonalities between Frozen, Joe Wright’s Hanna (2011), the Sundance favorite Beasts of the Southern Wild (2012), last year’s Maleficent (a retelling of Sleeping Beauty starring Angelina Jolie), and The Hunger Games.

It is a scene from the Disney-Pixar collaboration Brave (2012), however, that I think best encapsulates the most provocative and significant motif of all these films.

In the scene below, the princess Merida foils her parents’ attempts to choose her a husband by defeating all her suitors at an archery contest. “Curse this dress!” she cries as she bursts her seams and splits an unlucky swain’s arrow cleanly in two.

In each of these films, the heroines both metaphorically and literally resist the role of princess, at least so far as that role constrains girls and young women into a pattern of perfection, prettiness and victimhood (not to mention uncomfortable clothing).

As one reviewer of "The Hunger Games" wrote of its protagonist:

Imperfect but authentic, Katniss is a heroine, and young women aren’t used to seeing that in Hollywood movies where a parade of stereotypes – mean girls, vixens, sluts, victims, fat girls, uptight corporate types, anxious brides and scheming bridesmaids – sashay down the cinematic runway.

“That perfect girl is gone,” sings Elsa in "Let it Go", and in each of these films the perfect girl – the princess – has been replaced with something much more powerful, and apparently much more compelling to a 21st-century audience: the Roman goddess Diana.

The imagery used in each of these films draws heavily on motifs associated with the Ancient Greek Goddess Artemis, her Roman counterpart Diana and, to a lesser extent, goddesses from other ancient religious traditions the colonizing Romans identified with their goddess of the hunt.

A handful of the proliferating critical accounts of The Hunger Games franchise have recognised this classical connection. Classical allusions abound in the original trilogy of novels on which the film is based – the author, Suzanne Collins, has spoken at length about the genesis of the novels in her meditation on the legend of the Cretan labyrinth, in which a “tribute” of young men and women from conquered states were annually sacrificed to the appetites of the Minotaur. Collins’ self-conscious use of Latin names and phrases to round out her dystopia draw further attention to its classical inspiration.

Several critics have sought to point out Katniss’s resemblance to the goddess Diana. The film critic Manohla Dargis, for example, calls her:

A brilliant, possibly historic creation – stripped of sentimentality and psychosexual ornamentation, armed with Diana’s bow and a ferocious will – Katniss is a new female warrior.

Their heroine is a “Diana-like huntress” writes James Verniere in the Boston Herald, or “a teenage Diana, bowstring ever-taut against flushed cheek”, as Rafer Gúzman more pruriently has it.

Nicola Smith, celebrating Katniss’s access to a wild landscape that is typically seen in film as “the province of boys”, writes that:

she’s Artemis, the archer with unerring aim who, in Greek myth, is also called on to protect both young girls and the wilderness.

This is the first hint, in any review I have seen, of Diana/ Artemis’ wider associations. The films themselves, however, make their connection to the myths of the goddess much more transparent and extensive. Smith’s characterisation of Artemis being called on to “protect the wilderness” is somewhat misleading — accounts of classical belief rather identify Diana with wild places and wild animals – for instance as Homer’s Potnia Theron, “mistress of animals” – or more broadly with wildness itself.

In each of these films, then, the heroine is seen to be at home in the wild: Merida in the pre-Christian Scottish highlands; Elsa among snow-covered Norwegian mountains; Katniss in a kind of neo-pioneerable American forest; Hanna somewhere so high above the arctic circle she can’t get WiFi; Maleficent in a more deliberately fairytale wilderness; and Hushpuppy in the derelict Louisiana swamp known to its few human residents as “The Bathtub”. A still from Beasts of the Southern Wild, winner of the US Dramatic Grand Jury Prize at Sundance Film Festival. AAP Image/Jess Pinkham

Artemis is, of course, an archer, and along with Katniss, Merida and Hanna, another expert with a bow. The goddess’ relationship with wild animals – particularly bears, stags and other game animals – finds echoes in the films’ bears (Brave), stags (Hunger Games III, Hanna) and the aurochs from Beasts of the Southern Wild, which for unexplained reasons are not wild oxen but a kind of pig.

Like the trained assassin Hanna, the less well-trained assassin Katniss Everdeen, Frozen’s ice-bolt throwing Elsa and, most significantly, Maleficent – who both curses and, in Angelina Jolie’s version of events, also cares for and eventually rescues the dopey Princess Aurora – Artemis was the goddess associated both with the care and protection of girls, but also their sudden death.

And then, of course, there’s Diana’s association with torches, and with fire.

What does this mean for our girls?

I could go on and on, about the various connections to be made between Diana imagery and these films, and one of the reasons is that the world under Diana’s or Artemis’ protection is a wide one. But what does this mean for our girls?

Regardless of the place they might once have been accorded in the ancient world, the versions of Diana and Artemis we have inherited are greatly fallen from the original grandeur and power attributed to them by the pre-classical worshipper. This fall begins early – Artemis is already a pouting, contemptible figure in Homer’s Iliad.

In the earliest Greek proto-novels of the 1st century AD, the writer Chariton imagines the goddess:

with her dress tucked up to her knees and her arms bared, with flushed face and heaving bosom.

We can compare her fate to that of Frozen’s Elsa, throwing off her crown and her kingdom in Let It Go. In the moment of her triumph and liberation, Elsa, the fictional character with whom my own, beloved goddaughter most closely identifies, resembles no one so much as a cut-rate Las Vegas entertainer, sashaying around her crystalline ice palace like the worst kind of post-feminist cliché.

It turns out that very little is gained in the movement from princess to Artemis. What these filmmakers have done is nothing more enlightened than the classic bed-trick – a not-very-magical switcheroo, which has displaced one hypersexualized, confining archetype for another.

In doing so, these various filmmakers have been true, perhaps, to a later incarnation of the goddess. In the 19th- and 20th-centuries Diana/Artemis became the symbol of commerce - that’s one reason for her conspicuous place in the Archibald Fountain in Hyde Park, in Sydney’s CBD. The goddess of the hunt became the figurehead of laissez-faire capitalism, so maybe it’s only appropriate that – as well as being highly praised and much written about and discussed – these films have been tremendously lucrative.

The first Hunger Games movie topped that year’s box office; Frozen made US $1 billion in revenue for Disney in the last 12 months. As one of the finance journalists in the New York Times noted: That little girls, older girls, and women have thrown themselves into their role as new acolytes of Artemis is no reflection on their intelligence.

I think it reflects something much worse – the absolute dearth of cinema featuring heroines with any heroism to speak of. To paraphrase The Hunger Games, when it comes to girls on film, the odds have never been in their favor.

The only reason Manohla Dargis can call Katniss a “boundary-smashing butch goddess of dystopian cinema” is that, as she also notes, “85% of the top-grossing movies from 2013 have male leads.

As we know all too well from applying the Bechdel test, of course, having a female lead doesn’t mean there are likely to be any other female characters.

The only films worse, more dispiriting, or less feminist than these films, unfortunately, are all the other films that girls and women might like to watch. They are not the answer, but they do at least help us to recognize just how dismal the question is.

Women – and little girls even more so – are desperate to see images and stories that don’t actively oppress them onscreen. So desperate, in fact, that they will listen, and sing along to Elsa’s theme song, over and over and over and over, despite its perfect horribleness.

The princess is not quite dead, and her successor Artemis is – as with most regime changes – really no improvement. It’s time to let her go.

Olivia Murphy, Postdoctoral research fellow in English at University of Sydney, does not work for, consult to, own shares in or receive funding from any company or organization that would benefit from this article, and has no relevant affiliations. This article was originally published on The Conversation. Read the original article.