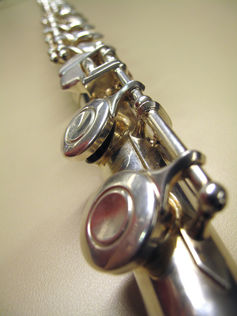 By Anita Collins, University of Canberra

Conductor Richard Gill developed the program in close consultation with the Australian Government and the Australian Youth Orchestra. In the press release, both ministers thanked Gill for “his drive in bringing this programme to fruition”.

Yet as further details emerge of the program, slight concerns begin to arise.

Not necessarily concerns with the mentoring program itself, but with the misunderstanding of music education that is emerging. On 774 ABC Melbourne, Gill was paraphrased as saying, “singing, rather than learning a musical instrument, [is] the best way to introduce children to music”.

Yet under the photo, the caption reads: “singing is the best way to teach children music”.

Now we could easily look at this difference as paraphrasing but it could also point to a pedagogical choice to favor music education solely through singing rather than through learning musical instruments as well.

Gill qualified his statement as the best way to introduce a child to music, not the only way to teach music.

Until further details of the program become available, we can only speculate.

Music and language development are extremely closely related in terms of brain development. Neuroscientific research has shown that at birth we use music processing networks to understand language.

We hear language as music and song at birth, and use the same networks to then develop our understanding of language.

So singing and song are innate to our development as human beings, and as such learning music through song is building on those innate neurological connections.

Yet only using singing to learn music neglects the enormous neurological benefits of music education through also learning a musical instrument.

How playing an instrument benefits your brain.

When this aspect of music education is mentioned most of us think of learning the violin, clarinet or trumpet. But learning a musical instrument begins with the act of making music with our bodies. Keeping a beat on a drum, playing with an egg shaker or playing a melody on a five note xylophone – these are all acts of making music using an instrument.

Research has shown that learning a musical instrument involves the motor, visual and auditory cortices all at the same time and can enhance reading skills, memory systems, executive function and general cognitive function.

Recent research has found the ability for a child to keep a steady beat is an indication that, neurologically, they are ready to begin reading.

Many music educators would agree that to be a well-rounded and proficient musician we need to be able to sing well. As my first band conductor would say: “if you can’t sing it, you can’t play it”.

Starting with singing is also an appropriate and cost-effective first step in addressing the challenge of raising the general music education capacity of generalist teachers around Australia.

Singing is absolutely the right place to start, but we are yet to see if the ground-breaking mentoring program announced this week includes music education through the use of instruments.

Music education is not an either/or – learning through singing or on an instrument. It is both at the right time, at the appropriate age and in a sequential, constructive and enjoyable way.

Children will innately love music as an art form but if we want children to gain the deep appreciation as well as the neurological benefits of music education, singing is only the beginning.