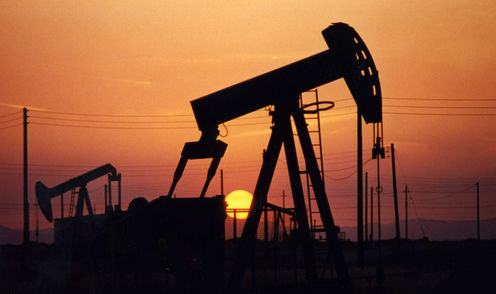 Falling oil prices threaten to slow the US drilling boom.

The downturn has also increased calls to lift the ban on exporting oil and natural gas from the US – an outdated policy that should be changed.

Following the Arab Oil Embargo of 1973-74, the Energy Policy Conservation Act of 1975 forbade the exportation of domestic crude oil. Natural gas exports have also been banned.

The logic at the time was simple: Domestic oil production was in decline and surging oil consumption meant increased imports, primarily from the strife-torn Middle East. Why should domestic oil be exported to Europe or elsewhere when it could be saved for domestic consumption? That logic was wrong then, and it is wrong today. Yet regrettably, it still pervades the public dialogue.

Supporters of the energy export ban insist that it serves a number of domestic interests: keeping gasoline prices low, supporting the profits of domestic refiners and keeping a steady supply of liquefied natural gas (LNG) for US petrochemical plants.

These arguments do not hold up, because they ignore the global nature of energy markets. The international implications of the export ban harm broader American interests and reduce whatever domestic benefits the ban supposedly provides. Energy security is a world-wide problem, not a US, China, or EU problem. We are all dependent on the world oil market.

As Morris Adelman explained many years ago, the world oil market is one big bath tub. There are certainly regional and local particularities in oil production and consumption – not every drop of oil produced in the world is perfectly fungible – but, essentially, we all consume from that bath tub. When oil supply disruptions occur anywhere, world oil prices spiral and worldwide recessions routinely follow.

Despite euphoric talk that the U.S. may obtain energy independence by 2020, leaving the bath tub is not an option. First, US energy autarchy would involve a repudiation of the US commitment to free trade – a hallmark of US foreign policy that has lifted millions out of poverty in Asia and elsewhere.

Second, our trading partners in the World Trade Organization would, as the global need for American oil becomes clearer, immediately seek to bring sanctions against the US, dramatically affecting US exports generally. Third, if the disparity between American and world prices grows larger, American producers will find ways to get their product to the world market, regardless of the existing ban, but with the attendant inefficiencies that such work-arounds would entail.

Even though the bulk of US production will be consumed domestically, our allies and trading partners will take comfort in knowing these supplies would be available in an emergency. Terrorist groups aiming to disrupt the world economy will find their power over oil prices significantly reduced. Our trading partners will see the US as fully committed to free trade. In turn, this will surely give us leverage in pushing for greater liberalization of trade and strengthen U.S. diplomatic agendas.

Returning American oil to the global bathtub also gives the US more leverage in the market with the world’s largest oil exporter, Saudi Arabia. The Saudis have just cut prices on oil deliveries to the US market, in an effort to pressure and eventually reduce American high-cost production, while at the same time increasing their prices for East Asian deliveries.

If American oil could go to Asian markets, it would reduce the Saudis' (and other producers') ability to play this differential price game. Taken out to its logical conclusion, the ability of foreign producers to export to the US while American producers are prohibited from exporting their production, could drive domestic oil prices down to a level where further investment in expensive production no longer makes economic sense.

For natural gas, there is no bath tub. LNG tankers only account for about 10% of world consumption of natural gas. The EU in particular receives 12.5% of its natural gas supplies from LNG and 24% from Russian pipelines. Russia extracts the full benefits from its dominant market position by charging prices that are about 4 times higher than U.S. prices. Even though LNG facilities to export gas to the E.U. cannot be constructed overnight, eliminating the ban on natural gas exports will send a sobering message to Russia and also reassure our allies.

In the wake of increasing global oil supply, the possibility of a double-dip recession in Europe, and questions about the short-term future of Chinese demand, oil prices fell by nearly 25% between June and November 2014. That decline has reduced the leverage that resource nationalists like Russia, Venezuela, and Saudi Arabia can exercise in the global market. They now face the difficult task of cooperating among themselves to restrict production in an effort to drive prices up, or continuing to produce at their current levels and see prices fall further.

To some extent, the United States should just stand back and let them have at each other. Lifting the export ban on American crude oil and natural gas would make it even more difficult for OPEC and non-OPEC producers to come to an agreement on restricting production.

With American oil added to the bathtub, the other producers would have to agree to even deeper cuts to put a floor under prices, restricting their short-term incomes even more than would be the case if American oil were kept home. The more short-term pain for oil producers in production cuts, the less likely that they will be able to agree on such a plan.

Impact on US economy

Even from a purely nationalistic viewpoint, the benefits of eliminating the export bans far exceed the costs. Let’s consider the usual arguments brought up by opponents. Will gasoline prices rise? Gasoline is already traded in world markets, and the US is a significant gasoline prices already drive our domestic prices. Paradoxically, allowing our domestic crude oils to be exported will put downward price pressure on equivalent international crude oils. In turn, lower world oil prices will most likely reduce world gasoline prices and produce a modestbenefit to US motorists.

Will domestic refiners’ profits suffer? With free trade, domestic refiners will no longer have access to artificially cheap domestic crude oils. It is no surprise that this group strongly opposes any changes. Buying domestic oil at artificially depressed prices, refining it, and selling the gasoline and diesel in the world market has been very profitable. However, their interests should not be the primary driver in deciding what is in the best interests of the country.

Will LNG exports hurt our domestic petrochemical industry? Regardless of whether LNG exports are allowed, the discovery of vast shale gas reserves that can be developed at current or moderately higher prices means that US petrochemical plants are assured adequate supplies at reasonable prices. Compared to higher international prices, they will not be at a competitive disadvantage.

Will environmental issues be exacerbated? The environmental concerns associated with fracking, particularly those involving the dissipation of scarce fresh groundwater, are legitimate. With prudent regulation and incentives, these problems are fixable.

For those concerned about greenhouse gases, the solution lies with incentives for reduced emissions, like a carbon tax, and not with penalizing domestically produced crude oils. Remember that for each barrel not produced domestically, one will likely be imported from the Middle East.

In sum, the technological revolution involving fracking and horizontal drilling once again has made America an energy giant, reminiscent of World War II days.

With a new Republican Congress and a President facing numerous international obstacles, this is an issue on which common ground can be found.

James M. Griffin, Professor of Public Policy and Finance at Texas A&M University,  has a university retirement account, administered by TIAA-CREF, which owns shares in oil companies. F. Gregory Gause III, Department Head of International Affairs Department and Professor at Texas A&M University, does not work for, consult to, own shares in or receive funding from any company or organization that would benefit from this article, and has no relevant affiliations. This article was originally published on The Conversation. Read the original article.