Multicultural Dora The Explorer Grows Up, But She Won't Make All Kids Bilingual
By The Conversation | September 9th 2014 06:00 AM | Print | E-mail 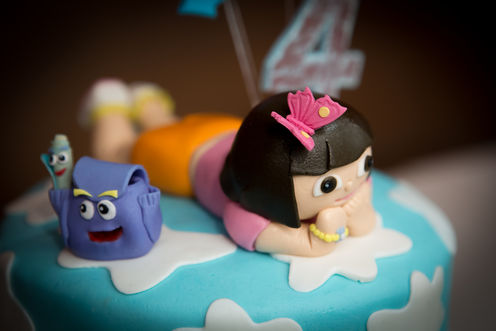 It may take a budding Latina tween with warm dark eyes and undaunted courage to ready America’s children for our multicultural future. After dominating children’s television for a decade the heroine most watched by preschoolers – Dora the Explorer – has blossomed into a precocious young ten year old, starring in Dora and Friends – Into the City, which premiered last month in the US.

Yet while Dora’s evolution may be another money-spinner for the show’s giant corporate parent, Viacom, no evidence shows that this fresh generation of educational programmes actually lifts children’s bilingual skills.

In the new show, the sassier Dora sports wavy, almost black hair, pierced ears, and purple spandex – organising her gaggle of bilingual friends to round-up feral puppies for adoption in one new episode, a chippier rewrite of the 101 Dalmations' Cruella de Vil.

Deepening her penchant for pluralism, Dora pursues weekly adventures with a rainbow of multiracial tweens, one boy and three girls, who accomplish their weekly mission by learning from each other, mainly in English while switching into Spanish.

Dora’s innocent ability to transcend old categories of race and language goes way beyond hopeful idealism. She earns over $1 billion yearly for Viacom, which owns her Nickelodeon network. This comes from advertising revenues, DVD sales and endless merchandising, from Dora toothpaste to those omnipresent purple backpacks and t-shirts, essential fashion for young children.

She’s become a global phenomenon as well, dubbed in Arabic, French, or Mandarin, with Dora interjecting simple phrases in English for overseas audiences. Her count of weekly viewers in the US exceeds Stephen Colbert’s by two-thirds, according to 2014 Nielsen ratings.

The show has pioneered a Socratic method for children’s television, where kids are asked to engage in questions and answers as they watch. Dora asks viewers at home for pivotal advice, then silently stares out from the screen, blinking those huge inquisitive eyes, patiently waiting for us to shout out that she must turn left to avoid (smiling) crocodiles or repeat how to say soccer in Spanish.

In trial episodes, Dora was originally not Latina, but a feisty white girl named Tess. As her ethnic identity has matured over time, her skin tone and close-cropped hair became a darker chocolate brown, no longer giving off a cinnamon sheen. Her sporadic on-screen Spanish has grown more complex. An entirely Spanish-speaking squirrel, Tico, was written into the show, that boldly presses his language with English-speaking characters. Dora’s co-creator, Valerie Walsh Valdes, would marry Cuban-born writer Leslie Valdes along the way.

Yet three-quarters of Dora’s viewers in the US are not Latino. Dora never refers to her particular ethnicity or bilingual versatility. “This is not a Rosetta Stone for kids,” said Walsh Valdes. Instead Dora imparts “something that we should all want, a second language.”

Yet evidence remains mixed on what children actually learn and retain from Dora and her post-racial competitors: Doc McStuffins, the Disney Jr. character who mends wounded toys (and whose mother is a real physician), or Word Girl, the PBS-kids character who “uses her intellect to keep the crime world in check.” Four out of five toddlers now watch televised or online programmes, two hours each day on average. But with what effects on learning?

We do know that Dora’s fans display richer oral language by age three, according to University of Pennsylvania psychologists.

The Penn researchers Deborah Linebarger and Dale Walker asked 51 Kansas City parents to log each hour of their youngster’s TV viewing between six and 36 months of age. Most eagerly tuned into children’s programs by nine months of age.

Dora viewers acquired new words at a more rapid clip, compared with toddlers who favoured other shows, including Sesame Street. But gains were tepid: producing about two additional words per month, after taking into account family attributes that likely raised a parent’s propensity to select Dora.

Other research at Microsoft suggests that Dora’s shout-out to viewers, asking them to discern a fork in the road or get up and dance, serves to boost learning. Meagan Rothschild, an analyst, tracked growth curves of 42 preschoolers, three or four years of age, as they played Sesame Kinect, which allows children to interact with characters as the plot unfolds, similar to a video game. Rothschild found the gaming feature cemented the child’s cognitive attention more firmly than when the interactive device was turned off and children watched passively.

But published studies have yet to detect discernible growth in bilingual skills after steady viewing of Dora or similar bilingual shows. For my study of next-generation programming for kids, Dolorez Guerrero reported that her son Joaquin began to ignore Dora’s on-screen Spanish as it became more complex. Yet another child, five year-old Mirella Dauter, could already distinguish the contingent uses of differing languages: “The dogs speak Spanish, but they speak English to Dora,” she told me.

Most worryingly, Dora’s market appeal may harm children as Viacom sells her image to food processors and merchandisers, including Fisher-Price. One experimental study found that children between four and six years of age reported that snacks tasted better if Dora’s image appeared on the package, compared with identical junk food that displayed generic labelling. One staffer inside Nickelodeon told me that Viacom: “doesn’t really care much about research on education effects, they see it as a business.” This serves to undercut any claims of bilingual learning. Dora’s new show delivers on the creators' keen intent to animate shared human values and bridge across America’s ethnic archipelago, even advancing a cosmopolitan way of raising our children. “We want her to be curious, confident, an earnestness that’s genuine,” Walsh Valdes said. “But Dora is not the expert, she is learning from other cultures.”

Her evolving portrayal as a kind and decisive teen, embracing a rainbow of bilingual peers to solve urban problems, will likely draw in the globe’s colourful palette of parents. But what children take away from her cultural nirvana, especially agile language skills, remains largely unknown.

Bruce Fuller, Professor, Education&Public Policy at University of California, Berkeley, does not work for, consult to, own shares in or receive funding from any company or organization that would benefit from this article, and has no relevant affiliations.