My Genes Made Me Do It: The Problem Of Determinism And Diminished Culpability
By The Conversation | December 5th 2015 05:30 AM | Print | E-mail

There have been recent high-profile claims suggesting genetics and neuroscience are set to radically change the way we think about crime and punishment. Author Sam Harris, for example, argues that recent discoveries in neuroscience undermine our notion of free will, while Adrian Raine states there is a “biological basis also to recidivistic violent offending”.

But are our notions of blame and responsibility really heading for a revolution?

To answer that, it’s necessary to understand a bit about how the law works today. Legal guilt typically requires more than just a physical act. It usually also relies on the concept of mens rea or “guilty mind”. You may have struck someone, for example, but if you did so because of a muscle spasm, seizure or reflex, then you won’t be held legally responsible.

The law also makes allowance for those who act while insane. “Cognitive insanity” is when someone cannot know the nature and consequences of their actions. This may also be a temporary state, such as sleepwalking and hyperglycemia.

The insanity defense usually removes all culpability. Diminished capacity, on the other hand, suggests a decreased ability to understand actions and thus decreased responsibility. Punishment will often be scaled back to the extent that responsibility was impaired.

If someone has a condition that makes it very hard for them to resist urges – say, a pathological drive to steal – then we may feel more forgiving than towards someone whose theft was the result of a cool and calculated decision.

Sentencing has two main justifications: it seeks to punish people to the extent they deserve, and also to deter or contain criminals thought likely to re-offend.

A defense lawyer would have to think hard about introducing evidence that their client is unable to control criminal urges. The judge may agree that this renders a person less blameworthy while deciding it makes them more dangerous.

What impact is genetic evidence likely to have on all of this? Evidence most likely to be used will involve genes for neurotransmitters, such as the monoamine oxidase receptor gene (MAOA). Low levels of expression of the MAOA gene can, when combined with childhood trauma, contribute to violent outbursts and antisocial behaviour.

The appeal of genetic evidence is easy to understand. It is seen as “hard” evidence that is objectively verifiable, unlike psychiatric evidence, which may rely on self-reporting. But applying this “hard” evidence will not be straightforward.

Genes are often perceived as the underlying rules that make up who we are, but our genetic code is more like the first draft of a book and we are the movie adaptation: some chapters are lost, some characters altered, and these changes arise from genetic and environmental interactions.

While the generalization that “the MAOA gene predisposes to violent outbursts” is true for a population, it is much harder to prove that one person was affected in this way.

None of which is to say that genetic evidence might not have a role to play. 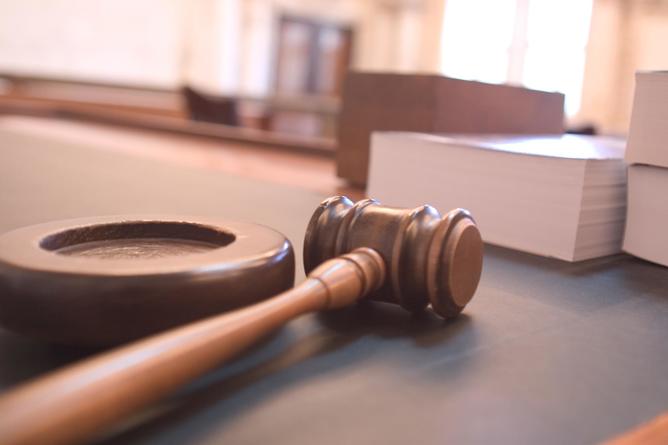 Judges are increasingly asked to factor in genetic evidence in sentencing. Flickr/Joe Gratz

In practice, diminished culpability suggests less severe sentences. Sentencing procedures are designed to account for the specific circumstances of a defendant, and evidence can be used flexibly. Many genetic arguments have used family history rather than genetic data.

In 2009, the defense in a US murder trial presented genetic evidence of low MAOA expression. The defendant was convicted of manslaughter rather than first degree murder to reflect his mental state and capacity. Two courts in Italy also altered sentencing in response to genetic data in 2009 and 2011. Here, sentences were significantly reduced in response to neurological and genetic evidence suggesting diminished capacity.

Despite the general approach to diminished culpability by judges, the public has a greater fear of defendants with genetic evidence supporting diminished capacity. This highlights the tension between the need to punish and the justification for containment in sentencing.

A focus on rehabilitation will help soothe this tension. Diagnosis of the defendant’s issues provides a stronger motivation to provide counseling and anger management services. These can allow for safety concerns while recognizing guilt.

We are all products of our genes and environment. Defendants do not choose, and cannot change, their upbringing any more than they can their genes. Yet bad childhood environments are rarely treated as complete excuses. Genetic evidence might inform answers to questions judges already ask, but it’s unlikely to pose a radical challenge to the way we think about crime and punishment.