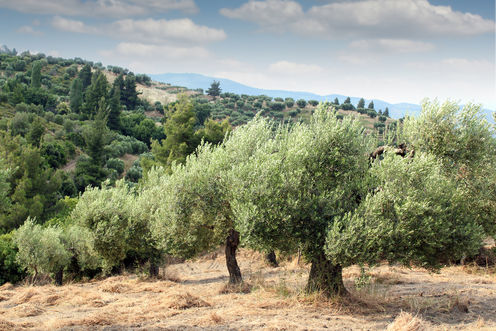 A common, humble field bug is spreading a disease that has already infected millions of olive trees in Italy.

Olive and citrus fruit crops throughout the Mediterranean are threatened, yet there has been a collective failure to recognize the danger and take decisive action.

In Puglia in southeastern Italy, 241,000 hectares of olive groves have been restricted, with at least 10% of the 11m olive trees in the worst-affected region, Lecce, infected by the Xilella fastidiosa bacterium. The disease has almost entirely wiped out the region’s olive trees in the two years since it was first detected, and threatens the olive crop elsewhere in the country.

Olive trees often hundreds of years old are completely destroyed by the wasting disease, which leaves them looking dehydrated as if burnt. The disease has spread at epidemic levels – quickly, and with devastating effect. Besides the great economic damage, olive trees are a tremendous cultural symbol of the region, and their loss is a huge blow to the region’s identity.

There’s also a convincing argument that the epidemic will spread to neighboring regions in Italy, and on to other parts of the Mediterranean. So interested countries such as France and Greece are demanding Italy take rapid steps to control the disease, before it gets worse.

Yet so far the only real action taken has been to apply the European Union protocol that requires the destruction of any olive tree and vegetation for a mile around the border of the affected zone, in this case the Salentinian Peninsula. Will this stop the diffusion of Xilella? The bacterium spreads easily as it cleverly uses a partner, the burrowing meadow spittlebug (Philaenus spumarius), one of the most abundant field insects, in order to enter the tree. The border management strategy so far reported by the Italian and EU authorities offers only tentative steps to limit the spread of the pathogen. It’s very hard to see that this will have any significant effect: the spittlebugs are not great fliers but can be carried many kilometers in a single day by the wind or on humans or animals. Officials have also discussed an export ban on the plants, but total control is quite impossible in a region where olive trees are so important.

I was consulted immediately after the disease was discovered, but various proposals to tackle the infection were rejected in favor of a policy that only followed the EU protocol, which we know to be ineffective. Since then I and many other researchers have worked in the lab to test other solutions.

Pesticides have performed an invaluable service around the world, preventing crop losses to various insect pests, and controlling the spread of insect-borne diseases such as malaria, dengue, or yellow fever. But there are several chemicals that are no longer effective due to growing resistance – from microorganisms developing resistance to antibiotics, to insects becoming resistant to insecticides. It’s possible that in the next 20 to 30 years all the currently used pesticides will have lost their effectiveness.

It’s possible to attack the bacterium by treating the olive trees with antibiotics, but this is extremely expensive and too complicated to administer to so many trees. The spittlebugs can be controlled by insecticide — in fact the bug’s larval stage is the best route, as it's possible to apply insecticide before they have grown wings to fly. But current chemicals are not useful, so we are working on a new line of insecticides based on natural products to tackle the Xilella problem.

The olive tree’s disease has three main players, the bacterium, the insect, and probably a symbiotic fungus of which we understand very little, in addition to the olive plant itself. They work together, acting like a “superorganism”. It is a very complex system, but in some way also very efficient.

The only way to face the Xilella challenge is integrated pest management, tackling all elements at once. A soil treatment to sustain the plant, a larvicidal insecticide to control the spittlebug, an anti-fungal treatment, and a natural, low-cost and eco-friendly antibiotic to treat the plant to help prevent infection from becoming established. It’s vital that we act strongly and soon, as the disease has already spread far.

Finally, perhaps the biggest challenge will be to gain the active cooperation of the local population and farmers, who so far have only suffered damage from the loss of their trees, and for whom the idea of slashing and burning millions of century-old trees is positively sacrilegious – even if it may be the best course of action in the long term.

By Marcello Nicoletti, Professor of Pharmaceutical Biology at Sapienza University of Rome.This article was originally published on The Conversation. Read the original article. Top image: Shutterstock