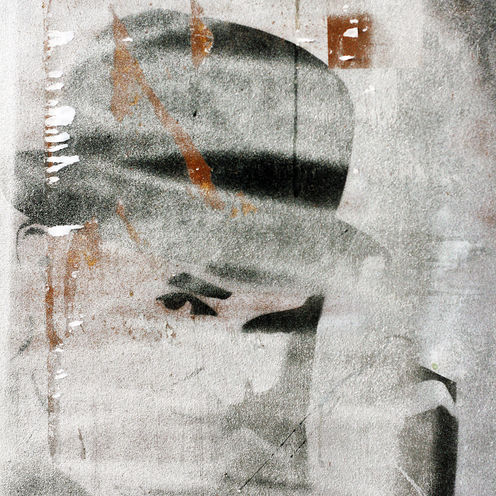 The Jack the Ripper murders are the most potent cold case ever. More than a century on from the first killing in 1888 they are still attracting global attention.

The Ripper case was important, and not only because 11 poor women suffered dreadful deaths.

Jack the Ripper was the first serial killer to catch the popular imagination, and is as fascinating now as he was 126 years ago. Jack probably did as much as anyone to persuade government to begin the task of making London’s East End a more congenial place to live.

In September a book by Russell Edwards, Naming Jack the Ripper, appeared to great fanfare. In an article in the Mail on Sunday, the author said:

we have finally solved the mystery of who Jack the Ripper was … we have unmasked him.

Edwards claimed he could prove a silk shawl in his possession was present at the murder of Ripper victim, Catherine Eddowes.

He also claimed that the evidence from the shawl proved incontrovertibly that she was killed by Aaron Kosminski, a young Polish Jew, who is generally held to be the same man as one “Kosminski” named and exonerated by a senior police officer, Melville Macnaghten in the 1890s, and later named as a suspect by Donald Swanson (a senior investigating officer in 1888).

The story was then taken up, it seemed, in almost every media outlet on earth. Those few outlets that suggested the odd doubt made little headway.

Rosalind Crone sagely noted on The Conversation that:

Solving the mystery of Jack the Ripper is a big claim – but seldom have so many words been written about so few pieces of meaningful evidence. Let’s take a closer look at Edwards' argument.

Edwards had purchased a silk shawl that, allegedly, had been obtained by a Metropolitan Police officer, Amos Simpson at, or near Mitre Square in the City of London where Eddowes died. Edwards wanted to prove this story, and hopefully, to make a link with the murderer – who he seems to have already decided was Kosminski.

The fact that Amos Simpson was a Metropolitan Police officer with no jurisdiction in the City, and was stationed at Cheshunt, 25 miles away, seemed of no interest to Edwards.

The shawl is described as having a pattern of Michaelmas daisies. This assumed great importance for Edwards – despite the fact that the flowers look nothing like daisies. He constructed an entire edifice in which the shawl assumes a huge significance for a recent Jewish immigrant around the Christian festival of Michaelmas, and its alleged economic importance in the East End of 1888. Frankly the work on this is risible. The shawl had previously been dated to the Edwardian era. If that holds, it could not have been at the murder scene. Edwards sent photos to Christies, Sothebys, and Dianne Thalmann. Christies thought the shawl was early-19th century and probably English or continental; Sothebys thought it later and “possibly French”.

Neither of these opinions suited Edwards and he dismissed them since they had only seen photos.

Thalmann hadn’t seen the real thing either. She thought it was early-19th century and “not English” – “but more I can’t say”. This was all Edwards needed to link the shawl to his already-favored suspect, Kosminski.

Edwards asked Thalmann whether the shawl could have been Polish or Russian. Her reply “I honestly can’t say, but it is possible”. Edwards was ecstatic. “I asked if it could be Russian or Polish. She confirmed it could well be … [Kosminsky] brought it over from Poland with him”.

Such movement from “possible”, “may”, or “could” to near, or even actual, certainty is typical of the book.

Another example: a scientist who examined material taken from an alleged semen stain was unable to find sperm heads is quoted as saying, “I would have expected to see them if they had been there…[but] cells like these are also found in other bodily fluids including saliva, sweat etc”. Edwards still claims that semen was the likeliest candidate as a source for the stain.

There are so many examples of conclusions not following from the “evidence” that it seems astonishing that it was picked up by a publisher.

So what is the magic ingredient that drew them to this work?

The answer is simple: DNA.

Louhelainen had, apparently, found a DNA match between the victim, Kate Eddowes, and a direct descendant, Karen Miller. According to Edwards and Louhelainen, a rare “global private mutation”, 314.1C in the mtDNA found on the shawl and allegedly matching that of Miller made it virtually certain that the shawl had been in contact with Kate Eddowes.

DNA in the semen (or whatever that stain on the shawl was) was found to match that of an anonymous member of Kosminski’s family, known as “M”. Little detail was provided apart from the haplogroup of the “suspect” given as T1a1, and said to be “typical” of Polish/Russian Jews.

The myth of the Ripper, and the myth of the infallibility of DNA evidence combined to create such a potent mix that few media outlets questioned the conclusions. For most commentators, the Ripper had been identified. Skeptics such as Rosalind Crone and or Steve Connor in the Independent were drowned out. Edwards and his collaborator, Louhelainen, “a world-renowned expert in analysing genetic evidence from historical crime scenes” could do no wrong.

Such was the power of the DNA myth that, with no professional scientists examining these claims, Edwards and Louhelainen had an unfettered run.

It was left to Ripper students on forums such as Casebook to examine these claims and find them wanting.

Their efforts culminated when, on October 19, the Independent finally exposed fatal flaws in the DNA surrounding the Eddowes match. There had been a basic error. The “vanishingly rare” mutation 314.1C was really the extremely common 315.1C. Four heavyweight DNA scientists agreed that the match had no significance at all.

Because of the paucity of detail for the Kosminski match, less can be said for the moment, other than that the claimed typicality of haplogroup T1a1 amongst east European Jews is simply wrong. It is in fact untypical.

Without a link between the shawl and the victim, the entire case against Kosminski falls. The Ripper has been un-named.

Crone wrote over a month ago, “I will be certain of one thing: Jack the Ripper’s identity will remain a mystery”. And so it has proved.

Mick Reed, Adjunct Senior Lecturer in Humanties at University of New England, does not work for, consult to, own shares in or receive funding from any company or organization that would benefit from this article, and has no relevant affiliations.