We Can Restore Cognition By Manipulating Where The Body Meets The Mind
By The Conversation | October 28th 2014 12:57 PM | Print | E-mail 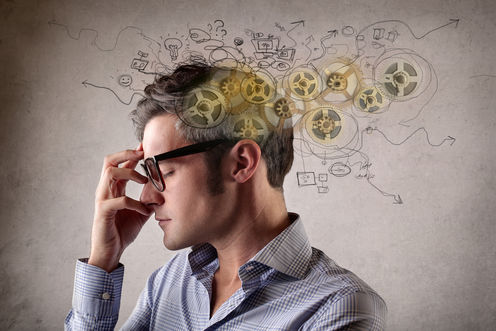 Targeting cognition through the body. Cognition by Shutterstock

When we age our whole body gradually deteriorates. This includes our brains, where our personality, memories and personal values reside. It is therefore understandable that dementia and memory loss are some of the most devastating hallmarks of aging, for the elderly, their families, and the healthcare system.

This is why researchers want to find ways to rejuvenate the brain and therefore maintain the young mind and cognition in old age.

Throughout our life, immune cells that circulate in the blood help maintain our bodies, yet the brain, structurally secluded from the circulation by an impermeable blood-brain barrier, was for years considered to be an organ which ideally operates autonomously.

However, work by our group has focused on a part of the brain called the choroid plexus. This tissue is found in the ventricles of the brain, where cerebrospinal fluid is produced, and acts as a unique interface between the blood and the brain: on one side it is exposed to signals from the brain and on its other side to the rest of the body and the circulation.

From previous work we know that the choroid plexus enables communication between the brain and immune cells present in the blood. This means that it could also reflect the status of the brain throughout life, and serve as a mediator from which immune cells support brain function.

But as brain function declines with age, we hypothesized that a possible reason might be dysregulation of choroid plexus activity.

In a study, published in Science, our group examined the activity of the choroid plexus in ageing compared to other body tissues, including the brain and immune organs such as the lymph nodes and the spleen.

We found that when aged, the choroid plexus was the only organ that produced a high level of Interferon-β, a protein generally associated with an anti-viral response – even though there was no viral infection.

To determine which set of signals – from the brain or the blood – causes the ageing choroid plexus to produce Interferon-β, we surgically connected old and young mice so they shared blood circulation. We found that the infusion of aged mouse blood to a young mouse did not induce Interferon-β at the choroid plexus, but when we exposed choroid plexus cells to the cerebrospinal fluid of aged mice in a culture in the lab, they showed signs of the anti-viral response.

This indicates that signals from the brain are involved in this phenomenon in ageing.

On average, 70% of aged mice suffer from cognitive impairments. So the next step in our investigation was to determine whether the aging-associated changes at the choroid plexus could affect brain function, including spatial learning and memory skills which can be easily tested in the lab by Novel Location Recognition (NLR) test.

In this task mice are placed in a defined environment with two distinct objects, which they explore for a certain time. The next day, one of the objects is placed in a different location; mice with good memory will recognize this change of location, and will spend more time exploring the relocated object, not the object that was not moved.

Using NLR, we first tested a large cohort of aged mice and selected only the ones that exhibited defective memory; we injected half of these mice, directly into the brain, with a treatment that interferes with Interferon-β activity. After two weeks, we retested the mice for their cognitive performance and observed that the old mice in which Interferon-β was blocked at the choroid plexus showed improved spatial memory.

Also, the number of newborn neurons in the brain, which significantly drops in old age, was elevated.

Given these recent findings, one can view the choroid plexus as a display window of brain’s status; when something goes wrong inside, it relays this signal to the immune system. We have learnt that targeting the brain itself is not the only way to treat its disorders, and the choroid plexus may serve as a new emerging target for restoring brain function. We hope that further research will allow us to learn more about the relationship between the brain and the choroid plexus, paving the way towards safe and effective therapies against brain disorders.