If you’ve ever needed a blood transfusion, or donated blood, you probably would have been asked your blood type. While it was once thought all blood was the same, we now know there are different types of blood, called blood groups. Transfusions between blood groups can be catastrophic, even deadly, so knowing the blood type of donors and recipients is of the utmost importance.

Our bodies contain trillions of red blood cells. Each is covered in an array of proteins and sugars, inherited from our parents, which determine our blood group. We can all be classified into group A, B, AB or O, based on which sugars coat our red blood cells.

We’re also classified as positive or negative, based on whether our blood cells carry a protein called the Rhesus D (RhD) antigen. These two blood group systems (ABO and Rh) give us the eight main blood types: O-, O+, B-, B+, A-, A+, AB-, AB+.

But there are also more than 300 different antigens – proteins and sugars that activate the immune system – expressed on red cells and 36 recognised blood group systems. And they’re just the ones we know about.

While most people know they are, for example, A+ or O-, few people will know (and never need to know) what their expression of other red cell antigens are.

How were blood groups discovered?

Transfusion has been practised intermittently since the 1660s. But blood groups weren’t discovered until 1900, before which it was assumed that all blood was of the same type.

This led to some catastrophic transfusions of animal blood into humans in attempts to transfer certain qualities (for example, so the recipient would become meek like a lamb). There were also some fatal transfusions between humans.

For this reason, the practice was banned in the UK and France for more than 100 years.

In 1900, physician Karl Landsteiner’s experiments showed that some people’s red cells “reacted” with plasma samples from other people, while others did not. This led to him describing the ABO system, the most important blood group system and the basis of safe modern transfusion.

After receiving the 1930 Nobel Prize for Medicine for this work, Landsteiner was experimenting with the blood of Rhesus monkeys when he discovered what is now known as the RhD antigen.

If we need to transfuse blood from one person to another, we want to give donor blood that is compatible with the recipient’s blood to minimise the chance of a transfusion reaction.

So if a person is group A, this means she can receive a red cell transfusion from either a group A or a group O donor. She should not receive group B or AB red cells, as she has naturally occurring antibodies (proteins formed as part of the immune response) that will likely cause a transfusion reaction, which may be serious – even fatal.

Around 31% of Australians are A+. It’s the second most common blood group after O+, which make up 40% of the Australian population. 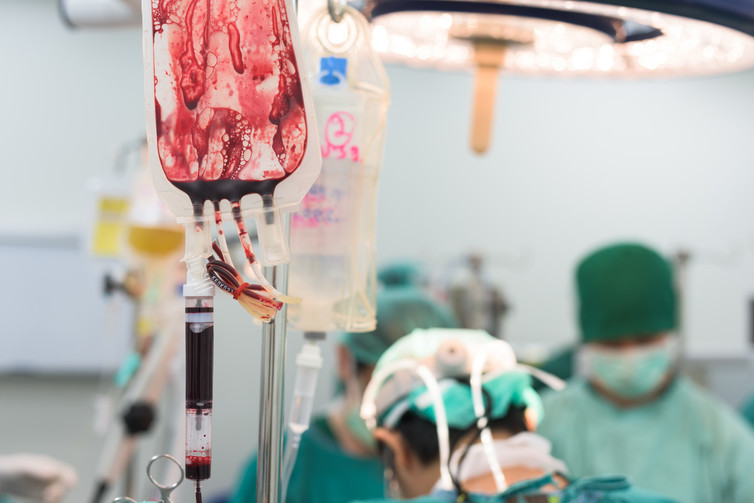 Emergency departments and some ambulances carry a stock of O negative blood, because in an emergency this is the safest blood to give a critically ill, bleeding patient of unknown blood type. Only 9% of the Australian population are O negative.

The Australian Red Cross Blood Service needs a diverse group of blood donors to meet the needs of our increasingly diverse patient population.

What are blood groups for?

It is likely all of the molecules that cover the surface of cells serve some purpose – often completely unrelated to transfusion.

One of the 36 blood group systems mentioned above is the Colton blood group. This is interesting because the molecules recognized by the immune system as Colton blood group antigens are actually located on an aquaporin (AQP1) molecule - one of a family of molecules responsible for water passage into and out of cells, and abundant in the red cell membrane. Professor Peter Agre and colleagues described this in 1992 and he received a Nobel Prize for this work.

Another interesting example is the Duffy protein, named after a hemophiliac patient Mr Duffy. In 1950, he developed an antibody to what we know today as the Duffy “a” antigen, to which he had been exposed by receiving a blood transfusion.

One of the known functions of the Duffy antigens is binding one type of malaria parasite, Plasmodium vivax, which grants it entry into the red cell, where it can multiply and then cause the cell to burst.

The red cells of people who lack Duffy antigens are more resistant to infection by this parasite. More than two-thirds of people of African origin lack the Duffy antigens, whereas it is rare for people originating from Europe or Asia to do so.

Many thousands of years ago, in Africa where the Plasmodium vivax-bearing mosquitoes flourished, people who lacked Duffy antigens were resistant to this potentially fatal form of malaria and survived to parent future generations, passing on this particular resilience to their offspring.

Fascinatingly, the normal function of ABO and Rh, the two most important blood group systems, is still essentially unknown. The frequency of ABO antigens varies greatly between different populations, and so it is thought that perhaps particular ABO blood types confers survival advantage in different settings.