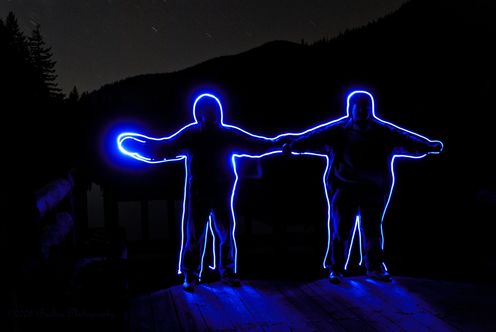 The Conversation organized a public question-and-answer session on Reddit in which Seth Shostak, senior astronomer at the SETI Institute, explained why searching for intelligent life is so important and why we may soon find it.

Why are we continuing the search? For instance, isn’t it true that radio waves become almost indistinguishable from background noise just a few light years from their origin?

We can detect radio waves from billions of light-years away, and without a whole lot of trouble, either. The idea that they become indistinguishable from noise at some small distance is incorrect. With a big enough antenna, you can always find the signal.

But the broader point is that we now know two things that we didn’t know 20 years ago. First that planets, including ones that might be like Earth, are incredibly plentiful in the visible universe. There could be a billion trillion cousins of our world. Second, life got started on Earth very early.

If intelligent life is not out there, then we have done far better than merely win the lottery. And if you think we are that special … well, consider that you might just be wrong. And that possibility makes it worthwhile to try to answer the question with experiment, rather than saying “I know the answer already”.

When you do eventually find intelligent life beyond the Earth, who would govern the announcement? Is there a protocol you need to follow before it becomes public?

There is a document. Briefly, it says, check the signal to make sure it is truly extraterrestrial. Then announce it to the world, and consult internationally before transmitting a reply.

But, in reality, it will be a mad media scramble, and the scientists will be trying their best to learn as much as they could about the signal.

How would such contact proceed? As Stephen Hawking believes that based on how we as humans treat many forms of less intelligent life on earth, do you believe that it is likely that higher forms of life would not have our best intentions in mind at the point of contact?

We will probably develop strong artificial intelligence (AI) in this century. That suggests that any signal we might pick up will be coming from AI on their end. To impute the kinds of motives described in many of the postings here to such “intelligence” seems largely ungrounded. We have no idea what would interest them, but destroying us seems a bit too self-centred.

Can you tell us about the WOW signal and its importance?

It was nothing more than a drift plot on a computer’s line printer that showed up once. Not a second time, even though it was looked for only a minute later. There were lots of such “one-offs” in the old days of SETI, and there is no good evidence that any of them were extraterrestrial signals.

How often does something happen that makes you say to yourself ‘This could be it?’

Thanks to filtering out of interference by our computer programs, a “this could be it” moment only occurs very infrequently. The last good one was in 1997.

What do you think about the Fermi Paradox which states that perhaps life is not so abundant, because if it were it would have contacted us already?

The Fermi Paradox is a big extrapolation from a very local observation. We don’t see any obvious evidence of galactic colonization around here. So they couldn’t be out there. Really? I don’t see any evidence of mega fauna in my back yard, so maybe there aren’t any …

You can find many ideas about why galactic colonization isn’t much of a desideratum for advanced intelligence, and the fact that people can cook up plausible reasons should cause you to consider the Paradox as an interesting idea, but not a very meaningful observation.

What are your thoughts on panspermia – the idea that life exists throughout the universe in microbial form distributed by celestial bodies like asteroids?

Panspermia might be occurring, although most of the astrobiologists I have talked to about this opine that, while bacterial spores could survive a trip within a solar system, they wouldn’t make it between solar systems.

Chemistry suggests that carbon-based molecules are probably the best bet for biology. But SETI doesn’t make any assumptions about this.

How many in your field worry about Bill Watterson’s quote that “The surest sign that intelligent life exists elsewhere in the universe is that it has never tried to contact us”?

To begin with, the assumption (it has never tried to contact us) is a statement without any proof at all. The self-effacing part of this quote … that we are not worthy of being contacted … is more about Watterson than about humanity.

Seth Shostak, Senior Astronomer at SETI Institute, does not work for, consult to, own shares in or receive funding from any company or organization that would benefit from this article, and has no relevant affiliations. He and colleagues at SETI produce a one-hour weekly science show called Big Picture Science.