The awe of staring into the never-ending black sky is what brings thousands to the hilltops every year; myself included. I have always been interested in astronomy and the vastness of space. Even as a thirteen year old I was wishing upon stars, plotting constellations, and dreaming of venturing to a world beyond...

Knowing how much I loved the sky, my mother set up a trip to the Sierra Nevada's to catch a glimpse of the miraculous night sky. The view was beautiful, just dazzling with stars brighter than I had ever seen. Looking up into a world of pearls nestled in a black canvas, shimmering wildly, and in contrasting colors ... but I wasn't going to settle for just looking at the dots in the sky; I wanted to see the planets up close. To define their unique characteristics and so on, so the few dozen astronomers who had hosted this event set up their telescopes, directly pointing them at various stars and galaxies.

I will never forget the feeling it gave me... an irresistible sense of insignificance when I peered into space, almost a euphoria. Realizing that I was smaller than a speck of dust in the whole scheme of things baffled me, and it changed my perspective toward many things as a result...

It was an exhilarating experience and it included the outstanding pleasure of seeing other worlds as well as S'mores by the campfire when the event was through. Needless to say, when I returned home the following night, I immediately ran outdoors to capture the remarkable sights yet again. Only something had drastically changed; the millions of stars I had seen the night before were reduced to a handful - if that. 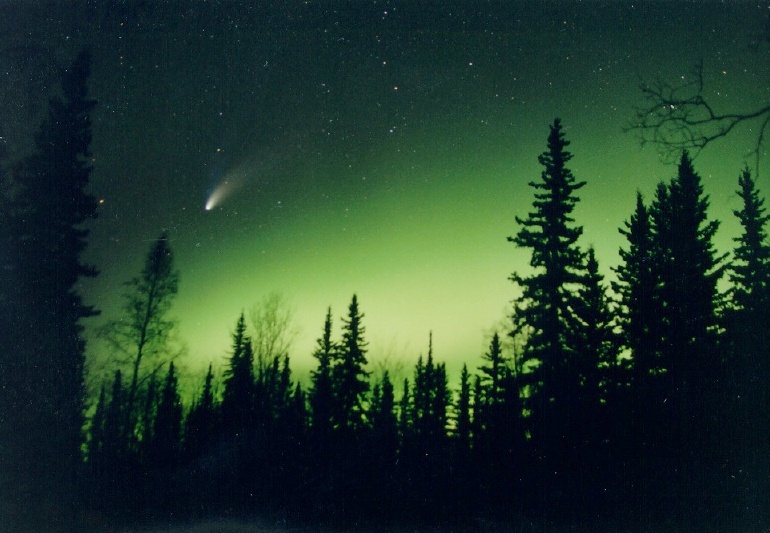 Why couldn't I see more stars at home? The nice term is 'sky glow' but it's really just light pollution. Bright outdoor lighting is a growing issue for astronomical observers because it significantly reduces the contrast of stars.

Imagine staring at a bright light for a few minutes, then going outside and trying to observe millions of tiny stars. Probably won't work out too well...

The Windows to the Universe project at University Corporation for Atmospheric Research (UCAR) in Boulder, Colorado is hoping to spread awareness of this issue by organizing The Great World Wide Star Count, which takes place after dark from October 20th to November 3rd.

"The star count brings families together to enjoy the night sky and become involved in science," says UCAR's Dennis Ward. "It also raises awareness about the impact of artificial lighting on our ability to see the stars."

This second annual event is open to anyone wanting to participate, and its goal is to help scientists map global light pollution like never before. Observers will be asked to track a constellation specific to their hemisphere, and record their observations.

"By searching for the same constellation in their respective hemispheres, participants in the Great World Wide Star Count will be able to compare their observations with what others see," says Cliff Jacobs, program director in NSF's Division of Atmospheric Sciences. This "give[s] them a sense of how star visibility varies from place to place."

Nearly 7,000 participated in the 2007 star count and they are expecting that number to double this time around. The star count next year will be part of a "cornerstone project" initiated by the International Astronomical Union and the U.N. Educational, Scientific, and Cultural Organization (UNESCO). The 2009 International Year of Astronomy is a global effort to promote interest in astronomy.

"Without even being aware of it, many of us have lost the ability to see many stars at night. Part of our goal is getting people to look up and regain appreciation of the night sky."

Details for participation can be found on the Great World Wide Star Count Website, and you are welcome to post your observations as comments here... Happy Stargazing everybody!!!
Variety Tap
More Articles All Articles
About