The Emperor Has No Clothes: The Failure Of Hydroxychloroquine As A COVID-19 Treatment And The Science That Explains It
By W. Glen Pyle | June 2nd 2020 12:42 PM | Print | E-mail

W. Glen Pyle
The antimalarial drug hydroxychloroquine, touted as a miracle cure for COVID-19, appeared to have had it’s Titanic moment, at least according to a study published in the Lancet. The retrospective study analyzed the records of patients from 6 continents and found that not only was hydroxychloroquine not an effective treatment, its cardiac side effects were potentially dangerous. But this was just the tip of the iceberg, and the results were disastrous.

The retrospective study by Mehra and colleagues included 96,032 patients from 671 hospitals who were hospitalized for COVID-19 between December 20, 2019 and April 14, 2020. Patients were treated with hydroxychloroquine or chloroquine alone or in combination with a macrolide antibiotic such as azithromycin or clarithromycin, starting within 48 h of laboratory confirmed diagnosis of COVID-19.

In-hospital mortality reached 18% for COVID-19 patients treated with hydroxychloroquine compared to 9.3% in the control group. The addition of an antibiotic to the treatment increased mortality to 23.8%. Chloroquine produced a similarly elevated level of mortality with 16.4% patients succumbing to COVID-19, rising to 22.2% when antibiotics were included. 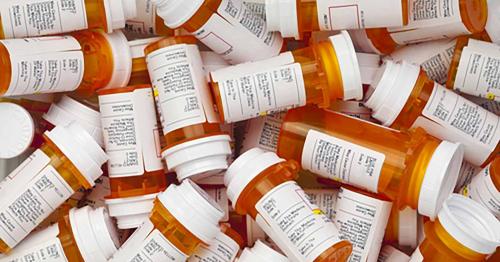 The data published by the Lancet were clear, stark, and it turns out, fraudulent. Shortly after publication it was noted that the number of participants listed in the Australian group did not match previously reported values. This seemingly minor error was attributed to the misclassification of a hospital located in Asia to the Australian group. The numbers were corrected and the conclusions remained intact.

Despite the clarification, concerns over the study persisted and a letter signed by 180 researchers from around the world pushed the Lancet for a more rigorous review of the study. The scientists raised concerns about a number of factors including inappropriate adjustments for confounders, an apparent lack ethics review, transparency in the dataset, and data that did not seem plausible. They called for the Lancet and the authors to release details on the original data used for the study including confirmation that the patient information was obtained ethically and legally, and for an independent analysis of the study’s data. Ultimately the authors were unable to verify the data on which their conclusions were based, and in a letter published by the Lancet 3 of the study’s authors requested that the paper be retracted.

For some who championed the use of hydroxychloroquine for the treatment of COVID19 there was a sense of validation, as the therapy continued to offer hope. And in the politically charged atmosphere that permeates so much of the COVID19 pandemic, accusations of deliberate deception, corruption, and other nefarious actions were flung from both sides. While research misconduct is not a trivial matter and should not be pushed aside with little regard for the real life consequences that it has, one question that has arisen out of this debacle is: does the study matter? Do we need another observational study to test the therapeutic potential of hydroxychloroquine, or is the answer already available?

A Fairy Tale in the Making

A Dog’s Breakfast of Research

The hope for hydroxychloroquine started with a study by a French research team led by Dr. Didier Raoult, but like the Mehra study in the Lancet, the seemingly positive results quickly collapsed under equal amounts of scientific criticism and accusations of data abuse. In the months following the initial investigation of hydroxychloroquine treatment of COVID-19 patients a plethora of studies have inundated and confused scientists and the general public alike. Recent reviews by Hernandez and colleagues and Das et al assembled the masses of studies and came to the same underwhelming conclusions: the data, while sometimes inconsistent and even contradictory, fail to show any significant benefit with hydroxychloroquine or chloroquine treatment as compared to conventional therapies, including when supplemented with azithromycin. Too Little, Too Late

How does a promising therapy turn out to be so ineffective? In the case of hydroxychloroquine and COVID-19 it is too early to know why, but timing might be a key factor.

In studies using isolated cells the treatments were provided before infection, providing a prophylactic effect. While patients in many studies are given treatments as soon as possible after diagnosis, trying to slow an already active infection might be too much to overcome. COVID-19 symptoms take 5 to 6 days to develop and may be as long as 14 days. Even if treatment is provided at the first appearance of symptoms, this could means patients have been infected for up to 2 weeks before therapy begins.

Owner of a Broken Heart

Proponents of hydroxychloroquine have defended its safety by pointing to its use for malaria, lupus, and osteoarthritis, while opponents warned about known cardiac threats. Although both sides have valid points, the data show that in COVID-19 patients the risk outweighs the benefits.

The heart contracts and relaxes by allowing small amounts of ions to flow in and out of cardiac muscle cells. The movement of ions creates electrical charges similar to nerve impulses. When the flow of ions is disrupted it impacts how cardiac muscle cells and ultimately the heart contract: the irregular movement of ions creates a chaotic contraction called an arrhythmia. If an arrhythmia is severe enough it can be fatal.

Hydroxychloroquine is tolerated in most patients for the treatment of lupus, rheumatoid arthritis, and to prevent malaria. But the data put forth by studies involving COVID-19 patients show some cause for concern. A retrospective study published in the journal Heart Rhythm found that 23% of COVID-19 patients treated with hydroxychloroquine exhibited high risk markers for arrhythmias and sudden cardiac death. The peak risk for arrhythmias occurred after only 4 days of treatment, and 4 days after the end of treatment 20% of patients still exhibited signs of high risk. What was particularly concerning about the findings of this study was that QT prolongation – a pattern on electrocardiograms that is often cited as a pathological change associated with hydroxychloroquine treatment – was absent in 72% of patients who were at high risk for developing an arrhythmia. Without this telltale sign the chances of missing symptoms of impending arrhythmias increases the risk of sudden cardiac death.

Some early studies that failed to show benefits with hydroxychloroquine or chloroquine were criticized for the failure to include the macrolide antibiotic azithromycin. But the addition of this compound did not improve outcomes as noted in the systematic reviews led by Hernandez and Das.

Azithromycin provides a one-two punch that could serve as the knockout blow when given with hydroxychloroquine or chloroquine. By itself azithromycin can cause arrhythmias and sudden cardiac death. While therapeutic doses are chosen to keep the concentration of azithromycin below toxic levels, over time it accumulates in cardiac muscle cells and can reach levels up to 220-times higher than therapeutic concentrations. These dangerously high levels may explain the increased risk of arrhythmias in COVID-19 patients whose treatment was supplemented with azithromycin.

Is It Over Yet?

The lack of any clear benefit with hydroxychloroquine or chloroquine treatment of COVID-19 patients coupled with significant risks caused some clinical trials to stop, and led to calls to end remaining studies. Given the data and pressing need to dedicate resources to the most promising options this seems reasonable. However, some scientific and medical organizations have offered guidelines to help manage risk and allow for prospective randomized clinical trials to proceed.

There are two main arguments to support the continued investigation of hydroxychloroquine or chloroquine as therapies for COVID-19. The first is that while retrospective studies offer valuable information, they have limitations that are overcome in prospective randomized clinical trials, which are the “gold standard” for clinical investigations.

In the debate about continued research one point is widely supported by medical societies: hydroxychloroquine or chloroquine should only be used under the supervision of medical professionals, following recommended guidelines, and within the tight restrictions of registered clinical trials. The widespread and uncontrolled use of these therapies puts the health and lives of users at risk, and threatens the well-being of individuals who require these drugs for valid medical reasons.