Alex "Sandy" Antunes
How much does science cost-- and how much does it cost to turn science off?  I know science can be done cheaply.  After all, you're listening to a guy who is building a satellite in his basement, for fun.  Yet while the satellite is paid for, even I'm hitting costs for the science part-- the ability to do something useful with the hardware once it's up.  In fact (shameless plug time) I've launched a Kickstarter fund drive where you can get cool Project Calliope space memorabilia for the next month only-- visit it!  Pass this link around through facebook, twitter, your network of choice: http://tinyurl.com/calliopebase!  Fund amateur science!

Back to my point.  What happens when science gets no money, zero, nada?  With the anticipated US government furlough, a lot of science is going to go dark.  You can't just turn off science, though.  It's not like a TV, that you can just turn it off, then turn it back on.  On second thought, it's exactly like a broadcast TV-- if you turn it off, you miss the show that's on.

Imagine a world where TV shows never get released in DVD, episodes are never re-run, and there is no YouTube or internet video.  A world where a TV episode shows once, just once, and if you miss it, you'll never see it.  That's called the 1970s, but it's also how science works.

If you close a government lab, you don't pause the science, you kill it.  Nature has a writeup on how medical and biology research dies if you 'furlough it'.  Truly dies-- cell cultures, unmaintained, expire and set the research back.  For one lab, they estimate the loss as $10,000 per researcher.

If you're doing long-term monitoring of an astronomical object, or the behavior of the atmosphere, or how an animal population tracks over time, data gaps will greatly screw up your science.  Ignoring the economic drive that technology provides, just from an 'advancing the world' stance, and turning off perfectly good, approved research programs that are producing results because of politics is, well, bad science.

With space science, most of NASA's websites will go dark.  A small matter, but you have to step back and think why a perfectly functioning entity is being shut down.  In the case of NASA online, it's because of security.  Back when I worked at GSFC, a sys admin gave a talk on how NASA was the most popular target for hackers.  You get all the street cred of hacking a major government institution, with none of the guns-bombs-boom retaliation you'd get if you hacked the CIA or NSA.  There are multiple hacking attempts on NASA daily.

With the furlough, they have to turn off the web because you can't secure that large a system without people.  Some closed net and internal systems-- such as the ones that handle archiving data as it streams from satellites-- may survive, but (as one email notes) "personnel will be allowed on site only to fix anomalies".

You might argue "just make the web sysadmins essential personel so the web can stay up".  Sorry, in a shutdown you can't pick and choose stuff because you want or like it, you have to define essential as 'health and safety', not 'healthy, safety and fun'.  And in a shutdown, you can't let people volunteer to work without pay, for the same reason a shopkeeper won't let a customer mind the store for a week as a volunteer.  Once you're not staff, giving you the keys is, unfortunately, a risk from an operations and legal standpoint.

Here's my own tale of a furlough, from the 90s.  We were preparing for the upcoming satellite launch when the furlough hit.  Now, satellite operations people were deemed 'essential' because they need to make sure the satellites stay alive even in a NASA shutdown.  Software developers were not essential and could not show up to work.

Problem is, the satellite hadn't launched, and the software devs were on deadline to finishing prepping the ops system for launch.  We ended up with the strange situation of operators sitting in a non-functioning control room, because they were 'essential', bored out of their minds.  Actually, they played networked Doom on the multiple-monitor rigs there because, hey, there wasn't any flight software to test because all the developers were furloughed.

I'm happy to agree that we need to discuss budget priorities, but the cost of shutting labs and centers down is huge.  We lose money, we lose data, we lose resources, and we lose science when funding is shut down.  We call this temporary, but what if we decide to cease funding for science entirely?

Imagine if this became permanent, if the entire concept of government-funded basic research was eliminated.  I suggest this would be the quintessential 'bad thing'.  We live in a material world, and the drivers of that are science and technology.  Pure research invents stuff-- some useful, some failures.  Engineers take what pure research discovered and build cool stuff that works.  Private industry takes the coolest of the cool stuff, makes it cheaper to create, and sells it to millions.  Everyone's quality of life goes up.  That's the great Path to the Future.

The private sector can't save us from 'science deficiency syndrome' (SDS).  In fact, the private sector relies on government-backed science.  Part of this is good corporate pragmatics.  Looking at history, the strongest research labs often did not profit from their own research-- other companies did.  The GUI, window, and mouse invented at Xerox/PARC inspired Apple and Microsoft and birthed the modern computer revolution, but didn't help Xerox.

Going with an example I worked with, early CCD development was basically funded by astronomy.  Back then, you could buy CCD detectors for $10,000 each, and you'd have to buy 5 to end up with 2-3 that worked.  But, that funded the research into different designs, that ultimately led to how cell phones today all can contain a tiny camera at a cost of pennies.

Can you can fund NASA with a bake sale?  Can an indy satellite mission succeed with telethon-style funding for its science component?

We need the "5th estate"-- universities and academia and government-funded research by contractors-- to create the discoveries and developments that private companies can then capitalize on. 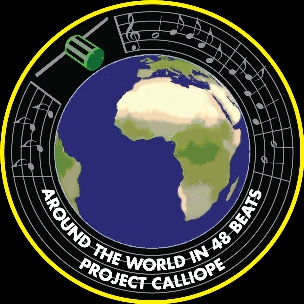 And act now to get limited edition mission patches and flight pins for Project Calliope, and contribute to space science today!
The Daytime Astronomer
More Articles All Articles
About