A new paper has been published regarding the significance of 2D:4D (the length ratios of the 2nd (index finger) and 4th (ring finger).

A joint research team from the Kochi Branch of NHK (Japan Broadcasting Corporation), the Osaka School of International Public Policy, Osaka University and the Institute of Social and Economic Research, Japan, measured the finger lengths of 142 Japanese professional sumo wrestlers :

"We found that sumo wrestlers with low 2D:4D had higher sumo ranks and better winning records. The significant negative associations between 2D:4D and the athletic prowess of sumo wrestlers provide further evidence of the possible link between high testosterone levels and muscle strength. The relatively small effect sizes found in this study, however, imply that 2D:4D may be a weaker predictor for sports requiring explosive power than for those requiring endurance."

Their research paper : Second to fourth digit ratio and the sporting success of sumo wrestlers is published in the journal Evolution and Human Behavior 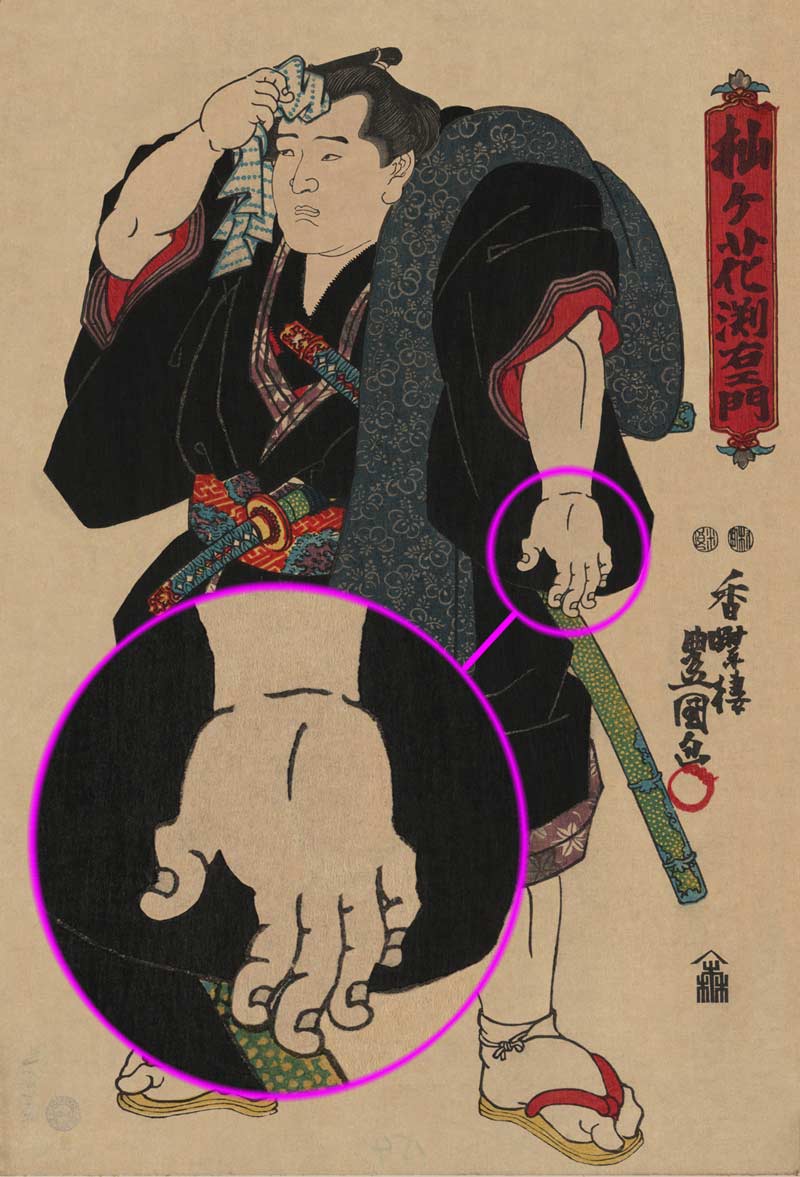 The image above (via Wikipedia) is a photo of a woodcut print (circa 1850) depicting the famous Sumo wrestler Somagahana Fuchiemon. The wrestler’s left hand has been digitally enhanced, clearly showing Fuchiemon’s 2D and 4D ratio – from which conclusions may, or may not be drawn.