Government Is The Sugar Daddy Of Science, Not The Epsteins Of The World
By Hank Campbell | November 7th 2019 08:03 AM | Print | E-mail

Hank Campbell
Writers are going to find a way to make their work topical. The most important article I ever wrote (in my estimation), in the Wall Street Journal, came out about five weeks after I wrote it, and with a different lede.

The news cycle had kept pushing it back but then a new event occurred which made it compelling and the editor saw the hook and had me redoo it, but the rest was evergreen facts.

When I read an article in The Atlantic about science funding I had also the feeling that the writer already had an article accepted on it, but it sat there because other things got priority, and then the editor offered a new hook, and it got reworked to fit that. Because making an article on science funding about confirmed creep Jeffrey Epstein just feels...forced. 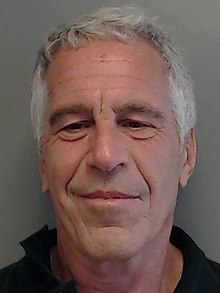 It's not a bad article, it is just out of phase with reality in such a way that it looks like an effort to make a legal topic relevant to science funding culture.

If you are not familiar with Jeffrey Epstein or the MIT Media Lab, they took money from him. Sorry, #cancelculture, get me fired from my gig on Saturday Night Live for saying so but I thought they were fine taking it. The choice, in hindsight, was to use his money to do something useful or let him keep it and pay awful human beings to help him be a sexual predator. When Greg Crossman, controversial CEO of exercise video company Crossfit, wrote me a letter demanding I stop taking funding from Coca-Cola that I never took, I jabbed back at him with a letter promising that if he sent me the $50,000 they never gave, I would never take the $50,000 from them I never got. My being much funnier than him must have hurt his feelings because he then spent 5 seconds on Google looking for a group that invents nonsense about the science community ("Monsanto loving", they claim about me, because I've never gotten a penny so they can't say I was paid by Monsanto to support biology) and he gave them the $50,000.

Science lost on both counts, because Coke has never given us a penny, nor did he, and a group that was created to attack the science community got $50,000 more to buy conspiracy op-eds in The Guardian with. U.S. Right To Know were rewarded for being anti-everything cranks and science was harmed.

But were they wrong to take it, even though you know US Right To Know Chief Denier For Hire Gary Ruskin despises athletes? Absolutely not, (1) and I would not be wrong to take money from Coca-Cola either.(2) If the choice was to have Crossfit give Science 2.0 money or have their CEO give it to vaccine deniers, yes, please help us educate the public instead of harming kids.

There was a lot of fake posturing about MIT and Epstein recently so it's no surprise Atlantic writers were jumping onto that bandwagon, but claiming it's a sign that scientists are desperate because government does not do enough is so naively fantasy-land progressive it's as disappointing as it is predictable. As I'll show, government does plenty. So much they are the sugar daddy of science.

Still, it's The Atlantic. They have unlimited money thanks to the Apple fortune, so presumably they pay the best writers.  Therefore any argument has to at least be smartly written, right?

"Historically, research has been funded by grants. Government agencies and foundations announce that they want to fund X, and you, the scientist, write a proposal about why you’ll be awesome at X. If they agree, they give you money to do X."

Well, no. That's not right. And it is easy to know that's not right, which makes it hard to trust the thought process behind the rest of the piece. This is The Atlantic, prized for astute, critical thinking, not breezy 'I heard it somewhere' anecdote. And then the article says "That system has fallen apart. Thanks to funding cuts, getting government grants is like squeezing water from a stone."

Also not correct. We don't have a funding problem, our problem is over-supply of Ph.D.s who want to stay in college; government has spent $5 billion promoting university careers in science because they wanted the best scientists working on programs the government chooses, and young people bought into the suggestion that academic science is more ethical than "corporate", so now universities produce 6X as many Ph.D.s as there are available jobs each year - all sold on the dream that academic science is independent ethical science, which suggests the private sector, nearly 70 percent of science funding in America, is not.

It unfortunately also means many of those people are idealistic enough to believe they deserve funding just because they choose to try and stay in academia.

Prior to World War II, universities were the key source of funding - since few people went to college it meant academia was more for love than money - so even prominent scientists in research only earned about $12,000 in today's money in grants. They had to teach or see patients or have a rich family to earn a living.  After robber barons wanted to repair their reputations their foundations also became a source of funding for the real elites in fields, and then World War II created the era of government science, after scholars discovered if they simply did what government wanted it would be the sugar daddy and throw them enough money to also do the work they wanted.

Ernest Lawrence showed academics how to schmooze government and with their wealth he poached the best scientists because he could pay them a salary at Berkeley higher than, for example, entire labs had as their annual budget at MIT. About $225,000 in today's money. Today, the average salary in even the New York University Arthur L. Carter Journalism Institute is that high, and only a small fraction of them even have Ph.D.s in a humanity much less science. That gigantic increase was not due to people like Jeffrey Epstein being sugar daddies, it was due to government - with larger grants and for the last 30 years unlimited student loans, which allowed universities to charge tuitions and pay scholars without limit. 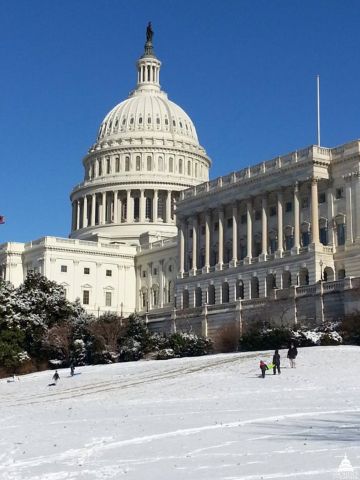 Government funding is a slippery slope in more ways than one.

At the time, Lawrence was jeered at by more serious scholars, who believed science should be about passion and discovery, but the salary arms race was on whether they participated or not. After the success of the Manhattan Project his critics all got washed away by the tide, to such an extent that by the time President Eisenhower left the White House he warned of not only a government-funded military industrial complex but also an academic-political one; "public policy could itself become the captive of a scientific-technological elite." He worried that academics who chased government money would start to write grants to get grants and they would become tools of politicians, who would use their work to state ' the evidence says Z' when really it is only hand-picked government scientists saying that (3) while people outside the government-created consensus were left to starve.

Even by 1960, government had become the sugar daddy of science. Some billionaire here or there giving token donations to MIT is not changing anything about the nature of funding. When the founder of Facebook declared he was going to invest $3 billion in "curing disease", it was government-funded scientists who jeered at him for believing his funding would tip the scale. They noted that $3 billion is a drop in the bucket, as is $20 billion, just the US government spends $80 billion each year and companies spend $160 billion. Government would have written the check 40 years ago if an extra few dollars would accelerate the process.

Others derided his goal, instead advocating for the 20th century "just keep giving us money and maybe something will happen" mentality about philanthropy. Yet an article in The Atlantic can claim more government funding is needed and academics ... cheered. They should be cheering at anyone offering money, and stop worrying about what political allies at Natural Resources Defense Council or Earthjustice think about their grant sources.

It isn't the Epsteins of the world that are the sugar daddy for science, it is Washington, D.C., but posturing that it is any less ethical taking money from them than taking money from Jeff Epstein would be as ridiculous as the inverse. It doesn't matter where your funding comes from, it matters what you do with it.

Any group that smears the science community using simplistic 'follow the money' claims about corporations or people are the ones actually selling us something.

(1) He may regret giving it to them, since they are an ethically cancerous group that does the opposite of what he claims to want with Crossfit (good health regardless of wealth) not to mention it makes him aligned with their queasy anti-vaccine sympathies.

(2) What about Altria? That I would have to send to my board of advisors. I am averse to taking money from any company that sells cigarettes to Americans but $50,000 could fund an entire program. So I wouldn't want to capriciously penalize the science community so I could feel good about myself. The $50,000 is not a big deal to me but when a post-doc makes $40,000 for an entire year, writing a program for us could pay a lot of bills. But if Science 2.0 were just me, no, I wouldn't take the money.

(3) PM2.5 is a perfect example of where a government group chose a belief, found a statistical correlation to match it, and then threw money at everyone who would say it was true. National Institute of Environmental Health Sciences is arguably the most anti-science division of the NIH and its chief culprit has retired, but they have shown no willingness to lurch away from scaremongering and back toward science.
Science 2.0
More Articles All Articles
About