About Hank I founded Science 2.0® in 2006 and since then it has become the world's largest independent science communications site, with over 300,000,000 direct readers and reach approaching one billion.

Revolutionizing the way scientists Communicate, Participate, Collaborate and Publish is the goal of Science 2.0 ® and it is a work in progress, so if you agree, sign up and help. I've also written for USA Today, Wall Street Journal, Wired, Investors Business Daily, Chicago Tribune, Detroit News, LA Times,The Hill, CNN, American Thinker, Federalist, San Diego Union-Tribune, New Scientist, Genetic Literacy, Food Quality & Safety, and many more places. Down below are ways to reach me on social media, like Facebook, Twitter and LinkedIn, and you can also send me email through this page.

My first book, Science Left Behind, was the #1 bestseller in Amazon environmental policy books. Some reviews:

Scientific American - “...the left's sacred values seem fixated on the environment, leading to an almost religious fervor over the purity and sanctity of air, water and especially food. Try having a conversation with a liberal progressive about GMOs — genetically modified organisms — in which the words “Monsanto” and “profit” are not dropped like syllogistic bombs.”

Forbes - “on many of the most critical issues of our time, the “progressive” perspective is often rooted in out-dated, anti-empirical, junk science paradigms that threaten innovation—and are beginning to unnerve the most scientifically minded thinkers on the left."

Huntington News - "Groundbreaking…If I were teaching journalism, this is a book that I would require my students to read and absorb -- and keep for reference.”

Science Based Medicine - "pure music to the ears of science-based medicine. They agree that the anti-vaccine movement is based on outright lies, they call the Huffington Post a laughingstock of the scientific community for its endorsement of CAM, they call for the NCCAM to be abolished, [and] they explain why presenting data about relative risks rather than absolute risks is misleading."

Below are books I wrote or collaborated on:


Below are various other places to reach me.

Search For Articles By Hank
Hank's Articles This is a list of the latest articles and blog entries that Hank has written. CBD Has Broken Desire For Clinton-Era Free Passes Of Supplements By FDAEpidemiologist Claims Bacon Causes Type 2 DiabetesDecaf Coffee Using Biology Instead Of Chemicals - Which Science Will Activists Hate More?Less Air Pollution Has Meant More Fertilizer In FarmingA Sign The Pandemic May Be Over: Media Tout Study Claiming Nutrasweet Gave A Mouse Anxiety Click here to read all of Hank's articles.
Hank's Gallery
Click on an image to see the full-size picture. 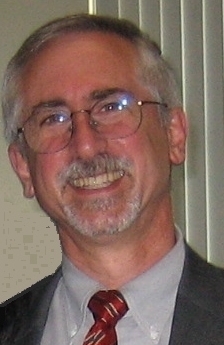