Tweet
The U.S. National Science Foundation is seeking nominations for the National Medal of Science from February 7 through May 20, 2022.

The National Medal of Science is awarded for cumulative contributions to knowledge or sustained impactful work in science and humanities fields, including biology, geosciences, and physical sciences, plus computer and information areas, education and human resource development, engineering,math and social, behavioral and economic areas.

Since its establishment in 1959, the medal has been awarded to 506 people. It was opened up to non-science fields in 1979 and the awards ceremony is organized by the Office of Science and Technology Policy, which as of today is still run by Eric Lander. The ceremony takes place at the White House where the medals are presented by the President.

To nominate someone, start here. 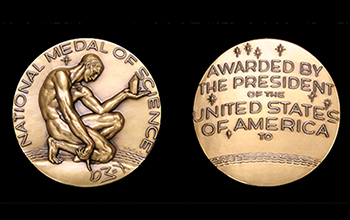