Pancreatic Cancer May Be Spread By Survival Mechanism
By The Conversation | January 22nd 2015 06:00 AM | Print | E-mail 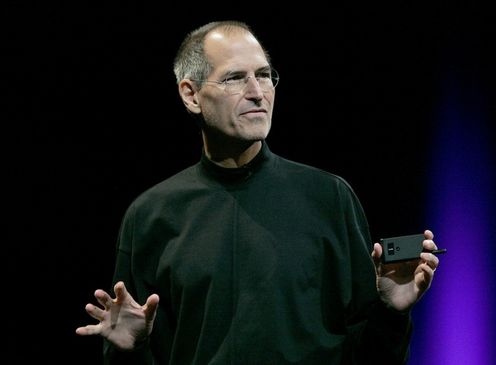 Pancreatic cancer is a devastating disease. With a ten-year survival rate of just 1%, it has the poorest prognosis of all solid tumours. The main reason for this is that tumors of the pancreas largely develop without symptoms. Therefore, by the time many patients are diagnosed, the disease has advanced to a metastatic and incurable stage.

Metastasis, which describes when cancer cells leave (or disseminate from) the primary tumor and spread (or invade) to other organs in the body to form secondary tumors, is the main cause of cancer-related death. Hope for improved prognoses for many cancer patients lie in the ability to detect and diagnose the disease before it reaches this deadly stage.

Currently, there are no programs available anywhere in the world to screen for pancreatic cancer in the general population. The main reason for this is that we lack the suitable screening and diagnostic tools to detect at-risk individuals. In order to develop new methods to detect and diagnose this disease earlier, we need basic research to increase our knowledge and understanding of how this disease starts.

In recent years our knowledge of the genetics and pathology of pancreatic cancer has improved considerably. Genetic profiling of human disease has allowed researchers to estimate the timing of the development of the various stages of the disease and revealed that, on average, a primary tumor expands and grows within the pancreas for a decade before spreading to other organs.

This suggests that there is a broad window of opportunity to detect and diagnose the cancer early – providing we have the right tools. However, we still do not know enough about how this disease begins and develops at a cellular level.

Under normal, healthy conditions cells undergo a program of cell death, which causes them to self-destruct when their use is over. Over a cell’s life span, mutations can occur in specific genes, which transform the cell to become abnormal. Transformation of a cell disrupts this vital process of self-destruction and the cell continues to grow and divide without control. Therefore, transformation of cells is the first step in cancer development.

Pancreatic ductal adenocarcinoma, or PDAC, is the most common form of pancreatic cancer, which begins with non-invasive precursor lesions. These microscopic lesions develop primarily from the epithelial cells that line the ducts in the exocrine pancreas that become transformed when a specific cancer-causing gene (or oncogene) called KRas becomes mutated. KRas mutations are detected in around 90% of all human PDACs) and are known as the founder mutation in PDAC.

It is generally considered that PDAC develops from grade I precursor lesions to grade III and then to metastatic disease. Researchers have generated genetic “maps” of a sample of human tumors, and found that PDAC genetically evolves over time. Metastatic or secondary stage tumors are genetically similar to the initial pre-invasive tumor. This suggests that founder mutations such the KRas mutation, are required for all stages of the disease’s progression. However, cells within a primary tumor must acquire additional genetic mutations to become metastatic or invasive.

However, a more recent study suggests that our understanding of how this disease starts requires a new perspective. Using cutting-edge genetic and imaging tools, researchers have tracked transformed pancreatic epithelial cells in real time. This revealed that transformed cells (expressing KRas mutations) were detected in the bloodstream and had spread to the liver before a primary tumor was detected in the pancreas. In fact, KRas-transformed cells escaped from early grade precursor lesions.

It is possible that although these mutant cells spread out of the pancreas at very early stages of the disease, once seeded in secondary sites they become dormant or grow at a slower rate and are not detected until years later. What remains unclear is the process by which KRas-transformed cells leave the pancreas to enter the bloodstream and metastasize to other organs.

Out of the frying pan, into the fire

At the European Cancer Stem Cell Research Institute(ECSCRI) at Cardiff University, the primary focus of our research is to gain a better understanding of early pancreatic cancer. In particular, how precursor lesions start and develop once a normal cell becomes transformed. To further our research into pancreatic cancer, we study epithelial cell biology; how epithelial cells interact and communicate with each other within a tissue.

Along with muscle, nervous and connective tissue, epithelium – made up of epithelial cells – is one of the four major tissue types in the human body. The main function of an epithelium is to act as a tight barrier that protects our organs from potential harm in the external environment. Under normal conditions, epithelial cells tightly bind to each other to form this protective barrier. In addition to providing a physical structure to the tissue, each epithelial cell receives and communicates multiple networks of signals through cell-to-cell connections and these give cells instructions on position within a tissue as well as function.

So what happens to this communication network when epithelial cells become transformed but remain in direct contact with their normal neighbors? Working as a postdoctoral researcher in Yasu Fujita’s lab, then at UCL, London, I showed that normal cells detect and eliminate Ras-transformed cells, which may act as an anti-cancer strategy. On the other hand, the signal to remove a mutant cell may act as a trigger to escape and therefore may promote the early spread of the mutant cells to other tissues.

At ECSCRI, and with the support of our collaborator, Owen Sansom and his team at the Beatson Institute in Glasgow, we are exploring both of these scenarios in pancreatic cancer. A big question is how normal cells detect the mutant cells – and we are currently investigating a specific cell-to-cell communication signal that could trigger this process.

One of the major risk factors for PDAC is pancreatitis, an inflammatory disease of the pancreas usually caused by alcohol misuse, which can significantly damage the tissue. With Ole Petersen’s team at Cardiff University – experts in pancreatitis – we are exploring whether and how pancreatitis alters cell-to-cell communication between normal and KRas-transformed cells.

We hope that our research will add knowledge to our understanding of how pancreatic cancer starts and develops from the earliest stages. An increased understanding will bring about the development of new screening, detection and diagnostic tools sooner, and may help increase the number of people living longer with this deadly disease.