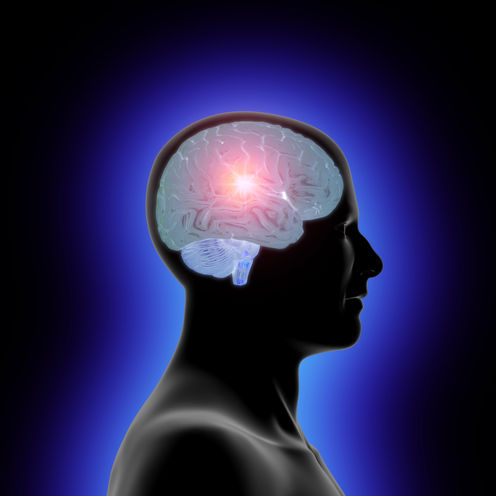 By Elizabeth Maratos, University of Leicester

However, perhaps in part due to negative connotations associated with ECT, in modern medicine treatment of psychological disorders have tended to use other forms of intervention. These now mostly involve drugs or therapy. However, a recent study, published in the journal Science, sees a return to this idea of stimulating brain regions to improve brain function.

Researchers at Northwestern University have shown that targeted stimulation of regions of the brain involved in the functioning of memory can enhance our ability to memorize. The method they used was not ECT, but transcranial magnetic stimulation (TMS).

In TMS, electromagnetic pulses are applied to the outside of the head over the part of the brain that is to be stimulated. The magnetic stimulation then induces electrical activity – that is, impulses – in those parts. Importantly, whereas ECT has to be used with anesthetics and muscle relaxants and has side effects, TMS is a less invasive procedure. In TMS the patient is able to remain fully conscious and may only experience mild physical symptoms such as a small tapping sensation to the head.

In neuropsychology, the region of the brain predominantly associated with memory is the hippocampus. However, the hippocampus is located deep within the brain and its direct stimulation is difficult. Instead, the researchers used magnetic resonance imaging (MRI) techniques to identify regions located closer to the skull that connect with the hippocampus. They then targeted these cortical-hippocampal memory networks and tested the effects of this manipulation on memory.

Sixteen people were recruited for the study. Half of these people received 20 minutes of TMS stimulation to the memory networks for five consecutive days. The other half received a “sham” application of TMS to the same networks. All people were also required to take a memory test both preceding the TMS stimulation – which was treated as the baseline – and after the five days of stimulation.

The memory test consisted of a study phase whereby pictures of faces were paired with common words – and a subsequent test phase where people were again shown the faces and were required to recall the matching word. In addition, after the five days of TMS stimulation a second MRI scan was conducted in order to see if the “zapped” neural networks had changed.

By conducting tests, such as stimulating regions of the motor cortex (making thumbs twitch for example) and also testing other cognitive abilities, the possibility that it was only the TMS stimulation “per se” on brain activity and function that produced the improved memory was eliminated. Also, MRI scans revealed increased connectivity in the brain networks targeted.

The authors of the study note that this procedure is not a cure for memory disorders following neurological illnesses or brain injury. Rather the application offers insight into the possibility of an alternative form of intervention than drugs for illnesses such as Alzheimer’s.

The problem with pharmacological intervention – that is, the use of drugs – is that it is hard to target specific regions of the brain – and due to this non-selectiveness many drugs have unwanted side effects. It is the recognition of the ability of TMS to target specific regions of the brain that offers the promise of a new approach to recovery of brain function following brain injury and illness.

Incidentally, if you are also envisaging some kind of futuristic alternative to smart drugs – such as that found in the movies Limitless or Lucy – you are probably not the only one. For now, however, the research focus is firmly clinical with the view to improving the lives of those with debilitating memory disorders.

Elizabeth Maratos, Teaching Fellow and Teaching Assistant at University of Leicester, does not work for, consult to, own shares in or receive funding from any company or organization that would benefit from this article, and has no relevant affiliations.