Call it what you will: is it real?

There are two major views on this question:

2 - global warming is part of a natural cycle.


I suggest that neither view is sufficiently correct because the underlying suppositions and simplifications are false.

The Earth's dynamic systems are many.  They are complex in and of themselves.  They do not act in isolation, but interact amongst themselves.

"given the complexity of our planet's interacting systems: is it both possible and probable that human activities could cause a profound overall change in the global environmental system taken as a whole?"

In short: can humankind throw a spanner in Mother Earth's works? 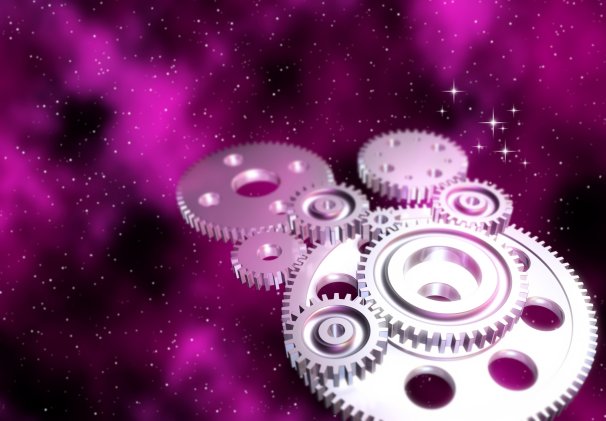 Explanations abound of the carbon cycle, hydrological cycle, nitrogen cycle etc.  It is much less common to find writers trying to tie any of these together.  What about carbohydrates as linking the CO2 and the H2O cycles, to name just one idea?

The major cycle that doesn't tend to get mentioned is the Earth's entire thermodynamic cycle.
In order to accurately model the climate one must allow for all known factors - model all known systems - and then treat their thermodynamic actions and interactions.


Within the overall system that is our natural environment one finds a large number of sub-systems.

Thats the Earth's entire astrobiocarbochemocryogeohydrometeoronitrophotothermocyclic system, for lovers of agglutination.

Under this heading are included all natural cycles that affect how much the Earth is warmed by solar outputs.  Also included are heating effects due to both lunar and solar tides.

Biocycles - all biological cycles that affect the environment.

These cycles include the biological production / transpiration of - mainly - O2, CO2, H2O, CH4, NO3, N2O etc. and of hydrocarbons.  It is important to note that plants don't just 'lock away' carbon - they lock away water and solar heat as well.

The planetary biomass contains vast quantities of water.  This biomass has non-trivial thermal mass.  The thermal storage properties of the biomass must be allowed for in environmental models.

Chemocycles - chemical cycles not included under other headings.

I give a simple example here.  Runoff of rain from land enters the rivers, lakes and oceans.  It flushes nutrients from soil and carries dissolved chemicals from rocks.  It is the primary cause of ocean salinity.  Over geological time, some bodies of water dry up, leaving chemicals on land.  In broad terms, there is a cycle controlling ocean salinity and other chemical content.

Cryocycles - cycles of ice and snow formation and melting.

The precipitation that adds to ice should be treated as part of the cryocycle, not the hydrological cycle.  These glaciation and ice-sheet formation cycles are crucial to natural climate regulation.  We continue to learn about these natural cycles, but we already know enough to be deeply concerned about the implications of Arctic ice melt and glacier retreat.

Ice masses can absorb vast amounts of heat without melting and can return that heat to the environment.  Ice masses can lock up significant amounts of greenhouse gases.  They also hold masses of water at an elevation above sea-level for millennia.

The cryosphere is a primary regulator of global climate and global sea levels.  It is one of our most precious global assets.

Under hydrological cycles I would include the cycles of natural catchments, aquifers etc.   I would also include saline intrusion into aquifers due to rising sea levels or post-glacial_rebound.

All cyclic atmospheric phenomena.  Major weather systems, atmospheric streams, layers and mixings, diurnal heating and cooling, etc.  This is a very widely studied area and is the primary component of climate models.

There are two major nitrogen cycles.  The one most commonly taught in schools is the plant-land-animal cycle - the nitrogen cycle of land.  The other major cycle, less widely known, is the marine_nitrogen_cycle.


Photochemical cycles - other than photosynthesis.

It is not widely known that many photochemical reactions occur other than photosynthesis in living things.  There are many natural and organic chemicals which are subject to reaction in the presence of sunlight.  The final by-product is commonly CO2.

In the past few years there has been an explosion of scientific interest
in the chemical reactions that happen in sunlit snow. Rather than simply
acting as the final resting place for pollutants that deposit from the
air, snow turns out be one of the most photoreactive regions on earth!
http://summit.ucdavis.edu/research.html

Thermodynamic cycles - thermal cycles and the links between all of the above cycles.

It is insufficient to model only the planet's diurnal, seasonal and annual thermal cycles.  Our environment as a whole exhibits a highly complex thermodynamic behavior.  Like a living thing, our planet may be viewed as if it is creating order at the expense of chaos.  As a living thing exhibits micro-behaviors and gives off heat, so our planet engages in macro-behaviors and radiates heat.

Since the dawn of civilization, we have dumped heat into our environment with no thought.  Today, we are beginning to understand the holistic thermodynamic behaviors of our planet.

Daily we dump ever more greenhouse gases into the atmosphere.  This slows down the radiation into space of heat from ground level.

Daily we dump more heat into the atmosphere at ground level than geothermal processes do.

Daily we dump hot CO2 and hot H2O into the lower atmosphere.  We argue about the possible effects of these greenhouse gases even while both sides neglect the thermal components of fuel consumption.

To say that something is anthropogenic is to imply that humans caused it.  This is a cause of some confusion and obtuseness: humans do not cause climate, say the critics.

Is there any evidence of anthropovariance of any of the cycles mentioned above?