Alex "Sandy" Antunes
I enjoy a good romp in the hay as much as the next space scientist, and I'd love to go to Mars, so it's nice to see that researchers are tackling both issues simultaneously. Further, there are few things as satisfying as a good review article. A review article is one that simply summarizes the current thinking and theories on a topic. In this case, the topic is Sex on Mars.

The article title is "Sex on Mars". A basic truth, well stated. It's subtitle is "Pregnancy, Fetal Development, and Sex In Outer Space", by Rhawn Joseph, Ph.D. (BRL, Emeritus).  It appears in the Journal of Cosmology.  It, alas, has no illustrations.  Fortunately, I can remedy this with a copy of an historical speculative image from an article on "Sex in Space is Forbidden". 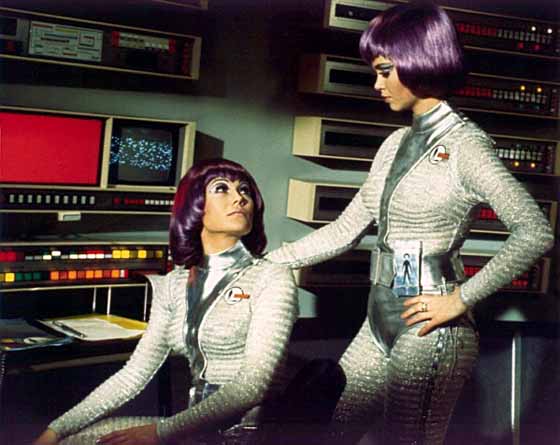 Back to Dr. Joseph.  Clearly an author not worried about foresaking a pun, he (or she) leads with "Performance of the sex act during a journey to Mars, may require potentially complex sexual gymnastics." I was taken a bit aback by his Normanesque evolutionary biology statement that 'biologically, females serve one purpose: to get pregnant'. He missed the obvious corollary: that males serve one purpose: to impregnant. And if both are true, there's not much point of having a space program, is there?

Moving on, the sections are, nearly verbatim: Sex In Space (and NASA policy, or lack thereof). Sex and Pregnancy. Why Astronauts have Groupies (oh, okay, 'High Status Sex Partners: Astronauts'). Astronauts Have Sex (sex on the ground). Romance. Sex in the Antarctic. Sex and Outer Space. Menstruation and Ovulation. Pregnancy and Gravity. Mothers and Babies in Space. Radiation on Mars. Sex on Mars. Conclusions.

Unfortunately, this article came out prior to the execellent analysis of why all astronauts should be gay (courtesy of SMBC), so it's not quite the definitive work.