D.B. Pleschner
Sardines have been a hot news topic in recent weeks. Environmental groups and others have claimed that the sardine population is collapsing like it did in the mid-1940s.

The environmental group Oceana has been arguing this point loudly in order to shut down the sardine fishery. That’s why they filed suit in federal court, which is now under appeal, challenging the current sardine management.

So what is the truth about the state of sardines? It’s much more complicated than environmentalists would lead you to believe. In fact, it’s inaccurate and disingenuous to compare today's fishery management with the historic sardine fishery collapse that devastated Monterey's Cannery Row.

In the 1940s and '50s, the fishery harvest averaged 43 percent or more of the standing sardine stock. Plus, there was little regulatory oversight and no limit on the annual catch.  Today, the allowed annual U.S. catch totals roughly 5 percent and coast-wide sardine exploitation averages less than 15 percent of the northern stock.

Here’s where complications arise, because scientists recognize two stocks on the West Coast: the northern or “cold” stock ranges from northern Baja California to Canada during warm-water oceanic cycles and retracts during cold-water cycles.

A southern or “temperate” stock ranges from southern Baja to San Pedro, in Southern California.

Doing the math, our current fishery harvest is less than a quarter of the rate observed during the historic sardine collapse. Modern precautionary fishery management also leaves 85 to 95 percent of northern sardines in the ocean as forage for predators and ecosystem needs. 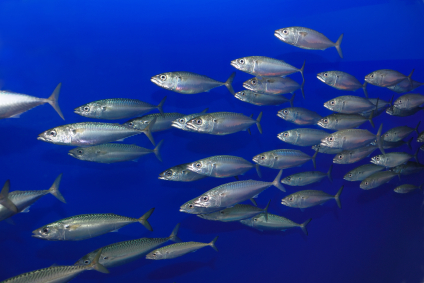 Today, Pacific sardines are perhaps the best-managed fishery in the world – the poster fish for effective ecosystem-based management. The harvest control rule sets a strict harvest guideline that considers ocean conditions and automatically reduces the catch limit as the biomass declines.

Scientists say that the reason the sardine population has been declining in the last few years is due to strong La Niña (cold water) conditions, which hamper sardine recruitment. However, that may turn around this year as models are forecasting an El Niño (warmer water) in 2014.

The so-called “sardine crash” isn’t anything of the sort. It’s simply natural fluctuations in biomass that follow the changing conditions of the ocean, reflected in part by sea temperature.

Even so, when the Pacific Council voted last fall to drastically cut 2014 sardine fishing limits to the lowest level in nearly 60 years – reducing the January-June 2014 quota 3,400 metric tons lower than the harvest formula prescribed – council members ignored the scientific recommendations of the management team and instead, let politics play the deciding role.

The interim January-June quota was based on a “catch only” biomass estimate, essentially a bridge from the old January-December fishing year to a new July-June fishing season.

The Council is now conducting a reassessment of sardine management in light of recent research questioning the sea temperature employed as proxy for environmental conditions and used to set harvest rates.

A full stock assessment – including 2013 field surveys – will be peer reviewed at a Stock Assessment Review (STAR) panel meeting in early March. In April the Council will decide on a harvest guideline for the new fishing season, commencing July 1.

This illustrates the complex, dynamic cycles of sardine abundance. It also highlights a proactive management program that we hope will move forward based on best available science and recommendations of the management team, not swayed by politics.
D.B. Pleschner
More Articles All Articles
About

Executive Director of the California Wetfish Producers Association, a nonprofit dedicated to research and to promote sustainable wetfish resources....