The retina is the neural tissue in the back of the eye that initiates vision. It is responsible for receiving light signals and converting them into neurologic signals, which are then transmitted via the optic nerve to the brain so that we can see.

Mutations that disrupt vision by damaging the retina and optic nerve have been identified in more than 200 genes. This genetic diversity made genetic diagnostic testing difficult until the recent development of high throughput genomic techniques.

The Genetic Eye Disease (GEDi) test includes all of the genes known to harbor mutations that cause inherited retinal degenerations, optic atrophy and early onset glaucoma. These disorders are important causes of vision loss, and genetic treatments such as gene therapy hold promise for preserving vision in affected individuals.  The GEDi test uses targeted capture and next generation sequencing techniques to sequence 226 genes known to cause inherited eye disorders. Future versions of the test will also include genes responsible for eye movement disorders (strabismus) and other inherited eye conditions. 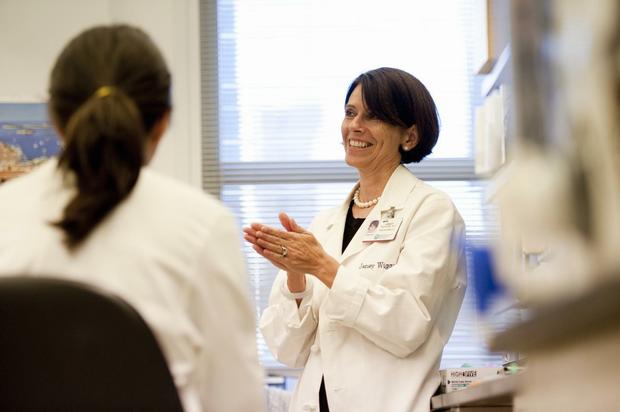 "The results we obtained for the GEDi test have broad implications and show that panel-based testing focused on the specific genes associated with genetic conditions offers important advantages over whole exome sequencing," said Janey Wiggs, M.D., Ph.D., director of the Genetic Diagnostic Testing Service of the OGI, and the Paul Austin Chandler Associate Professor of Ophthalmology, Harvard Medical School.

Gene panel-based tests for inherited eye disorders have been previously reported, but none of these have been as thoroughly characterized with regard to their performance in a diagnostic setting as the GEDi test. Stringent tests of accuracy and reproducibility showed that the GEDi test is both highly accurate and reproducible.

This type of validation testing is recommended by the American College of Medical Genetics and Genomics, but few other genetic tests have been characterized in as much detail as the GEDi test. The results reported show that the GEDi test is 98 percent accurate at detecting spelling variations or mutations in the genetic code of inherited eye disease genes, and is highly reproducible between test runs.

In contrast, the technique whole exome sequencing ― in which the coding regions of all genes are sequenced, and which is being employed commonly in clinical settings―was 88 percent accurate at detecting genetic variants in the same genes.

Investigators in the OGI and other centers around the United States and the world are optimistic that treatments targeting the underlying genetic cause of inherited eye disorders can be applied broadly to preserve vision. One especially promising approach is gene therapy, in which a correct copy of the misspelled or mutant gene responsible for disease is added to the affected cells in the retina. Reports of early results from clinical trials of gene therapies for two inherited retinal degenerative disorders have shown that this treatment can be performed safely, and that subjects treated in these trials experienced significant improvements in or preservation of vision. Clinical trials of gene therapies for three additional genetic forms of inherited retinal degeneration are currently in progress, and more are on the way. Given the potential of gene and genetic therapies, improved genetic diagnostic testing for patients with genetic eye disorders such as that offered with the GEDi test is especially important.

The GEDi test is offered on a CLIA-certified basis through the Ocular Genomics Institute (OGI) at Mass. Eye and Ear.