News Staff
How can basically honest scientists using a rigorous methodology have different data?  Numerical models are tricky business and while climate scientists are rapidly becoming experts in statistics and creating better models, that was not always the case.

One vital component of getting clean models is accurate calibration. Calibration is life, in science.  A satellite temperature record put together by the University of Alabama in Huntsville in 1989 has often been cited by climate change skeptics as evidence of doubt that models showing the impact of greenhouse gases on global warming are accurate.

A new analysis says the climate record with a slower atmospheric warming trend than other studies contains a data calibration problem and when the problem is corrected the results fall in line with other records and climate models, like satellite temperature records developed by the National Oceanic and Atmospheric Administration and Remote Sensing Systems.

The paper does not resolve all the discrepancies among the records, and researchers will continue to look at ways to reconcile those conflicts, but it would explain some of them. 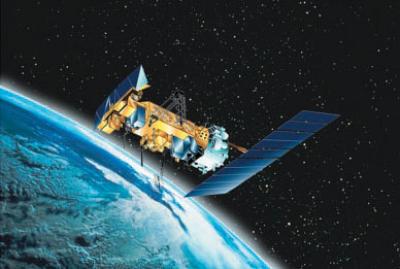 A new analysis disputes the way Alabama scientists handled data from NOAA-9, a satellite that collected temperature data in the mid-1980s. Credit: NOAA

"There's been a debate for many, many years about the different results but we didn't know which had a problem," said Qiang Fu, a University of Washington professor of atmospheric sciences. "This discovery reduces uncertainty, which is very important."

When they applied their correction to the Alabama-Huntsville climate record for a UW-derived tropospheric temperature measurement, it effectively eliminated differences with the other studies.  Scientists already had noticed that there were issues with the way the Alabama researchers handled data from NOAA-9, one satellite that collected temperature data for a short time in the mid-1980s.

This is the first attempt to offer a calculation related to the NOAA-9 data for adjusting the Alabama findings, said Kevin Trenberth, a distinguished senior scientist at the National Center for Atmospheric Research. "It should therefore make for a better record, as long as UAH accepts it."

To come up with the correction, Fu and Stephen Po-Chedley, a graduate student in atmospheric sciences, examined the way the three teams interpreted readings from NOAA-9 and compared it to data collected from weather balloons about the temperature of the troposphere. They found that the Alabama research incorrectly factors in the changing temperature of the NOAA-9 satellite itself and devised a method to estimate the impact on the Alabama trend.

Once Po-Chedley and Fu apply the correction, the Alabama-Huntsville record shows 0.21 F warming per decade in the tropics since 1979, instead of its previous finding of 0.13 F warming. Surface measurements show the temperature of Earth in the tropics has increased by about 0.21 F per decade.  The Remote Sensing Systems and NOAA reports continue to reflect warming of the troposphere that's close to the surface measurements, with warming of 0.26 F per decade and 0.33 F respectively.

The discrepancy among the records stems from challenges climate researchers face when using weather satellites to measure the temperature of the atmosphere. The records are a composite of over a dozen satellites launched since late 1978 that use microwaves to determine atmospheric temperature.

However, stitching together data collected by those satellites to discover how the climate has changed over time is a complicated matter. Other factors scientists must take into account include the satellite's drift over time and differences in the instruments used to measure atmospheric temperature on board each satellite.

The temperature reports look largely at the troposphere, which stretches from the surface of the earth to around 10 miles above it, where most weather occurs. Climate models show that this region of the atmosphere will warm considerably due to greenhouse gas emissions. In fact, scientists expect that in some areas, such as over the tropics, the troposphere will warm faster than the surface of the Earth.

"It will be interesting to see how these differences are resolved in the coming years," Po-Chedley said.