Cells along the brain's cavities are equipped with tiny hair-like protrusions called cilia but relative to their importance, we know little about them. Unless they are not doing their job. People with ciliary defects can develop neurological conditions like hydrocephalus and scoliosis.

New research in Current Biology shows that cilia are essential for the brain to develop normally and gives us more insight into how cilia work and why they are so important to our brains.

The human brain has four fluid-filled cavities called ventricles, all of which are interconnected. The ventricles are filled with cerebrospinal fluid, which is also produced here. The cerebrospinal fluid is in constant motion, but the movement varies depending on what we are doing.

The cerebrospinal fluid is believed to supply nutrients to the brain, removing waste products, and also contributes to transmitting molecular signals across the brain. 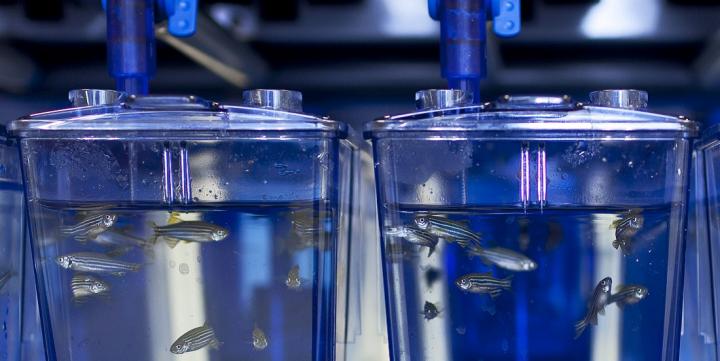 Zebrafish larvae are a good substitute model for humans in this type of research. They are vertebrates just like humans, and may tell us something about how the human brain develops and works because they are transparent during their larval stage. This means that it is possible to investigate the brain development and functioning of zebrafish in detail, without any intervention and without causing them any pain.

It is even possible to investigate each individual cell and cilia. The researchers found that groups of cells with cilia are organized in different zones of the ventricles, which together create a stable, directional flow of the fluid. Heartbeat pulsations and body movements also affect the circulation of cerebrospinal fluid, but the movements of the cilia appear to provide a stable fluid flow within individual ventricles.

This flow is local, so it is largely limited to each of the ventricles. But at the same time it seems that the compartmentalized flow is necessary to keep the ducts between the different cavities open. When the cilia's motion stops, the ducts close. The fluid flow in each ventricle and the exchange of fluid between the different ventricles depend on whether we are at rest or moving.

Unlike most other cilia in the human body that contribute to the transfer of fluids - such as the brush-like respiratory cilia that protect the lung - the Kavli researchers found that the cilia along the brain ventricles of the developing zebrafish brain have a propeller-like motion, much like the tail of sperm.

The cilia may also indirectly contribute to keeping the brain young and healthy.

New nerve cells are born near the wall of the fluid-filled brain ventricles. From here, they migrate to different areas of the brain.

The differentiation of these new born cells was suggested to be influenced by nutrients and molecular signals that are distributed by the flow of the cerebrospinal fluid near the ventricular walls.

In zebrafish, the birth of new neurons, also called neurogenesis, happens not only in the developing brain, but also in adult fish. Recent studies revealed that this kind of adult neurogenesis also happens in humans.

Studying the dynamic movements of fluids is extremely complicated and requires a multidisciplinary approach. Mathematicians, engineers and physicists are among those who can help understand how cilia movement occurs and generates flow.