The term "fake news" has been popularized by media due to President Donald Trump using it about corporate news outlets in recent years, it was even the plot of the recent Marvel move "Spider-Man: Far From Home" and while its precise meaning has been hotly debated, the spreading of false information to fulfill a political agenda is now a new concept. And it's not just an American thing.

Dani Madrid-Morales, assistant professor of journalism at the UH Jack J. Valenti School of Communication and Herman Wasserman at the University of Cape Town, have found that in sub-Saharan Africa -- where disinformation campaigns have been used recently to influence electoral campaigns -- perceived exposure to disinformation is high and trust in national media and social media is low.The researchers polled nearly 1,900 people in Kenya, Nigeria and South Africa who are highly educated, live in urban, middle class areas and have access to social media. 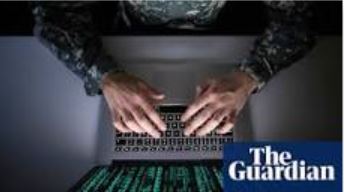 As many as 90% of Kenyans, 93% of Nigerians and 76% of South Africans believe they are exposed to false news about politics on a fairly regular basis. In a 2016 Pew Research Center study which sampled just over 1,000 Americans, 71% of respondents say they often or sometimes see fake political news.

"We found that people in sub-Saharan Africa particularly distrust information on social media, such as Facebook, Twitter and WhatsApp because that's where they find 'fake news' most often," Madrid-Morales said about the findings published in this month's African Journalism Studies. "Governments are already using this as an excuse to put restrictions on the media by saying that too much freedom of speech on these American platforms poses a 'danger' to national security."

When it comes to sharing a political story that study participants knew at the time was made up, 29% of Kenyans, 18% of Nigerians and 25% of South Africans answered "yes." These numbers are higher than the U.S. where 14% of participants answered "yes" in the Pew study.

"We have thought of these platforms as tools to empower people's speech, but we're finding that in certain instances, they are not empowering people," said Madrid-Morales. "They are decreasing our ability to make good judgements."

Another revealing finding is that, while 19% of U.S. respondents say they have hardly or never encountered inaccurate political news, the percentages in all three African countries are significantly smaller (Kenya, 3%; Nigeria, 2%; South Africa, 8%). The study concluded that the more people feel they are exposed to fake news regularly, the more they are likely to say they do not trust the media in general.