News Staff
Thiamethoxam is a compound in the class of targeted pesticides known as "neonicotinoids", because they are chemically similar to nicotine, which has natural insect repellent properties.

Neonicotinoids are used in crops such as corn, soybeans and cotton and have been controversial because of environmental campaigns claiming a "colony collapse disorder" was caused by them. Yet bee numbers have not declined so concern has migrated to wild bee populations and sub-lethal effects - bees not killed but changed. These two arguments are easier to maintain because there is no way to count wild bees, only a few species even have hives, and therefore one guess is as good as another. Sub-lethal effects could also mean anything - like the ability to fly.

To create evidence for their belief that neonicotinoids cause a sub-lethal effect, scholars designed and constructed a flight mill (a bee flight-testing instrument) from scratch. This allowed them to fly bees under consistent and controlled conditions. That's obviously a confounder, no different than any bee behavior outside field conditions. 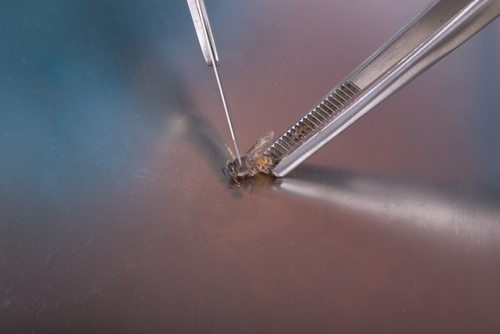 Based on their experiments, they concluded that typical levels of exposure to thiamethoxam, which bees could experience when foraging on agricultural crops, resulted in substantial damage to their ability to fly. The bees in the flight mill had impaired flight distance, duration and velocity over the long term. They also had an artificial food source. A confounder was that they had more activity in the short term, albeit erratically, in the opinions of the scholars.

Bees are obviously impacted if they can't fly well, that is how they forage food, and they are important pollinators. However, the downside to jumping at chemophobia conclusion based on one result is that neonics are systemic pesticides and therefore much better for the environment than broad-spectrum spraying. Without pesticides of some kind, billions of people will begin to starve.

Real world tests have not been conducted to replicate these results. If the results were logically valid, effects would have shown up in the three decades these have been in use, because bees are highly social organisms and erratic behavior by thousands of bees in hives near where neonics were used on seeds would have caused a worldwide collapse by now. Instead, numbers are booming.
News Articles
More Articles All Articles
About