Hearing voices that other people can’t is a meaningful experience. Like dreams, they can usually be understood in terms of one’s life experiences. Within mental health services, however, the prevailing medical model means some practitioners pay attention only to their presence, not their meaning.

Psychiatry’s diagnostic bibles, the American DSM-5 and the World Health Organisation’s ICD-10, portray auditory hallucinations as symptoms of a mental disorder called schizophrenia, which most psychiatrists believe is caused by biochemical and genetic factors rather than a meaningful response to life events and circumstances. Although less than 1% of the population receive this diagnosis, international surveys, in different cultures, find that about one in eight people experience auditory hallucination at least once in their life.

I am one of those who has only heard voices once in their life (so far). The day after my friend died in a car accident, years ago, he spoke to me. Despite many years of working as a clinical psychologist to help people make sense of their voices, my first thought was: I’m going crazy. Then I realized he had just come to say goodbye, and it didn’t matter whether he really was there or I was imagining it. 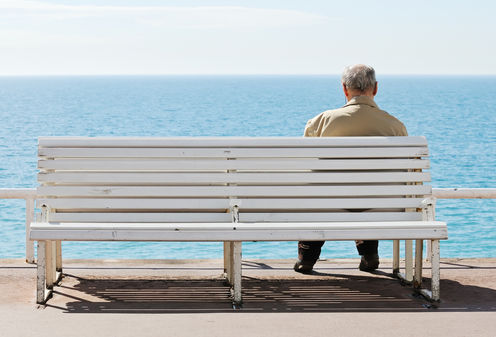 It's common for elderly bereaved people to hear their deceased partner speak to them. Shutterstock

There are many ways in which hearing voices varies, aside from frequency. Some people hear only bad voices. Others hear only good voices, supporting and reassuring them. Many hear both good and bad. For some the voices are of people they know. Some hear just the one voice, others hear many. For some the voices start as imaginary childhood friends and for others the first voice arrives much later in life.

A common feature, however, is that most voice hearers, when asked, ascribe meaning to their voices, and reject the notion that they are meaningless expressions of a chemical imbalance or some other supposed biological dysfunction. Perhaps the most obvious, and common, example of voices being meaningful are studies showing that most people over 60 who lose a life partner, will hear or see their partner soon after their death.

Negative voices are often related to adverse life events. Four studies of adults using mental health services found that the content of at least half of the voices of people who were physically or sexually abused as children was related to the abuse. For example, a study of the psychiatric files of incest survivors found examples of a man and woman who had suffered sexual abuse as young children who heard voices accusing them of sleazy behavior. Other studies report examples of the voices being the abuser. One study described someone who was suffering ongoing sexual abuse by a violent relative, who heard the relative’s voice telling them to commit suicide. It is usually more helpful in these situations to ask if the person would like to talk about what happened to them rather than dismiss the voice as a meaningless symptom of brain disease.

There are countless historical examples of voices where the person hearing the voice is convinced they have meaning – Jesus and Joan of Arc among the most famous. However, the notion that voices are random expressions of a diseased brain, devoid of meaning, is a recent creation, restricted to cultures where a medical model of human distress dominates. 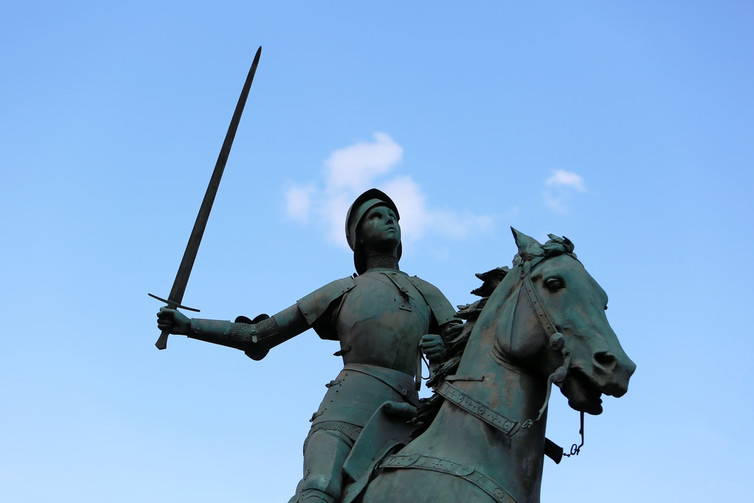 Joan of Arc – when hearing voices wasn’t a medical disorder, though it was heresy. Shutterstock.com

An ordinary part of life

Many cultures experience voices as completely normal. When I was living in New Zealand, a Maori colleague interviewed 80 Maori people about what causes people to hear voices. For them, it was such an ordinary part of life that the question made little sense. As one respondent put it: “For me hearing voices is like saying hello to your family in the morning, it is nothing unusual.”

An exciting development in the last two decades is the emergence, all over the world, of peer-support groups for voice hearers. The members of these groups have much to teach us mental health professionals, especially about how to listen respectfully, and search for meaning, rather than dismissing people’s experiences as symptoms of an imagined illness which has no reliability or validity and trying to suppress those experiences with psychiatric drugs.

Voices, like dreams, sometimes carry important messages about a problem that needs addressing, such as trauma earlier in one’s life. Perhaps mental health professionals need to ask “what are the voices saying?” a bit more often, and as voice hearer Eleanor Longden explains in her TED talk, they should also ask: “What happened to you?”.

By John Read, Professor of Clinical Psychology, University of East London. This article was originally published on The Conversation. Read the original article.