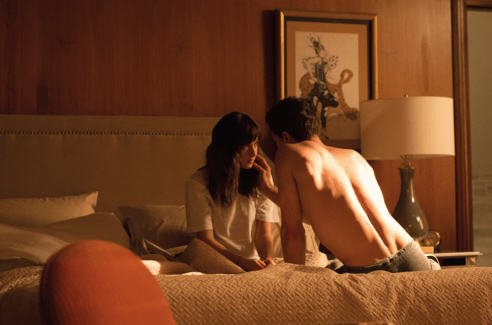 The imminent release of Fifty Shades of Grey has already provoked widespread protest, although the protesters have not actually seen it.

And domestic abuse campaigners demonstrated at its Berlin Film Festival premiere. Campaigners claim – again, without having seen the film – that it offers a “glamourised” view of “abusive relationships”, suggesting it could encourage real-world violence against women.

Clearly, Sam Taylor-Johnson’s adaptation of E L James’s bestselling first novel (which has sold 100m copies worldwide) has struck a nerve. But it is no surprise that it should prompt such politically charged controversy; for this is only the latest installment in a long history of culture wars over the definition and social impact of works labeled “pornographic”. Those years saw an eruption of heated, if not always illuminating, debate over the meanings and effects of sexual representations. And now the brave new world of sexting and content-sharing apps have refueled such anxieties about the apparent sexualization of popular culture – and especially of young people. But these anxieties are anything but new. At the very least, they go back to the late 17th century, when new print technologies and rising literacy rates first put sexual representations within reach of a wide popular audience in England and elsewhere in Western Europe.

One day in 1668, the English diarist Samuel Pepys went shopping for a book to give his young French-speaking wife. He saw a book he thought she might enjoy, L’École des femmes (The School of Women). But when he opened it, he discovered it to be “the most bawdy, lewd book that ever I saw, so that I was ashamed of reading in it”.

Not so ashamed, however, that he didn’t return to buy it for himself three weeks later. The privacy offered by the Kindle wasn’t available to him, so instead he bought it with discreet “plain binding”:

Because I resolve, as soon as I have read it, to burn it, that it may not stand in the list of books, nor among them, to disgrace them if it should be found.

The next night he stole off to his room to read it. He found it:

A lewd book, but what doth me no wrong to read for information sake (but it did hazer my prick para stand all the while, and una vez to decharger); and after I had done it, I burned it, that it might not be among my books to my shame.

Pepys’s coy detours into mock-Spanish or Franglais fail to conceal the orgasmic effect the lewd book had on him. His is the earliest and most candid report we have of a reader’s bodily response to the reading of pornography. Most readers did not leave diaries, but Pepys was probably typical in the mixture of shame and excitement he felt when works like L’École des filles began to appear in London bookshops from the 1680s on. Yet as long as such works could only be found in the original French or Italian, British censors took little interest in them. Their readership was limited to a linguistic elite.

It was only when translation made such texts available to less privileged readers – women, tradesmen, apprentices, servants – that the law changed. They were seen as a threat to what the attorney-general, Sir Philip Yorke, in an important 1728 trial, called the “public order which is morality”. Then as now, attitudes towards sexuality and sexual representations were almost unbridgeably polarized. A surge in the popularity of pornographic texts was countered by increasingly severe campaigns to suppress them. But ironically those very attempts to suppress could actually bring the offending work to a wider audience, by exciting their curiosity.

Pornography’s critics in the late 20th or early 21st centuries have had less interest in the written word than in visual media: it is the film of Fifty Shades, not the book, that has fueled protests. But recurrent campaigns to ban books by such authors as Judy Blume which aim to engage candidly with younger readers on sexual concerns suggest that literature can still be a battleground – as it was in the 17th and 18th centuries.

At least you don’t have to burn those books anymore, as Pepys did – you can simply delete them.

By Hal Gladfelder, Senior Lecturer in English Literature at University of Manchester. This article was originally published on The Conversation. Read the original article.