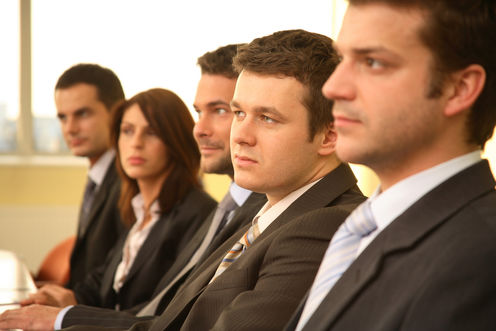 Research ethics have come a long way since the dubious and troubling research experiments of the 1940s, and the now infamous Milgram obedience experiments of the 1960s. The public today has reason to assume that human subjects involved in research are protected. But recent cases questioning the reasons for and the processes behind university ethics reviews suggest they could be holding back research, and for all the wrong reasons.

Researchers must nominate a level of risk that their intended subjects will be exposed to, using both common sense and a reading of the National Statement on Ethical Conduct in Human Research. Even projects involving low or negligible risk to subjects - which describes the vast majority of social science research - must typically be reviewed by a full ethics committee.

Applying to a Human Research Ethics Committee, or HREC, in Australian universities today involves completing a long form containing questions about a large number of aspects of the project that are of dubious relation to the experience of actual human subjects. The questions on risk are often so broad - e.g., “could the research cause any harm or risks of harm - whether physical, psychological, social, cultural or financial - to subjects?” - that they are open to a wide variety of interpretations. The ethics application form is now typically longer than the eventual research paper.

Worse, ethics boards today operate within entire organizational sub-units, complete with administrators and potted plants, creating the well-known problem of entrenched bureaucracies: all parts of the ethics system have an incentive to continuously seek to expand the ethics system’s scope of operations. This has led to ever lengthier and more obscure forms to fill in.

Jurors are called at random to serve for brief tours, returning back to their normal lives afterwards. They are not members of any separate bureaucracy of jurors: jury service is simply an accepted part of being a citizen.

Imagine an ethics review system where the researcher’s proposal is read by an “ethics jury” or four to six researchers. Selection to the jury would be stratified to obtain a mix of senior and junior researchers, with some from the researcher’s own discipline, and some from outside it. Researchers are called for a temporary tour on the jury via a random selection process occurring within individual faculties, in which all research-active academics are eligible to be called for service.

An initial proposal would consist of a one-page project description and supporting evidence of the researcher’s use of international best-practice methods in the use of human subjects. The jury electronically reviews and then votes on whether each proposal is riskier to human subjects than research that has been published recently in top journals in the researcher’s field. If the answer is yes, then an in-person meeting of the ethics jury is convened.

When convened in person, the ethics jury would include one non-voting administrator. This administrator may act in the role of prosecutor, bringing evidence or asking questions intended to prove that the researcher’s project is riskier than the researcher claims.

After the researcher is given the opportunity to offer evidence of the project’s compliance with standard practice and with the National Statement, the jury then decides whether, based on the discussion, they are convinced beyond reasonable doubt that the research is riskier for human subjects than the researcher claims. For disallowed projects, there would be an appeals process. To ensure full accountability of all those involved in proceedings, the deliberations of juries would be made available for public review.

This system draws on academics' knowledge and the incentives towards professional integrity that researchers already face. It also awards top priority to the protection of human subjects, because the majority of the effort by participants - both by the researcher and by his peers on the jury - is devoted to weighing and discussing the actual treatment of human subjects. The bureaucrat’s job reduces to one of ensuring that this intended process occurs. Considerations of institutional face play no role in decisions.

Moreover, because they will be asked to serve regularly on temporary ethics panels, all research-active academics will face stronger incentives than they do today to be familiar with the National Statement on Ethical Conduct in Human Research.

Instituting a new ethics review system would be a courageous move for Australian universities. Through such a move, we could return the focus to human subject welfare, while ensuring our ethics reviews support rather than strangle important research.

By Gigi Foster, Associate professor at UNSW Australia Business School. This article was originally published on The Conversation. Read the original article.