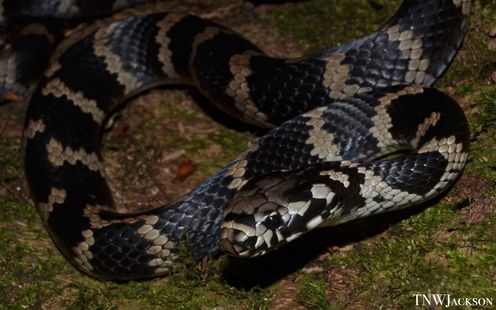 Life is chemistry. You, me and every living thing – we’re all just spectacularly complex chemistry sets. Inside you, every second of the day, thousands of tiny chemical reactions are taking place.

Chemical reactions powered your transformation from a single cell into a colony of trillions of cells, and they allow you to harvest energy from the environment and transform it into yet more cells. They maintain the delicate balance in which all the components of your body function. In fact, they are that balance. They even drive your thoughts and emotions.

Ever since there has been an inside and an outside – ever since cells evolved the first membranes that segregated their chemicals from those of the outside world – there has been “exochemistry”.

The first cells fed by secreting enzymes across their cell walls (to the outside) in order to break down large molecules into smaller bite-size chunks that could be then absorbed.

And I’m an exochemist – I research this chemistry “on the outside”. The cane toad uses poison to defend itself from would-be predators, with devastating consequences for native Australian wildlife. Timothy Jackson

Day in the life

The evolution of snake venom is currently the primary focus of my research. Venoms are mixtures of toxins, which are physiologically active molecules that have evolved to disrupt the internal chemistry (the “endochemistry”) of target animals.

Using fangs, stingers or other specialized apparatuses, venomous animals inject these weaponized chemical cocktails into their intended prey, or into potential predators trying to make them into prey. This is textbook exochemistry in action.

There are many ways to study venom. But first I need to get my hands on some. Although I’ve spent many years working directly with venomous animals, these days I prefer to keep my hands away from the bitey parts and I leave the venom collection to the specialists at Venom Supplies.

Before I get my venom, I also need to think about the questions I want to ask. Studying the evolution of venom, like most areas of science, is hypothesis-driven research. This means we proceed by coming up with specific predictions and then conduct experiments to try and confirm or deny their accuracy. So, the predictions I want to test often dictate which venoms I need to acquire. The funnel web spider uses its impressive fangs to deliver venom both in offence and defense. Timothy Jackson

One of the concepts that drives a lot of my research is the predator-prey arms race. A useful way of thinking about this is to think of the venom and the organism into which it is injected as chemical systems with specific functions.

What I mean by “systems” is that each of them is composed of many different parts that work together in order to achieve some specific goal that is selected by evolution. The endochemistry of any given organism is a marvelously complex and finely balanced system that has evolved to keep that organism alive.

Venom is a system designed to disrupt that fine balance. So, when exochemistry and endochemistry meet, it’s chemical warfare. What I’m interested in is how evolution gives one system the edge over another.

I’ll often start by just looking at the composition of the venom, such as seeing what toxins are present. I’ll then correlate this with what is known about the snake’s diet, and how it catches its prey.

Now the fun begins as I attempt to disentangle the details of interaction between the two systems. All sorts of complexities emerge: which systems in the prey animal does this venom attack? Maybe the blood or the nervous system? Are there molecules in the venom that, while not toxic themselves, facilitate the action of the toxins? Is the prey animal evolving resistance? Is the prey animal active or at rest when the snake attacks it? All of these questions and many more arise when studying the evolution of venom. The golden-crowned snake specializes in feeding upon lizards. How might this affect the composition of its venom? Timothy Jackson

Exochemistry is not any one field. For example, the study of toxins produced by plants and animals is called toxinology, where we study everything from the genes that encode the toxins and their targets to the structure and function of the molecules themselves, all the way up to the sorts of systems-level questions I mentioned above.

Insights from toxinological research are important not only for our understanding of the evolution of life on Earth, but also have many applications in human medicine. Studying the structure and function of toxins has given us great insight into our own physiology. It has helped us understand the nervous system and disorders of blood clotting.

Another major area of exochemical research is biodiscovery, where toxins are sought to aid in the creation of life-saving drugs and pesticides to protect our crops. Understanding venoms is also crucial for the development of antivenoms, as snakebite is a major medical issue in developing countries. Before the development of an effective antivenom, the human fatality rate from bites by death adders may have been as high as 50%. Timothy Jackson

For someone like me studying the evolution of exochemistry, the natural world is an inexhaustibly rich source of stimulating research questions.

Everywhere I look I see chemical arms races. All around us are poisonous and venomous critters taking advantage of whatever chemical leg-up they can exploit to get that critical competitive edge in the struggle for survival.

As one organism gets ahead, evolving a new chemical weapon, so another evolves a degree of resistance to that weapon, and yet another, perhaps incapable of making its own, steals that weapon (a process called toxin sequestration) and uses it to further its own cause.

For some people, being surrounded by venomous creepy crawlies probably seems like a nightmare, but for me it’s a dream come true.