A thirteen year old girl from Montana was visiting family in the Denver area. The sight of a huge cloud of smog in the sky made the girl think, “Oh my gosh! What are we doing?” This shocking discovery led to an interest in renewable energy.

Today, that young lady is Chandra Macauley and she's a student at Montana State University majoring in chemical engineering. In 2009, she studied abroad in Sweden where she experienced a new perspective on renewable energy that showed her promising results she felt could serve as a model for renewable energy development in the United States. She disagrees with people that say going green isn't economical because an entire country is proving that renewable energy is a viable solution.

In the 70's when an oil crisis crippled the nation of Sweden, in addition to high taxes on oil, the shift toward using alternative energy began. More than 20 years later, the town in Sweden where Macauley lived abroad is operating a power plant with 90% efficiency, all citizens separate trash that is eventually recycled or shipped off to produce biogas, and there are over 200 miles of bike trails. It was difficult to transition back to the United States where “it's hard for people to recycle a can,” she said.

This past summer, she was a participant in the Renewable Energy and Materials and Research Science and Engineering Center's Research Experience for Undergraduates program at Colorado School of Mines. It's the second year of the REU program and it's poised to educate and contribute to the future of renewable energy technology.

REMRSEC is highly devoted to research in next generation photovoltaics, as well as advanced membranes research projects and energy storage. See their website: remrsec.mines.edu for more information.

Macauley worked with Ingrid Anderson and Ruben Collins, who is in charge of the research projects within the Next Generation Photovoltaic realm at REMRSEC, to determine the affect of oxidation on the optical properties of silicon nanocrystals.

Some of her important resources besides her mentors, were papers like “Quantum Dot Solar Cells” by AJ Nozik, and “Quantum Dots by Photoinitiated Hydrosilylation” by Fengjun Hua.

Understanding what was taking place on the quantum level in regards to photovoltaic cells was needed in order to know what type of affect oxidation would have on silicon nanocrystals. 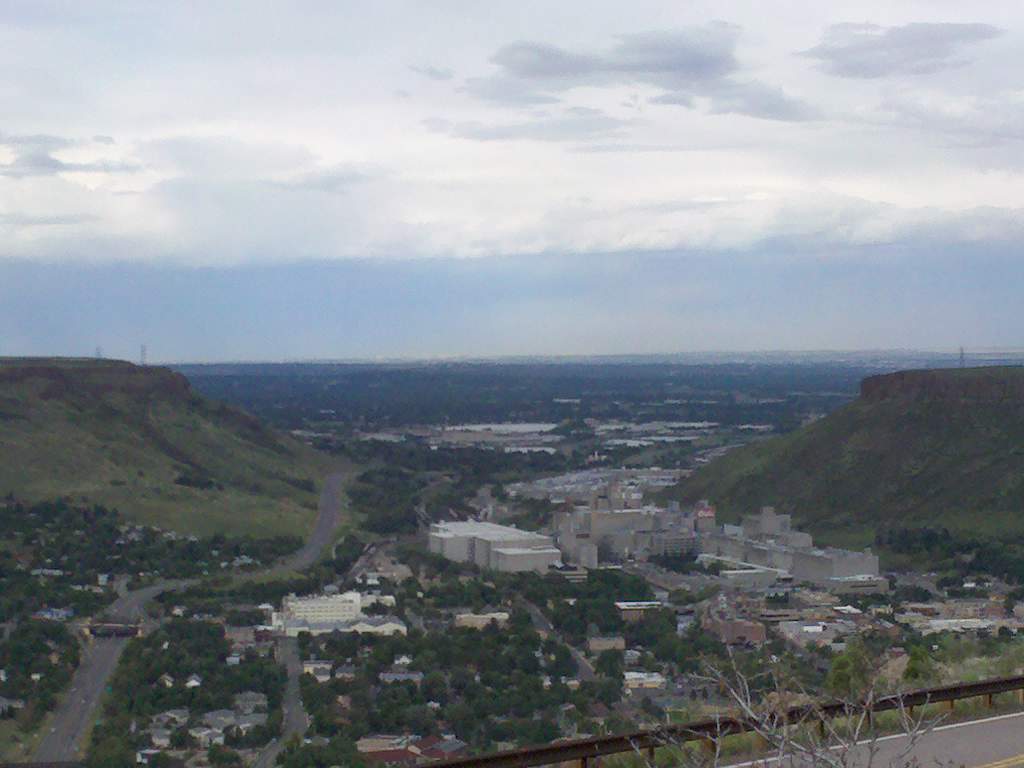 View from Lookout Mountain onto the town of Golden, Colorado where the National Renewable Energy Laboratory and Colorado School of Mines are located. In the background is the Denver skyline that is barely visible due to the pollution.

It's crucial to know what happens when this nanocrystal is struck by a photon. It is known that quantum interactions excite an electron to the valence band and knowing how its chemical compounds affect the nanocrystal particularly in this excitation process is why the research is being done.

This image shows the different wavelengths of light absorbed by the nanocrystals. The size of the nanocrystal determines the wavelength absorbed. (University of Maryland website http://www.ench.umd.edu/research/researchfest/images/mini-poster-images/...)

Some questions Macauley wanted to find out is what happens when the oxide is thick? As opposed to thin? Does the nanocrystal need to be oxidized at all in order to be stable? Also when the nanoparticles are in solution, tests are done to determine the size dealing with surface and spectrum. A photoluminescence test is done, where a laser bombards particles with an excited electron at a certain wavelength and when the electron drops back to its ground state, a light is emitted. This tells of the surface and size of wavelength the particular nanocrystal can absorb.

Understanding the affect of oxidation on the optical properties of silicon nanocrystals will help develop materials for use in solar cells with quantum dot configurations as these types of configurations are being found to have tunable bandgaps, which can absorb different wavelengths of light. This ability to absorb different wavelengths results in a more efficient photovoltaic, also known as solar, cell. Currently the downfall to solar cells is an optimal efficiency of about 30-40%.

Quantum dot configurations promise to increase that efficiency, but finding materials safe for human use that are environmentally friendly and relatively inexpensive to produce are the goals of research in this field. Research done by REU program participants such as Chandra are the steps being taken today by college students to produce change that will be seen in the future, which was her goal ever since she saw the pollution and wasteful ways of her country threatening to destroy it.

The Vision
More Articles All Articles
About