America is a plus-size country, literally. The obesity rate remains as high and as alarming as ever. Recent data from the U.S. Centers for Disease Control and Prevention (CDC) revealed that more than one-third of American adults is obese.

What is even more alarming is this: more and more children as young as two years old are being considered obese. CDC further reported that over 8% of children aged2 to 5 are obese while nearly 18% of those aged 6 to 11 fall under the same category.

As early as 2004, the CDC already declared obesity as the top health risk facing America. As a matter of fact, nothing has changed since then and things only got worse -- from being a poor lifestyle choice, obesity is now pegged as an epidemic as one in every five Americans die of weight-related diseases every year. 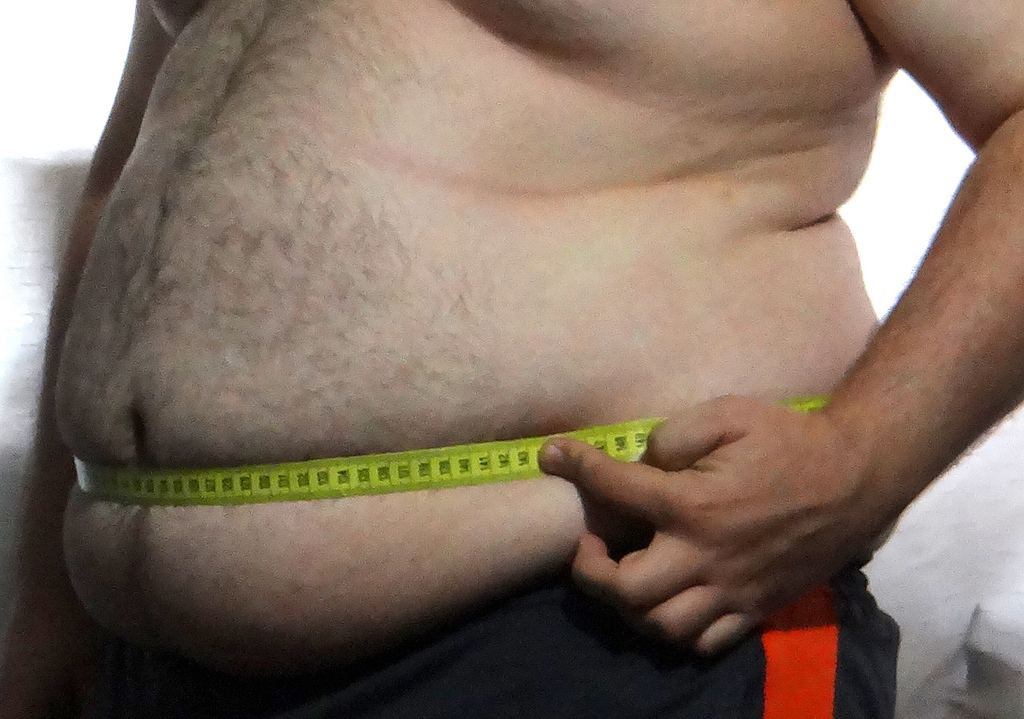 Being overweight and being obese both refer to the ranges of weight that are above normal.  But bear in mind that the greater the weight, the higher the risk for diseases and health problems.

To be more exact, anything above the body mass index (BMI) of 30 is considered obese; 40 and above are extremely and morbidly obese. BMI for adults is identified by the height and weight.  For children and early teens, there is the BMI-for-age percentile wherein their heights and weights are compared against growth charts of children of the same age and gender.

You may use an online BMI calculator or the chart below to get your BMI:

Aside from the BMI, the National Heart, Lung, and Blood Institute recommends looking at the other two indicators for developing weight-related diseases: waist circumference and risk factors such as high blood pressure and inactivity.

The alarming trend prompted the American Medical Association to officially recognize obesity as a disease in 2013. With this move,the AMA hoped to change the way the medical community looks at obesity -- it is a serious disease and not just a lifestyle condition. Treating obesity requires not only an effective health plan but also constant monitoring and counseling of patients.

CDC data show that the number of obese middle-aged Americans has quadrupled in the past thirty years. The sad part is, the trend shows no signs of slowing down. Today, about 200 million or 66% of Americans are either obese or overweight.

To put things in better perspective, obesity.org, a foundation dedicated to obesity research, released compelling comparisons. For example, since 1960, adult Americans grew by 1 inch in height and 25 pounds in weight.  In 1960, a 10-year-old boy weighed an average of 74.2 pounds. Now, a young boy’s average weight is 85 pounds.

Times were different in the '60s. Most sectors of that time demanded moderate physical activity. As a result of modernization, very little physical work is now required. According to an obesity article published by the Harvard Medical Publications in 2011, an average American man burns at least 42 calories less. This may not seem much but in truth, this makes up for 28 extra pounds.  It also does not help that an average American spends 55 percent of his waking hours sitting down.

Another cause of obesity is the fact that Americans are eating more often and in larger quantities.  Researchers from the University of North Carolina studied the eating habits of Americans over a 30-year period and found that the average number of meals rose from 3.8 a day in 1977 to 4.9 a day in 2006 and has been increasing per year since. Since the '70s, the annualized average calorie intake has increased by 28 calories a day.

Over the past 30 years, the number of obese children has doubled.  Obesity statistics provided by the CDC in 2012 show that one-third of children and adolescents aged 2 to 19 are either overweight or obese.

Obese children are also likely to be obese as adults.  This means obese children have a higher risk for heart disease, diabetes, stroke, and even several kinds of cancer.  A population-based sample by the CDC revealed that 70% of obese children showed at least one risk factor for cardiovascular disease. As early as 2005, medical experts already sounded the alarm on child obesity as the New England Journal of Medicine showed that obesity may cut a child’s life expectancy by two to five years – a decline not seen since the Great Depression.

To help kids and parents battle obesity, First lady Michelle Obama launched her“Let’s Move” campaign last year.  It urges kids to move, dance, and play to fight the obesity epidemic. However, the CDC laments that nearly half of American children do not have access to playgrounds, parks, sidewalks, and recreation centers. This is the reason why two Florida lawmakers recently filed a bill allowing the public to use school grounds as soon as the students are dismissed.

The American Heart Association recommends that all children aged 2 and above should engage in at least 60 minutes of fun, varied, and moderate-intensity physical activity.  This has become harder to do with all the gadgets and technology but as parents, you can make your children “want” to move. For example, children get fit at playgrounds while making new friends at the same time. Climbing a slide is a fun exercise for the legs, bars for stronger arms and shoulders; jungle gyms for a whole body workout, plus, children are encouraged to run from one playground equipment to another for a healthy dose of cardio exercise. Aside from physical fitness, playground activities also enhance a child’s motor and sensory skills for brain development.

You may also consider purchasing commercial playground equipment and even build an indoor playground that is safer and available whatever the weather. Do yourself a favor and join your kids in the swing, trampoline, or balance beam. This way, you are setting a good example for your kid to keep physical activity part of your parent-child bonding.

Contrary to gyms and sports, “Playground fitness” is for everyone. Obesity is continuously growing by the minute and parents should take the responsibility over their kids. Besides, we all passed the stage of being a kid, hula-hoop, jump rope, skipping, skating, and paintball are a few examples of how you could turn physical activities into fun, cool activities.

With the rapid progression of technology, the ease, comfort, and convenience robs each one of us with the right amount of physical activity needed for a child’s health and development. Time is of the essence; we must take action and help bust this next liability to humanity that’s slowly draining the energy out of children.

Take a step forward, battle childhood obesity, and let playtime together with your guidance, be the key towards a healthier generation of humanity.

Aby League is a qualitative researcher and a passionate writer. She has a Bachelor's Degree in Biology and is currently taking her Master's. She...