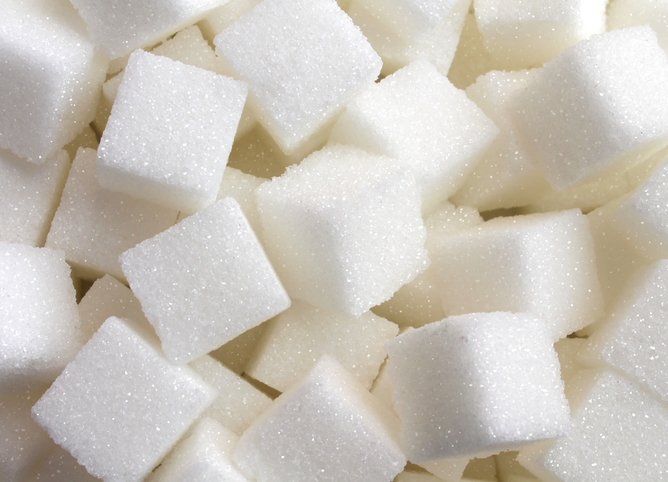 After a successful soda tax was passed last year in Berkeley, California, copycat laws are being proposed across the US, often with the support of nutritionists, medical professionals and a majority of the voting public. On May 28, the Illinois chapter of the American Academy of Pediatrics endorsed an act that would use a tax on sugary drinks.

Research has implicated sugar (meaning both table sugar and high fructose corn syrup) in the rising obesity rate and in health conditions like Type 2 Diabetes. Some researchers, including Robert Lustig, a pediatric endocrinologist from the University of California San Francisco, have described sugar as toxic. While we know that Americans are consuming a lot more sugar now than they have in the past, we don’t know at what amount it goes from being a sweet treat to something dangerous. Nor do we know how much of that danger is due to sugar’s unique effects, as opposed to its being a contributor to excessive caloric intake.

Lustig’s criticisms, detailed in his bestseller Fat Chance and the documentary Fed Up, can verge on apocalyptic. Sugar is “evil,” “toxic" and “poisonous.” His preferred analogies are tobacco, alcohol, cocaine, heroin and morphine. Soda is “a fructose delivery vehicle, similar to cigarettes.” Journalists, policymakers and food activists have become devoted followers, and they support his call to regulate sugar “like alcohol and tobacco.”

But this furor over sugar isn’t anything new. Crusaders have been warning about the evil effects of sugar for hundreds of years, with no positive effect on our health. And isn’t that the goal of this kind of rhetoric? Without attending to this history of bias and failed rhetoric, we may be doomed to continue repeating it. Toxic? Sugar and spoon via www.shutterstock.com.

Social history – too often ignored by science – reveals a consistent pattern of irrational beliefs about sugar. In 1974, pediatrician William Crook wrote a letter to a medical journal in which he named cane sugar “a leading cause of hyperactivity” (what we now call ADHD). This truism has been so persistent that it was immortalized on an Old Navy “Let’s Blame the Sugar” T-shirt for babies. Researchers debated Crook’s claim for decades. The scientific consensus now? According to the National Institute of Mental Health, “more research discounts this idea than supports it.” They cite one study as a possible explanation for the myth’s persistence, in which “mothers who thought their children had gotten sugar rated them as more hyperactive […] compared to mothers who thought their children received aspartame.” It was belief about sugar’s ill effects that biased the mothers’ perception.

Going back further in time, the demonization of sugar gets increasingly absurd. In 1968, holistic lifestyle crusader Jerome Irving Rodale – founder of health and wellness behemoth Rodale Inc – wrote Natural Health, Sugar, and the Criminal Mind, the thesis of which is evident from the title. Murder; domestic violence; the rise of Nazi Germany: blame sugar! The scapegoating of sugar dates to at least to the 18th century, when people lived in mortal fear of sexuality. British author Jonas Hanway blamed sugar for creating “fantastic desires and bad habits in which nature has no part” – and it’s not hard to guess what he meant. Children, he warned, were particularly susceptible to sugar’s detrimental effects, which also included “scurvy [and] weak nerves.”

Romanticizing “unprocessed” sweeteners also has historical antecedents. In 1852, physician James Redfield claimed that each stage of sugar processing was a “stage in the down-hill course of deception and mockery, of cowardice, cruelty, and degradation.” Animals that lived on honey were courageous and careful, “as, for example, the bee, the humming-bird, and the bear,” while those that preferred sugar were deficient in virtue, “as, for example, the housefly [and] the ant that lives in the sugar-bowl.”

Nor is it new to demonize sugar by associating it with drugs and alcohol. In the 19th century, temperance advocates spoke of sugar as a gateway drug, and a taste for sweets was thought to foreshadow deadlier habits. That’s what happened to Henry Haycroft, the fictional protagonist of an 1843 temperance tale, who eats “the sugar out of the bottom of his father’s toddy-glass,” before graduating to real drinks of sweet peppermint cordial. Redfield himself warned that “the use of sugar is the stepping-stone to intemperance.”

It’s hard not to be a little skeptical when you know your history. I’ve had a number of people ask me about a recent article called “Three Ways Sugar Kills Your Libido.” In response, I point them to nutritionist John Harvey Kellogg (yes, that Kellogg), who in 1881 argued that “candie … excite the genital organs.” Sugar stimulated animal appetites, went the scientific logic of the day, so it led to hypersexuality. It seems we’ve come full circle when it comes to sugar and libido.

We need to talk about sugar, but not like this

Anti-sugar advocates like Lustig have adopted a fire-and-brimstone approach: Demonize a macronutrient. Tell people they should consider removing sugar and sugary foods from their pantries, that it is toxic, that we need to regulate it like cigarettes, alcohol, and other drugs of abuse. Remember his analogies to cocaine and heroin.

But before we ransack our kitchens to rid them of ketchup and jam, it’s worth pausing to heed a warning from Stanford epidemiologist John PA Ioannidis. In his seminal 2007 article, Why Most Published Research Findings Are False, Ioannidis helps explain the endless flipflopping on nutritional guidelines. “For many current scientific fields,” he writes, “claimed research findings may often be simply accurate measures of the prevailing bias."

Real science, as Ioannidis reminds us, is slow and humble. Only time will tell if the current level of sugar alarmism is warranted, or if many years from now the comparison of sugar to cocaine will look a bit ridiculous. Should that be the case, governments and policymakers will be in the unenviable position of backtracking on yet another dietary guideline, further undermining the public’s trust in science as an enterprise. The research on sugar might be right – but our history of bias shows that we have a tendency to jump the gun on sugar due to moral furor.

That doesn’t mean that excessive sugar consumption is safe, nor that we should accept sugar’s role in our national diet. Caloric excess is often due to sugary treats, and companies market sugary foods rapaciously to children. So how do we address these problems?

Telling people “don’t eat that” doesn’t seem to have had a huge effect in the past. When Americans were told to fear fat, fat consumption dropped only slightly, while consumption of carbohydrates increased. Between 1971 and 2000, average daily calories from fat decreased by a mere 46 calories, while carbohydrate consumption increased by 240 calories. At the other extreme, some took the recommendation to limit fat and turned it into a prohibition, just as paranoia about fructose is now fueling a taboo on eating fruit.

Perhaps extremism, not sugar, is the real enemy. If that’s the case, the best approach to fixing our culinary culture doesn’t involve demonization or government regulation, strategies that promote dichotomous thinking – clean or unclean, toxic or safe – which experts warn may contribute to eating disorders like binge-eating and orthorexia, while having marginal positive effects on overall public health.

There are other strategies available. We could recognize that a healthy attitude toward food needn’t involve worrying about which foods are healthy. We could focus on making convenience food fresher, more diverse, and more affordable, because not everyone has a local farmers' market, or money to shop there, or time to cook, or a backyard garden in which to grow heirloom vegetables.

We could also strive to make home cooking more feasible by funding community cooking classes and reintroducing home economics. Culinary students – children and adults alike – could learn to prepare and appreciate delicious meals without feeling coerced, guilty or frightened. And they would do so in kitchens equipped, as all good kitchens are, with sugar.

Alan Levinovitz is Assistant Professor of Religion at James Madison University. This article was originally published on The Conversation. Read the original article.

Ph.D. University of Chicago Divinity School, B.A. Stanford University. I focus primarily on the relationship between religion and literature, with...