On Saturday, Hubble's main camera, the Advanced Camera for Surveys (ACS), stopped working. Until a solution, at least in part, can be found, Hubble will be returned to work with the remaining instruments. The "spine" of the James Webb Space Telescope, called the backplane, is in great health for space, according to scientists and engineers.

Recent tests show that the backplane, which supports the big mirrors of the telescope, can handle its trip into space and operate correctly when the observatory launches in 2013. Excavations supported by National Geographic at Durrington Walls in the Stonehenge World Heritage site have revealed an enormous ancient settlement that once housed hundreds of people. Archaeologists believe the houses were constructed and occupied by the builders of nearby Stonehenge, the legendary monument on England's Salisbury Plain.

Bioengineering researchers at UC San Diego have painstakingly assembled a virtual human metabolic network that will give researchers a new way to hunt for better treatments for hundreds of human metabolic disorders, from diabetes to high levels of cholesterol in the blood. This first-of-its-kind metabolic network builds on the sequencing of the human genome and contains more than 3,300 known human biochemical transformations that have been documented during 50 years of research worldwide. 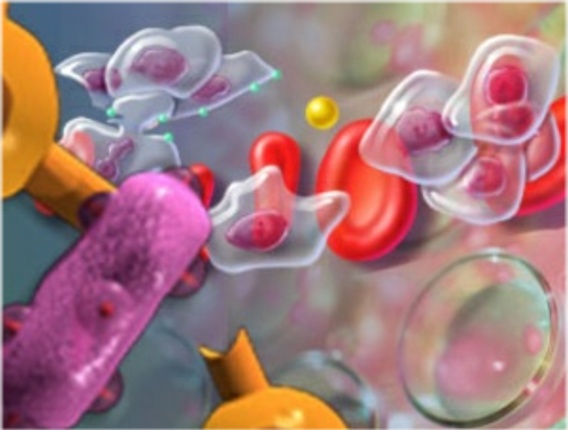 British physicists have shared computer time with biologists around the world in an effort to combat malaria, which kills one million people annually.

Using an international computing grid spanning 27 nations, scientists analyze an average of 80,000 possible drug compounds against malaria every hour. In total, the network has processed more than 140 million compounds, with the United Kingdom's physics grid providing nearly half of the computing hours used.

The international WISDOM project, for World-wide In Silico Docking On Malaria, is designed to speed the search for anti-malarial drugs. The computers calculate the probability that molecules will dock with a target protein.

Do Morals Conquer All In Decision Making?

Is morally-motivated choice different from other kinds of decision making? Previous research has implied that the answer is yes, suggesting that certain sacred or protected values are resistant to real world tradeoffs. In fact, proposed tradeoffs between the sacred and the secular lead to moral outrage and an outright refusal to consider costs and benefits (e.g."You can't put a price on a human life").

Previous theory in moral decision making suggested that if people are guided by protected values, values that equate to rules like 'do no harm', they may focus on the distinction between acting/doing harm versus not acting/allowing harm, paying less attention to consequences. Chaos On A Chip

For the first time physicists have shown that well structured chaos can be initiated in a photonic integrated circuit. Furthermore, this represents the first time scientists have been able to study optical chaos at gigahertz rates.

The output of a semiconductor laser is normally regular.

Lord Of The Rings Fans Get Confirmation Of What They Always Hoped: Hobbits Were Real

After the skeletal remains of an 18,000-year-old, Hobbit-sized human were discovered on the Indonesian island of Flores in 2003, some scientists thought that the specimen must have been a pygmy or a microcephalic -- a human with an abnormally small skull.

Not so, said Dean Falk, a world-renowned paleoneurologist and chair of Florida State University's anthropology department, who along with an international team of experts created detailed maps of imprints left on the ancient hominid's braincase and concluded that the so-called Hobbit was actually a new species closely related to Homo sapiens.


Dean Falk, a world-renowned paleoneurologist and chair of Florida St

Swarthmore Astronomers Discover A New Star In The Southern Cross

A research team at Swarthmore College discovered a previously unknown companion to the bright star, beta Crucis, in the Southern Cross. As a prominent member of the well-known constellation Crux, or the Southern Cross, it appears on five national flags: Australia, Brazil, New Zealand, Papua New Guinea, and Samoa.