Oliver Knevitt
Evolution is misunderstood by millions.  And, it has to be said, a lot of the time, this problem isn't helped by the way things are reported on the TV or in the news.


These are the 5 most common terms that, when I hear them used, I die a little. Though their effect is subtle, all of these terms perpetrate common myths about the way evolution works. The sooner they become extinct, the better!

1. Survival of the Fittest
Now, this term is something that often gets used synonymously with natural selection. In fact, it wasn't actually coined by Darwin himself; it was first used by Herbert Spencer, though Darwin later came to use it extensively.

I can see how "survival of the fittest" appealed to victorian sensibilities! Instead of implying a brutal, red-in-tooth-and-claw vision of nature, it implies a striving towards self improvement. Which is, it has to be said, appealing. Unfortunately, it's neither borne out by theory nor facts.

2. Living fossil
This is another very appealing term. Below was the best example I could find after a quick rifle through the drawers here in Leicester. It is a maple leaf next to a modernish mapleish leaf (sycamore). [For some much better examples, check out the Living Fossils website.] UPDATE - don't do that, it's a creationist website, as someone has kindly pointed out by email. Does anyone know of a website that showcases living fossils without an agenda?? 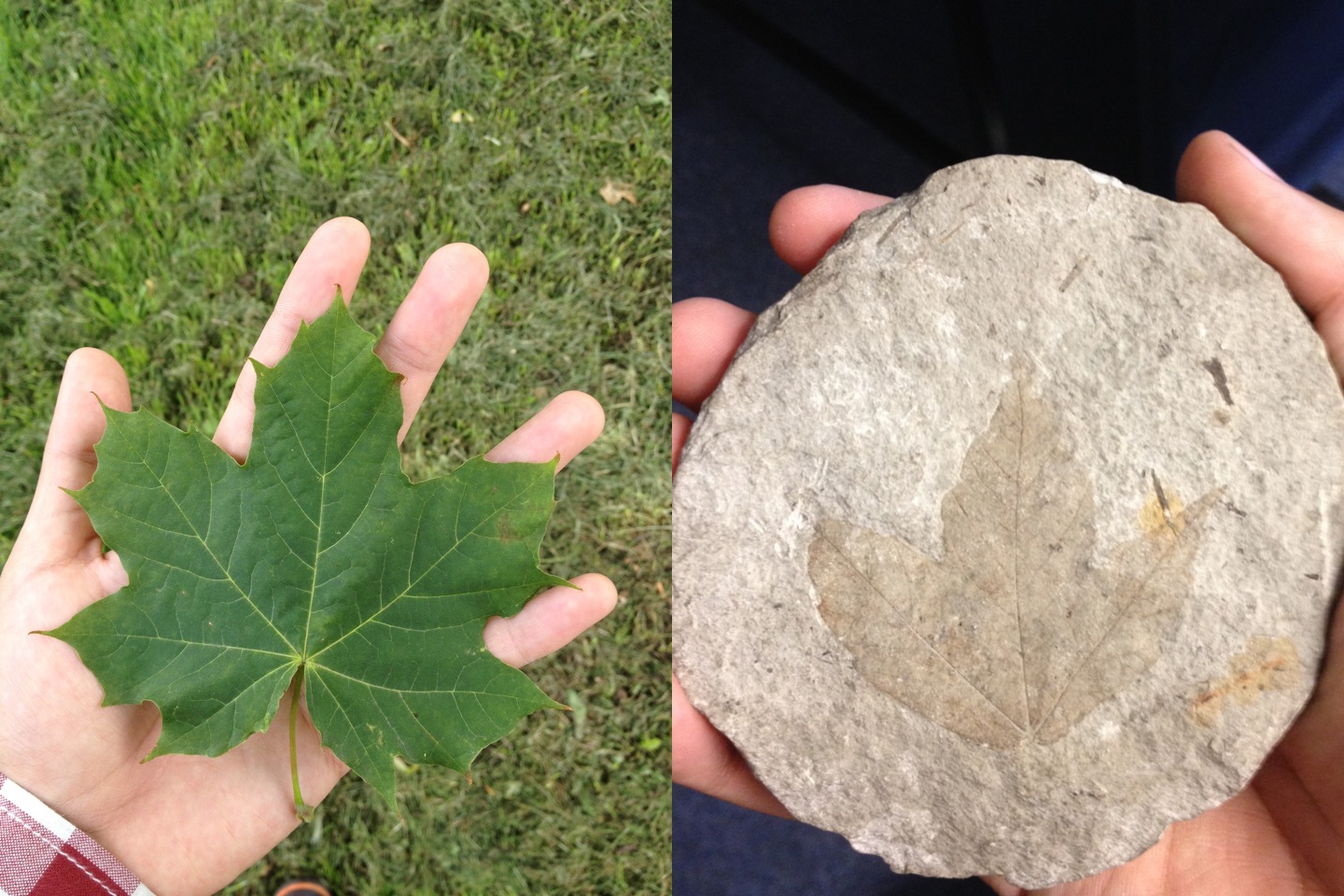 It's so appealing because for some so called living fossils really look like just that: like a sorcerer has breathed life into an inanimate fossil. Or that the fossil animal has been there all along, biding its time.

However, it just doesn't reflect reality. No organism can survive without adapting. Yes, it may well be that their body form seems relatively conservative, but then, it is likely there is a lot of change that we may have missed.

Richard Fortey advocates the term "survivors" instead; a much more preferable term. These animals are simply very, very successful, and are not some sort of dinosaur.

3. Missing link
This is undoubtedly the worst term in general use. There are many, many fundamental problems with this term, as I've written about before, but one the main problems is that a link implies a chain; a great chain of being, with the dumber animals at the bottom and clever man at the top.

Yet, there is a much deeper reason why I'd like this term to be dead and buried. It is entirely perjorative. It is only used by those wishing to deinigrate evolution. It automatically implies that we are involved in some sort of gigantic join-the-dots puzzle; that we spend our time desperately poring through rocks trying to find that one elusive crocoduck that will fill in our tree and finally legitimize our ill-conceived agenda.

The reality is that, if anything, it's the other way round. We have far too many fossils and which ones are closer to the ancestral line and which are further is the tricky bit. 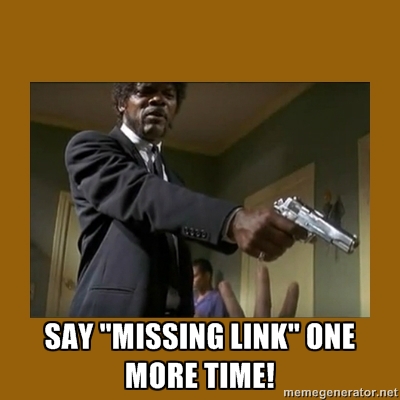 This is the one term that I am willing to issue a full, North Korea style, gagging order on. The main reason is that media reporting is obsessed with this idea. What we're interested in is uncovering the history of life on Earth and understanding how evolution works. We're not simply trying to prove that it happened.

In summary, we are not missing anything, and we're not looking, thank you very much.

4. More evolved/less evolved
I have to say that, in outreach work that I've done, I've succumbed to saying this. It's just too convenient to say. Instead, however, I prefer the term basal. A lamprey is considered to be a more basal vertebrate than a human because it shares similar characteristics with what we expect the common ancestor of all vertebrates to have. We didn't evolve from a lamprey; we share a common ancestor that is just as distant from lampreys as it is from humans, it only looks a lot more like a lamprey.

Strictly speaking, we are no more evolved than a lamprey. We are good at we do and lampreys are good at what they do.


5. Adaptation
Now, I'm sure that a lot of people will call me a pedant for disliking this term. The problem with using the word adaptation instead of trait or character is that it assumes that it got there via adaptionism.

It's undeniably true that most important force that shapes the morphology of an organism is adaptation, i.e. evolving them so that they are better adapted to the task required. However, it is not the only force that shapes body parts or behaviours. Often, they are there because of constraints on evolution; they may arise simply in tandem with the evolution of another body part. So, I don't like it because it makes us inadvertently make assumptions about the origin of any character of an animal.

Really, the people that ruined this term were evolutionary psycholgists, who, it's fair to say, regularly take an overwhelmingly adaptionist view of the human body. The worst example I can think of is the hypothesis that women like pink because it is an adaptation to picking berries. By using the term adaption, it automatically implies that there must be a selective reason for this. Remember what I was saying about survival of the fittest? This is a perfect example of that being misapplied. It is not simply that those who preferred pink were more likely to survive to have offspring; it would necessarily mean that those who didn't prefer pink would have to die. Which is... improbable, to say the least.

There you have it. Now, I realize that there are probably less serious problems than this in media reporting. The problem is that, the more these terms wash over us by being slipped into the odd news report here and there, we're more and more anaesthetised to their erroneous connotations. If we replaced this with more correct language, we wouldn't have the widespread misunderstanding of evolution that there is currently. Or at least, not as bad.

It's not particularly a problem for us paleontologists and evolutionary biologists, because we use specialist terminology. For instance, I might describe something as stem group if it's part of a transitional sequence; a term which has a precise definition, meaning we can be accurate and concise when we describe ideas to one another.

Obviously, journalists can't provide a glossary with every article; it belies the entire point of journalism, namely being to digest a complex story and condense it down to one nice, shiny nugget of information. But there has to be better ways of reporting stories, rather than using these loaded terms.
Between Death and Data
More Articles All Articles
About