LHC Kritiks in Switzerland, Germany and Austria survived the first ruling on their case by the European Court for Human Rights, August 29th. So did CERN's Large Hadron Collider, which will go ahead while the court action continues. A stunningly quick decision by the ECHR only 3 days after the complaint was filed against CERN and its 20 member countries from the EC denies any Interim Measures that would have forced CERN to suspend operations of the LHC.

Soon to be the world's most powerful atom smasher and the biggest and most costly science experiment ever, the $10 billion LHC straddles the borders of Switzerland and France, near Geneva. CERN, the giant European nuclear physics lab, has completed the 17 mile underground construction of the ring accelerator and is now in the first stages of start-up. It's goal is to unlock the secrets of the early Universe, through unparalled high energy collisions of hadrons, protons at first and then heavy lead ions. Critics believe that the LHC could pose enormous dangers to the planet. 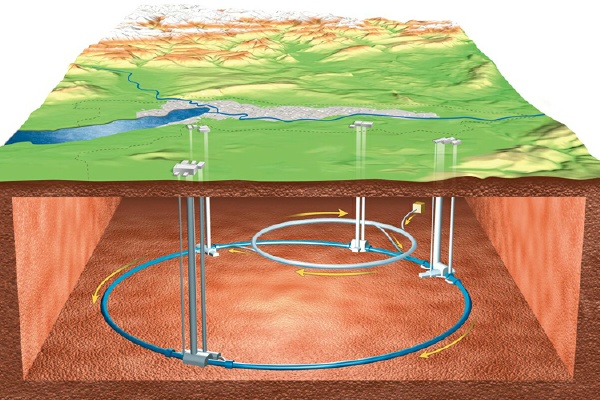 Markus Goritschnig, a spokesman for LHC Kritiks said, "This quick decision of the court to dismiss the claim for Interim Measures is not a negative sign as such. The Court is studying the whole appeal in detail now. Only the claim for Interim Measures was rejected, not the appeal itself." The Court gave no reasons for dismissing the preliminary injuction to stop LHC operations.

"The case before the European Court of Human Rights," said Dr James Gillies, chief spokesman for CERN, commenting on the Court case in the Telegraph, "contains the same arguments that we have seen before and we have answered these in extensive safety reports."

All 12 points in the LHC Kritiks arguments are being considered by the ECHR. Other safety hazards have been studied in the latest CERN LHC Safety Assessment Group report, including other theoretical objects and dangers that might be produced at the LHC like micro black holes. MBH is the main focus in the Court suit. CERN concludes there is no risk.

LHC Kritiks strongly disagree on the level of risk and CERN's claim that they have addressed it. "In the complaint", said Markus Goritschnig, "we took all the safety arguments into consideration that were given by CERN in their standard reactions to the global risk. They will have to produce a better LSAG report."

There are three principal signatories to the suit, one each from Switzerland, Germany and Austria. In the suit Dr Otto E. Rössler's theories on mBH figure prominently, though he is not involved with the court challenge. In answer to Dr James Gillies, he told me that CERN still has not disproved his general relativistic theory on mBH or proved that neutron stars are immune to mBH because mBH don't exist. Dr Rössler said these, the most dense stars, are not attacked by mBH because they are protected by their own superfluidity, so mBH pass through them as there is no friction. MBH can exist in space, he insists. Dr Rössler said, "This unproven argument does not impart any security onto earth as CERN alleges."

Dr Rössler added that there is further confirmation of his theory that mBH do not evaporate, contrary to what Professor Stephen Hawking states, through his Hawking radiation theory. "I just learned about an earlier proof of non-evaporation given by Vladimir Belinski, Institute des Hautes Etudes Scientifiques at Bures-sur-Yvette, France, in Physics Letters A. (Vol 209, p 13)

The authors of the Euro suit have included a new study on the mBH question, not considered in the LSAG report as both are recent documents. The paper by Dr Rainer Plaga, a German physicist, that supports Dr Rössler on possible mBH production and dangers, uses quantum physics arguments as CERN does. Markus Goritschnig thinks that Dr Plaga's work is a compelling contribution to the argument for dangerous mBH. "Plaga says the first consequence of producing black holes in lower dimensions would be a disastrous explosion. Then the semi-stable black hole would intensively radiate, consuming 17,000T of material each year. It would be unremovable, undestroyable, and surely endanger the planet as a whole."

Dr Rössler is due to meet with the Swiss President, Pascal Couchepin, this fall on LHC safety issues. According to a spokeswoman for the ECHR, "The proceedings before the Strasbourg Court are expected to take several years."