Is immortality really ideal? Is the confusion and befuddlement worth surviving the times and ages?  Much like Mary Shelley’s monster that arose from the dead, would we be wretched, dejected, and distraught by the prospects of a future that we can’t even hope to fathom? Frankenstein’s monster is composed of the separate body parts found at a morgue, the monster has lived in a previous era and was spawned in Frankenstein’s time. His creation had once died but was reborn in the future.

Cryonics is a method for life extension that, optimistically, depends on the advances human technology will achieve in the future. It entails preserving human bodies in cold states of three hundred and twenty degrees below zero using liquid nitrogen. The process depends on whatever procedures will be available in the future in order to restore the bodily functions back to life while minimizing frost damage on all of the cells and tissues in the body. 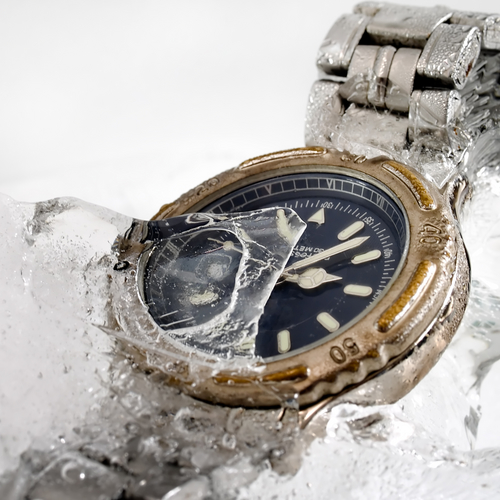 The unfreezing is currently impossible to do since there are no machines small and precise enough to do repairs at the cellular level well enough to restart all of the functions such as the metabolism, the formation of new proteins and mitosis. This would require further successes in the branch of nanotechnology.

The machines would be small enough to do the job while “smart”enough to get things started up again.

With incredible speed, replicating molecular machines that are capable of precisely sequencing atoms could be programmed to repair any cellular damage in the body; they could also completely reverse the aging process, as simply as if you were changing graphics on your computer screen

Although the idea seems promising, the process can only be done by freezing the body which hurts it. In an attempt to counter the freezing damage, scientists use cryoprotectants, a liquid, to help prevent internal freezing. The toxic agent gets pumped into the cardiovascular system’s veins and arteries as a countermeasure from freezing. This in itself poses another setback that will become a challenge for future generations of scientists.

Despite the challenges to overcome, if the process were to work would we be able to cope with the strange new world? According to estimates from Alcor Life Extension Foundation, the world’s largest cryonics service provider, people might be able to be revived between 2060 A.D. to 2180A.D.

With the current pace at which the world changes, would we as humans eventually begin to comprehend the world of tomorrow? I think not. A time skip such as the one that the person would experience in a revival would be similar to Thomas Edison living in the twenty-first century. He lived in a world of horse-drawn carriages, Western frontier expeditions, and Mark Twain – not cars, planes, Mars, and J.K. Rowling. The world and its views have so drastically change that he would be driven mad by all the severed connections he is unable to make. How has man been able to soar into the sky, to know about the “Big Bang Theory” and Earth 4.6 billion years ago?

By Edison’s time, Charles Darwin had only rode on the H.M.S. Beagle and circumnavigated the globe about 40 years earlier, the scientific evidence supporting his findings were not yet conclusive. Humans’ concepts of the world and their roles within nature have changed even more. We have been capable of changing our ways and adapting to our world at such an alarming rate that even a twenty year leap through history would leave us speechless.The creation of Facebook, smartphones, touch screen gadgets, hybrid cars, America’s first black president, Liberia’s first female president, the 2004 tsunami, online shopping, solar power and many more additions to our quotidian lifestyles.

Even a jump of two decades shows the incredible growth in the role that technology plays in our lives. In 1992, phones couldn’t use any internet services, the Soviet Union had only just broken up one year earlier, and the European Union was only just formed in February. The state of the world politically and technologically constantly changes so radically that it would be very challenging for any survivor of his era to live life successfully in the future.

The comparison applies only to the past and the present. Life as we know it is changing even faster today that it ever has at any time before.With that in mind, the immense shock that we would experience if we woke up in a future not meant for our natural lifespan would be too great. We would be too confused and dumbfounded at the sights of the future that would eventually border lunacy from the marvels and wonders that man has achieved.

If eternal life is eternal deliria, then perhaps resting in peace is more convenient than we may think.

The Biology Corner
More Articles All Articles
About

I am currently a senior in high school at the International School of Dakar. I am going to do my undergraduate studies at Cornell University in biological...