The Portuguese funding agency for science (Fundação para a Ciência e aTecnologia – FCT) has just announced lthat it will stop  funding nearly half of the research units in the country (154 units out of 322), which means to destroy the career of about a third of the total number of researchers in the country (5187 out of 15444).

Of these soon to be extinct research units, 1904 researchers in 71 units will be gradually fired in the next 6 years. The remainder 3283 researchers  will be award an extremely limited amount of funding, ranging from less than $7000/year (for units with less than 40 members and no laboratory equipment) to less than $50000€ (for laboratories units with more than 81 researchers), which in practice is a a slow death sentence as no research can be done with that budget. Just to put this in context, in the UK a reasonable grant will give the laboratory for  EACH biomedical researcher is around $1700/month.

For each biomedical UK researcher $20,400/year.

Worst , most of units closed have show competitive productivity scores at the international level, according to an Elsevier study requested by the same FCT.

Ignoring this, the government relied on an evaluation led by the European Science Foundation, based solely on documents, without interviews to the researchers or visits  to the units. Not only that but the panels making decisions were formed mostly by non-specialists in the area. For example, the one that  decided to shut down most of the condensed matter physics units in the country, had a 1 specialist in condensed matter physics out of 11 people.

Conditions have never been easy for portuguese researchers - PhDs financed by FCT earn $,1337/month and , worst,   there is no real professional category of "scientist"  what means that we are not integrated in the national security scheme, except voluntarily so researchers with grants have no real pension plan. Also their grants have not been financially updated/increased  since 2002 what means a 25% financial reduction when considering inflation.

In the last 20 years, portuguese science has been growing steadily, with several research laboratories of excellence appearing, gaining a place in the international research panorama. Money was invested in educate researchers and create laboratories, and the results were visible. In a world as scientific-technological as ours, science is progress and development.  Last 3 year 300 000 portuguese emigrated , many scientists due to the economical measures. IN a country of 10 millions this means that only in this period we already lost 3% of the population. Now this. Like Garcia Marquez so well put "a chronicle of a death foretold". 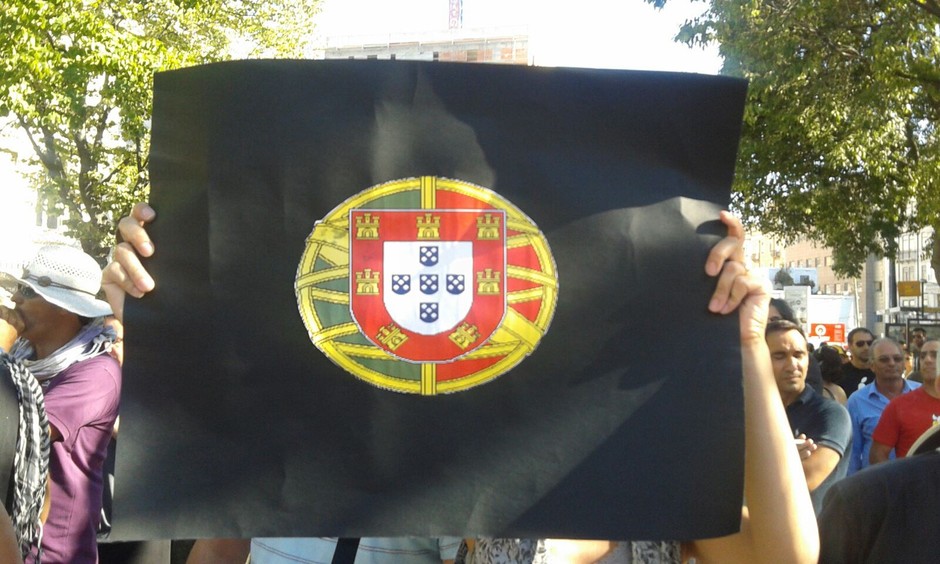