During the 2011 Tohoku Earthquake in Japan, the ground level sank along the coast near Onahama Port,  Fukushima Prefecture. This has caused recent average tide levels to rise by about 40cm.

A tide level recording from Onahama Port shows the tide level fluctuations at the time of the quake and the subsquent increase in tide levels. 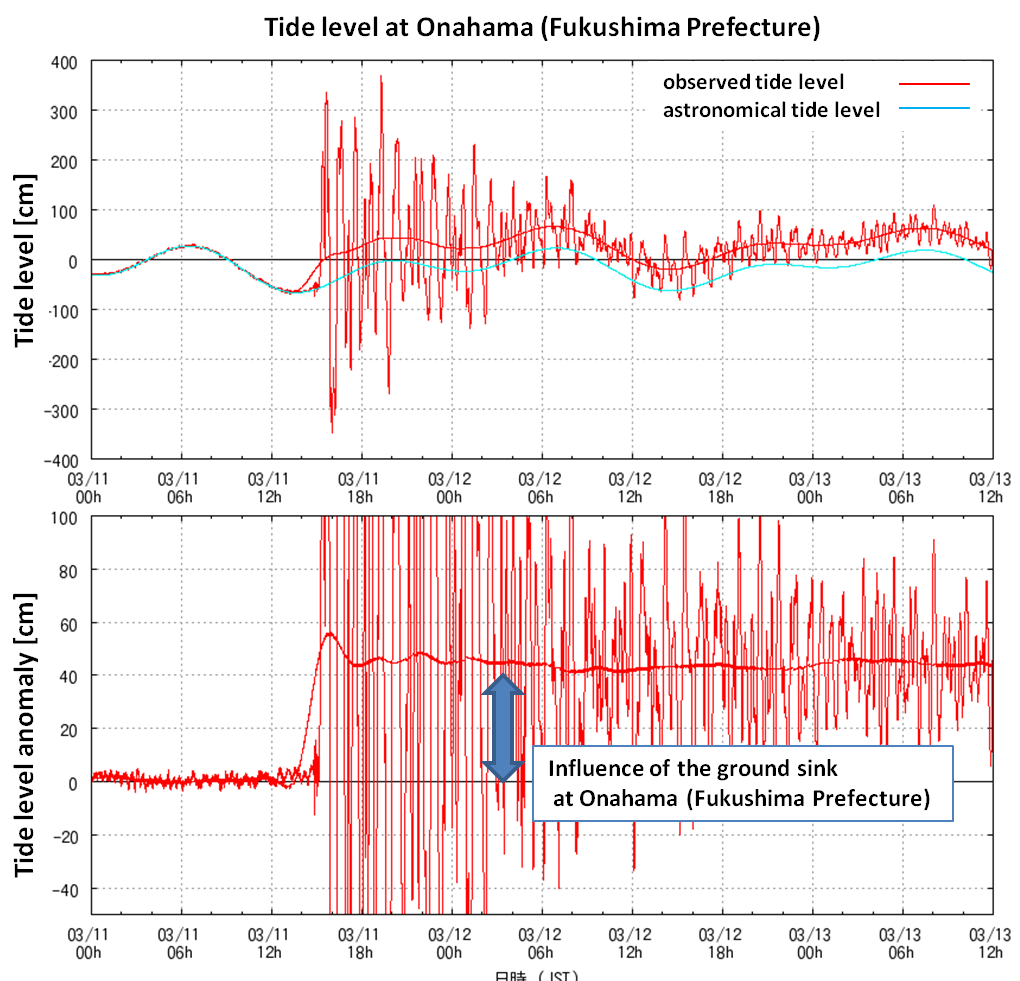 Onahama Port is shown on the map below.

The change in ground level caused by the Tohoku Earthquake is likely to increase the flood risk in areas near Onahama Port generally.  The flood risk will increase significantly during spring tides and storm surges.

The Japanese Meteorological Agency, reporting this change in relative sea level, stated that the 2011 Tohoku Earthquake largely sank the ground level of the Pacific coast of Tohoku region - north of Onahama Port - and the northern part of Kanto region.  Kanto region is south of Onahama Port and is not shown on map above.

The risk of the submergence and flood in these regions has become larger than before the 2011 off the Pacific coast of Tohoku Earthquake.

Therefore, it is necessary to pay special attention to the tide level and to prepare for the submergence and flood in these regions, especially during the spring tide, when the flood tide level becomes higher than usual.

JMA will alert the region where the ground level largely sank by issuing the Storm surge Advisory.