Fukushima And How Germany Doomed Itself To Russian Influence By Choosing Nuclear Hysteria Over Science
By Hank Campbell | February 9th 2022 07:12 AM | Print | E-mail

Tweet
If you were an environmental activist or a politician looking to use any world event to gain cultural traction against nuclear science after slowly losing ground due to concerns about climate change, Fukushima was manna from heaven. The prospect of a nuclear meltdown is just what you hoped for to get the most viable clean energy source banned.

In 2011, a perfect storm of natural cataclysms hit Fukushima prefecture. The Tōhoku earthquake and tsunami caused a nuclear accident at the Fukushima Daiichi Nuclear Power Plant. The first was disaster was fine, upon detecting the earthquake the active reactors automatically shut down and emergency diesel generators automatically started. But then flooding due to the next disaster, a 50-foot tsunami, caused the failure of the emergency generators and loss of power to the circulating pumps. That led led to three meltdowns and release of radioactive contamination and the evacuation of 150,000.

It also immediately led some partisan academics to claim that they could already detect radiation on the American west coast and countries like Germany declared nuclear too risky and, since solar and wind were ready to replace it, their nuclear plants were being shut down.

The science community said that more people were going to be hurt in the panic of an evacuation than from the reactors, and they were right. There are no worrying levels of radiation there. Yes, some spots have a higher level than the linear no-threshold (LNT) model but LNT was created in the 1940s and has no grounding in science. It is unclear to experts why it is still used, other than the same reason casual people say "survival of the fittest" or, like us, use an atomic orbital as a graphic. In the real world, there is radiation coming off of bananas and Guarapari Beach in Brazil has 300% of the 'safe' levels and tourists go there for its "healing" properties. It's supposedly not risky because it is natural, which makes no scientific sense at all.

Yet now Germany faces very real risk. They have placed themselves in the exact position they were warned about during the Reagan administration. Even in 1982 it was known that more reliance on Russian oil meant an inability to stand up for what is right. Abandoning nuclear out of politically-motivated hysteria toward science made it worse. Now they are political eunuchs. 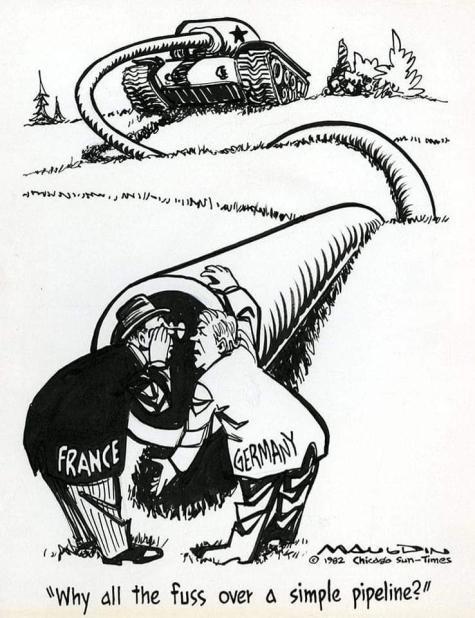