This column begins a new feature for this blog.  Every week or two, for the near future, I plan to have an interview with a well respected scientist or thinker on the subject of energy.  Regular readers of this blog know that I believe that facing and solving the multiple issues concerning energy is the single most pressing problem that we face as a species.  There is a lot of media coverage about energy, alternative energy and global warming, but what has been missing is the knowledge and point of view of scientists, at least in the main stream media.  What do the best and brightest think about energy and the future?  Please continue to come here and find out.

This series is launched with an interview with Dennis M. Bushnell.  Dennis is Chief Scientist, NASA, Langley Research Center.  I had the good fortune to meet and listen to Dennis at the recent Energy conference hosted by the Foundation for the Future.  Then, and here, Dennis has clear, firm and well researched positions on energy.  Enjoy. 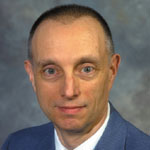 As Chief Scientist at NASA Langley Research Center, Dennis M. Bushnell is responsible for Technical Oversight and Advanced Program formulation, with technical emphasis on areas of atmospheric sciences and structures, materials, acoustics, flight electronics/control/software, instruments, aerodynamics, aerothermodynamics, spacecraft, space access and other areas. He has authored more than 230 publications and major presentations, and delivered nearly 200 invited lectures and seminars often on the future of technology and the shape it will take for humans and society.


1. Scientificblogging:  Thank you for this interview.  Dennis, your title is " Chief Scientist, NASA, Langley Research Center"  That sounds impressive.  What is it that you do in general, and how much of your job relates to energy issues?

2.    In your presentation at the Foundation for the Future's "Energy Challenges:  The Next Thousand Years" you were quite emphatic about the urgency for humanity to change energy consumption, and the types of energy that is used.  Please elaborate and perhaps suggest timelines for this to occur.

There are two "Warming" issues, the one which folks are increasingly concerned about related to CO2/Atmospheric Composition and one which is not yet on the societal radar screen associated with the waste heat attendant to human energy utilization. Mitigating this second warming issue places constraints upon the solution set for the atmospheric composition-induced warming. The solution urgency devolves from the increasingly massive climate changes/effects occurring now and the strong probability of serious warming acceleration from CO2 induced  release of massive deposits of Fossil Methane, which is a far greater warming issue than CO2 [ some 21 times worse]. The methane release effects are not yet fully incorporated into the warming estimates and therefore time-lines are currently fuzzy. The indications are that the methane releases could force greater warming sooner than current projections.

3.      Do you believe in Peak Oil, and if so, what is your projected depletion date of the world's petroleum reserves?

Production from "conventional" Petroleum reserves has been "peaking" for decades in an increasing number of countries. The preponderance of the estimates I have seen for overall "peaking" is some 5 to 10 years out, little more. However, there are many alternative Fossil sources which could produce petroleum - tar sands, coal, etc...The petroleum production costs for these alternative sources is expected to be greater than from conventional/historical sources  .THE real issues surrounding Petroleum are warming AND the huge increases in demand from the developing world including China and India. This demand is currently outstripping the supply and will drive up prices very significantly, along with the production-engendered cost increases. I have seen estimates of $180/bbl oil in not that many years hence. For the U.S. oil is currently a MAJOR balance of payments issue [ order of $400B/yr] at the current price of some $60+/bbl. There are all sorts of issues with petroleum  - Warming, Economics, Geopolitics, National Security and others.....

4. What do you think are the most promising forms of energy to replace petroleum short term?  Why?

There are no "Short-Term" major "fixes" other than Conservation of various flavors. ALL of the large number of "Green Energy" ways forward would/will require a few years at least of Development and deployment, a major reason we need to start now. A rackup of the Energetics Production solution spectra includes the following:

- Biomass/Biofuels, Including seawater/Brackish water agriculture/irrigation on wastelands using Halophyte plant stock [ salt-tolerant plants, some 10,000 extant] and aquaculture of Algae, which purportedly is capable of producing some 20,000 gals of fuel per acre-year vice the 4,000 from land agriculture. Such approaches to agriculture could solve Land, water [ conventional agriculture utilizes some 67% of the fresh water, this could then be used for direct human needs], food, energy and warming.

- Emerging Nano Plastic Photo-voltaics, some order[s] of magnitude less expensive and ultimately more efficient than current photo-voltaics. Placed on the roofs as shingles  this could purportedly co-generate some 75% of the power on the grid.

- Advanced Geothermal, in a large fraction of the land-masses 200 degree centigrade rock is available some 2 km. down, 300 degrees available some 5 Km down. The drilling technology is capable of some 10.Green Power plants with no fuel cost.

- Tidal Current Turbines, In the Northern Latitudes there are tremendous tidal currents capable of driving imbedded turbines and producing prodigious amounts of energy.

- Recent U.S. and German research indicates CO2 can be extracted from the atmosphere and, using solar energy/artificial photosynthesis, converted into CO, which is a fuel.

There are many other such "Midterm" possibilities but this is a good "starting " list.

Note that Fission Nuclear and CO2 sequestered Coal are not on this list. The first because the waste issue is not clear or "good" and there is a limited supply of Uranium going forward, with backup fuels a proliferation issue. The latter is left off because of an aversion to utilizing fossil carbon/producing yet more CO2, even if is "sequestered" [ at some cost].

6.At the conference you were keen on energy conservation. What are the key conservation initiatives the United States and the world should undertake?

7. I know you have expressed concern about the 'waste heat' issue.  Could you please explain this issue for my readers and perhaps place it within the context of the "Second Law of Thermodynamics"?

The second Law of Thermodynamics requires the production of prodigious amounts of waste heat associated with human energy utilization. This waste heat warms the planet and must be radiated into space. We are some 3 orders of magnitude from an energy usage rate which could raise the temperature of the planet in a sensible manner. As the rest of the world approaches the U.S. energy consumption per capita and as the energy usage rate increases we could approach the "worry level" for this warming problem in not that many decades.

The solution is to stay away from and not use energy sources that add "new Heat". These include nuclear, fossil fuels and geothermal. Solar in all of it’s' manifestations is fine, as in  Biomass, photo voltaics, thermalization and  CO2 conversion.

9. You mentioned the methane problem several times during the course of the conference.  This seems to be a subject that has not received as much attention as you think it needs.  Could you briefly explain it, why it is a problem and what, if anything can be done?

There are immense amounts of fossil methane under the sea and in the Tundra trapped in a water-ice [ Methane hydrate]. There have been three or so previous

major methane releases in the geological ages, in these there were some 80% plus species extinctions. The CO2 induced warming is releasing this methane, which, as I mentioned earlier is some 21 times worse than CO2 as it relates to global warming.  Methane Is a rapid warming accelerant, which ,greatly increases the urgency of the warming issue[s].

10.     On the last day of the conference we identified three things that were considered the most important things to work on going forward:  issues of energy storage,  public awareness of the energy crisis, and the creation of a global energy coordinating body to facilitate and oversee the new world of alternative energy and energy conservation.  What are your thoughts on these three issues and which one is most urgent?

The most urgent is public consciousness raising, including information regarding both the problem and the solution sets. The entrenched industries/politics of  Industrial Age energetics will only respond in an expeditious manner to a major public movement and outcry.  The next is Energy storage, for which there are several very interesting approaches, including superconducting magnetic energy storage using carbon nanotube magnets. Third, the coordinating body would be useful but MUCH of what has to be done can be "bought-by-the-yard", is doable largely locally, given modest research investments. As an example bio-refining is "scaleable" down to the individual homeowner.

11.Any final thoughts or comments?

The Industrial Age technologies are responsible for this situation and the IT/Bio/Nano Age technologies are perfectly capable of getting us out of it, IF they are supported in a timely fashion. Much of the envisaged Green Energetics is decentralized, analogous to the PC vice mainframe version of Energy Production.

ScientificBlogging:  An interesting analogy.   Dennis, thank you so much for your time..

A Future Look at Today
More Articles All Articles
About

David Houle is a future thinker, speaker and strategist who advises organizations about dynamic trends. He is the author of The Shift Age...