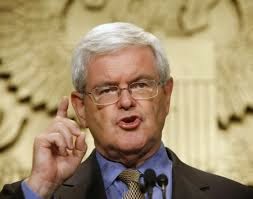 Today the New York Times published an op-ed by Newt Gingrich where he calls for doubling the budget for the National Institutes of Health here in the US.

Who can argue with that?

Mr. Gingrich correctly points out that the NIH budget has been flat for years and that this has eroded the nation’s ability to carry out needed fundamental research. Of course, this situation is nothing new for antibiotic researchers.

Having lived through decades of essentially no funding, there was relief starting in 2006 with at least some funding. I can’t put my hands on exact numbers, but I know that through the Drug Discovery and Resistance study section, through which many of the grants on antibiotics are funneled at NIH, and where I worked as a reviewer for a number of years, the paylines were only rarely over 10%.

Most of the time, we funded only 6-10% of grants submitted – because of a lack of money – not because we had no good grants to fund.

Of course, the quality of grants was not always so good either. But with years of penury behind us, how could we expect anything else? With no funding, people leave the field and no one enters the field. Those that do may not be so well trained since they might have ended up in antibiotics research as a sideline of their thesis supervisor, who most likely knew little about the subject.

Or, they may simply be scientists trained to do basic research trying to do the more practical drug discovery research with no particular training or background in this highly specialized field. This leads us to a situation where we have a tiny amount of money going to a tiny number of antibiotic researchers via the NIH. And, to make things worse, in spite of many years of cajoling,the NIH still does not recognize the need for specialized training in this area.

The NIH has yet to put in place a program that will train antibiotic researchers in the areas of drug discovery and development within the pharmaceutical industry, where the special knowledge still exists - at least for now.

What does Mr. Gingrich propose?

He suggests a doubling of the overall NIH budget and he dreams of a world where we could boost research on Alzheimer’s, diabetes, kidney disease, cancer, strokes, and arthritis.All of these already receive more money from NIH today than antibiotic resistance.

Yet according to the CDC, antibiotic resistance causes two million infections in US hospitals every year leading to 23,000 (a minimum estimate) deaths. This adds up to $20 billion in excess health care expenses and costs an additional $35 billion per year in lost productivity.

Another part of Mr. Gingrich’s proposal is that the NIH director be given the freedom of how to spend the money. The problem is that, at least within the National Institute for Allergy and Infectious Diseases (one of the institutes of NIH) where antibiotic research is funded, the director has deliberately chosen to prioritize other areas of research over antibiotics for decades.

Is this a good idea?