Alex "Sandy" Antunes
Last week I told you how to get your degree.  Now it's time to look at the life of a working scientist.  It's time for me to answer oft-asked questions like:

Bear in mind I'm an astrophysicist who has done a lot of work as a spacecraft operations person and as a computer programmer.  I'm not an engineer, nor do I play one on TV.  But the divide between 'engineer' and 'scientist' isn't that far.  What I say works for both.

Okay, about some jobs.  If you're working at a research facility (such as NASA or NRL or a university), you show up each day at the office. Even if it's called "Goddard Space Flight Center" or "Naval Research Lab", it's still a set of offices, with 1-3 people per office.  You have a desk, a workstation, a little bit of space-- rarely a cube farm.

At NRL, for example, in the coffee/printer room there are six big monitors showing live solar data from the SOHO mission.  There's hardware labs all around, weird hardware in some hallways, a library in the building, two cafeterias near by.  Some people always go to lunch as a group, others brown-bag it.

You pick your hours and stick to it-- some people like to come in early and leave at 3, others don't show up until 11 but work late.  There's a strong attitude of 'do the work, don't just put in your time', which in turn gives a degree of casualness to the work place.  But you have to put in the time, too-- it's just the start and stop have flexibility.

Most sites and projects have a set of 'core hours' when everyone should be at work.  This makes it easier to schedule meetings and interact with colleagues.  10am-2pm, or 11am-3pm, are often reasonable 'cores'.  As far as work hours, I used to work too much.  That's a trap to watch out for, but that applies to any job.  Pace yourself for the long haul.  Pitching in during crunch times is great, but if you're working 12 hours every day every week every month while others are going home and having lives, you may be heading towards burnout and cynicism. 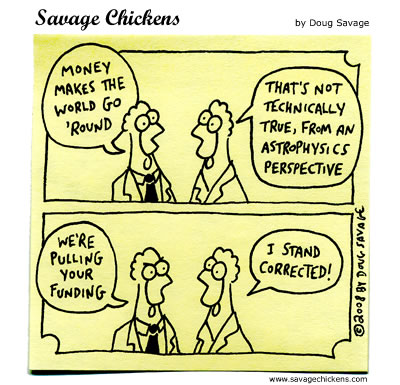 Worksites usually have seminars run by different labs, which you can attend if the topic interests you.  These are from visiting scientists, folks in the lab presenting new stuff, scientist/authors plugging their books, etc.  So it's a little like a campus in these regards.

My work has mostly been with satellites, I arrive 1-2 years before launch, get it ready, stay for the in-orbit checkout, then train the post-launch people so I can move on.  So, the work is always focused-- there's a launch date to aim for and stuff you _must_ get done.  I find that motivating.

Some people work in analysis jobs or in operations, where the goal is more to maintain the steady flow of data and information processing. Others build tools for the user community, so their task constantly changes but they bring the same skill set to bear.  Others do web work or outreach, and there are of course sys admins, administrators, lots of different roles.  Some are engineers and build stuff.

And also do software-- everyone seems to have to do software as part of their work.  Computers are everywhere.

With several missions I've been on, the engineers help build and test the spacecraft hardware, then often serve on the day-to-day operations staff.

Engineers and computer scientists make good money, scientists a bit less so.  If you're curious about salaries, there are many salary surveys at the library or on the web you can look up.  One of the hardest questions when you interview for a job is when they ask, 'what salary do you expect'.  If you haven't done research on their salary ranges, an adequate answer is "given my skill set, I'd like to start above the middle of your starting salary range."

I've rarely had trouble getting a job, but I've always been open to different work.  It's not just me-- I know a meteorologist that got work as an astronomy science scheduler, an astronomer who went to work in meteorology, a religion major who became the chief webmaster at GSFC, etc.  I did X-ray research at NASA, got my PhD in the totally different area of galaxy simulations and numerical modeling, then promptly got a job as a solar physicist.

If you want to, say, design supersonic aircraft wings, and that's the only job you want, you may find it harder to get a job.  Getting a job is a mix of your skill set but also your apptitude and work ethic, and what you are willing to try.

For recent graduates looking towards a first job, I think you'll want to get involved with a project, start in whatever work they offer ('fresh outs' don't necessarily get a blank slate!) and then learn what you enjoy doing (and are good at), which is why having a broad set of skills is helpful.  It sucks to, say, be the top-ranking graduate in AI Theory and then find out you really enjoy building hardware.  Be a generalist with a few specialties then get some jobs and focus on what you're good at.

There's a model that says any job has 3 parts: good pay, good work environment, meaningful work.  A job with only 1 of these, you'll leave.  A job with 2, you'll grumble but stay.  A job with 3, doesn't exist.