It is a sad commentary on the times we live in that “alternative truth” is a concept with governmental sanction, and that formerly accurate science has been politicized beyond recognition. Today, many politicians and ideologues on either side of virtually every issue are fond of claiming that “science” supports their own ideas, even though these same people often cannot tell the difference between a fact and a fortune cookie. In a democracy, everyone is entitled to their own beliefs, but everyone is definitely not entitled to their own facts.

This would not be a problem if the general public were more scientifically literate, and did not confuse political agencies with bastions of good science.1 Unfortunately, however, most people today know nothing about risk assessment methodology and cannot tell the difference between a real scientist and a salesman with a political agenda. For a scientist like myself, this is a discouraging state of affairs in what ought to be the best educated populace in human history. It’s not that the public is not intelligent enough. Rather, it’s that they do not trust their own common sense as much as they trust the con men who appeal to their emotions to circumvent their intelligence. The latter are particularly effective at peddling irrational fears of public health “hazards” and looming environmental “disasters”. 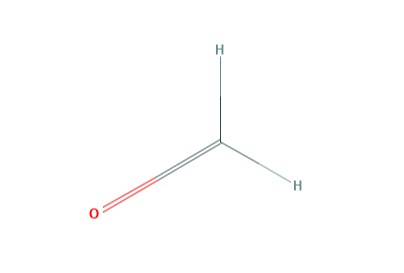 The reader has probably had some experience with this malodorous chemical, if only while dissecting a frog or other animal in high school or college. Humans have always been exposed to significant levels of formaldehyde in their diet (10-20 mg/day), because formaldehyde is a natural component of fruits, vegetables, meats and fish.2   Formaldehyde has also been commercially produced and used safely for over 100 years 3. However, in the wake of Hurricane Katrina in 2005, this ubiquitous substance acquired a new and sinister reputation, due to reports of coughs and other maladies experienced by some people who lived in the trailers that FEMA had purchased as temporary housing for those displaced by the storm.4 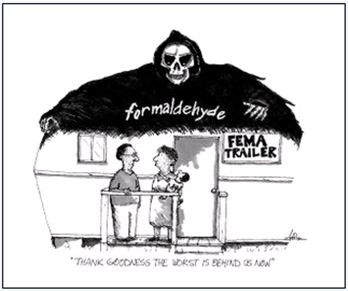 Using epidemiologically weak association, rather than established causation, IARC declared inhaled formaldehyde to be a “known” human carcinogen in 2006. In 2010, the U.S. EPA followed suit, as did NTP in 2011. They did this even though scientists knew that formaldehyde is a natural intermediate in cellular metabolism (the so-called one-carbon cycle) and is essential in the synthesis of DNA and proteins, the building blocks of life.4

Large amounts of endogenous formaldehyde are universally tolerated without harm in animals from bacteria to man, because it is very rapidly converted, with a half-life of one and a half minutes, to a less toxic substance called formate, an essential co-factor in the one-carbon cycle. Regulatory agencies have ignored this important fact and, by branding formaldehyde as a known human carcinogen by inhalation, have made people irrationally afraid of the trivial amounts of formaldehyde that may off-gas from the wood paneling in their homes.

From formaldehyde to coronavirus, we'd benefit from better risk assessment

Risk assessment could be a much more scientific endeavor than it currently is, if only it gave more emphasis to scientific data than it does to bureaucratic assumptions. But, it doesn’t. That’s because the actual purpose of risk assessment (especially in America) is not to produce accurate estimates of health risk, but to produce redundantly conservative estimates of safe levels of exposure that are unlikely to ever prove insufficiently protective of public health. Thus, at regulatory agencies, the purely political policy of erring on the side of safety takes precedence over any and all scientific considerations.5

It should be noted that all levels of exposure below one that produces no adverse health effect are, by definition, equally safe. But, by identifying one of those lower safe levels as the “officially” safe level, regulatory agencies tempt many people (especially environmental activists) to assume that all of the higher safe levels of exposure might, in fact, be toxic. Without that fallacious assumption, the modern environmental movement would be a steam engine without wheels.

So, what, specifically, were the scientific facts to which EPA, IARC, and NTP did not give adequate weight in their findings? An abbreviated list follows:

1)  All known potential toxic effects of inhaled formaldehyde are limited to the nasal passages. The threshold for eye, nose and throat irritation is around 0.8 to 1.0 parts per million (ppm). By comparison, average levels of formaldehyde in the air in standard homes is 0.07 ppm. 3, 6

2)  The regulatory agencies concluded that inhaled formaldehyde caused nasal cancer and leukemia in humans. But, the principal studies on which they relied did not, in fact, constitute evidence that inhaled formaldehyde caused either cancer in humans. Formaldehyde can cause nasal cancer in rats which, as obligate nose-breathers, have no choice but to breathe whatever investigators decide to put into their breathable air. But, this can occur only at high concentrations (6-15 ppm) which humans would find intolerable. (Formaldehyde has a very distinct, irritating odor.) However, inhaled formaldehyde cannot cause leukemia (or any other non-nasal cancer) at realistic doses, even in rats, because inhaled formaldehyde doesn’t even reach tissues beyond the nasal passages, i.e., unless the chronic concentration in air is so high (i.e., ≥ 6 ppm) that it overwhelms the capacity for absorption and detoxification by the nasal tissues.6 This is an exposure scenario that can only be produced in the laboratory.3

3)  Formaldehyde is a normal metabolic product that is present at all times throughout the body and is rapidly metabolized. More than 50,000 milligrams are produced, used and detoxified by the human body every day. The very short half-life in blood (1.5 minutes) guarantees that levels of formaldehyde in blood never exceed 2-3 parts per million, regardless of exposure.2 These normal levels of endogenous formaldehyde are so much higher than potential exogenous exposures in the workplace or at the dinner table that the latter have no detectable impact on normal blood levels.2 If external exposure to inhaled formaldehyde cannot even elevate levels in the blood, then it clearly cannot produce adverse health effects.

4)   Because formaldehyde is a normal product of human metabolism, it occurs normally in exhaled human breath at concentrations of 4-10 ppb, which is roughly 1,000 times higher than EPA’s 1-in-a-million cancer risk level. If the latter were a realistic level of cancer risk, then normal human breath would have to be considered carcinogenic.

5)  EPA’s one-in-a-million cancer risk levels are usually derived by assuming that effects seen at very high doses in laboratory animals occur with proportionately lower frequency at all lower doses (except zero). This is the infamous zero-threshold policy assumption which has been abandoned almost everywhere except the U.S., because it is demonstrably invalid.3  Formaldehyde-induced nasal cancer is, obviously, an exclusively high-dose effect, because inhaled formaldehyde causes nasal cancer in rats exposed to more than 6 ppm, but not at 2 ppm.3

6)  Finally, confounding exposures were not considered. For example, the strongest known risk factor for nasopharyngeal cancer (NPC) is Epstein-Barr virus (EBV) infection. EBV is detectable in virtually all types of NPC, but is absent in normal nasopharyngeal cells.4 Therefore, there is no logical basis for speculating that inhaled formaldehyde was the actual cause of nasal cancer when a known causal agent is always present in affected tissues, whether formaldehyde exposure occurred or not.

6. Lu, Kun; Collins, Leonard B.; Ru, Hongyu; Bermudez, Edilberto, and Swenberg, James A. (2010). Distribution of DNA adducts caused by inhaled formaldehyde is consistent with induction of nasal carcinoma but not leukemia. Toxicol. Sci. 116(2): 441-451.

Dr. Frank Schnell, PhD, is a retired toxicologist from the Agency for Toxic Substances and Disease Registry, part of the CDC, in Atlanta, Georgia....