So, over at Rationally Speaking, Massimo Pigliucci asks "Is there fundamental scientific disagreement about evolutionary theory?".  This is a reply to creationists who are making a big deal of the upcoming get-together of 16 theorists at the Konrad Lorenz Institute in Altenberg -- referred to in the media as the "Altenberg 16" (you see, because that's where it is and how many will be in attendance).

Is this a secret meeting about the dire condition of evolutionary science?  Is it an overthrow of Darwinian natural selection as a mechanism of evolution? Is it about sharing doubts that evolution occurred on earth?

Nope.  It's a small meeting of people with common interests, namely how current evolutionary theory might be expanded outside the boundaries of the 1930s-era "Modern Synthesis".

Guess what?  I was at a similar symposium three years ago with some of the same people. 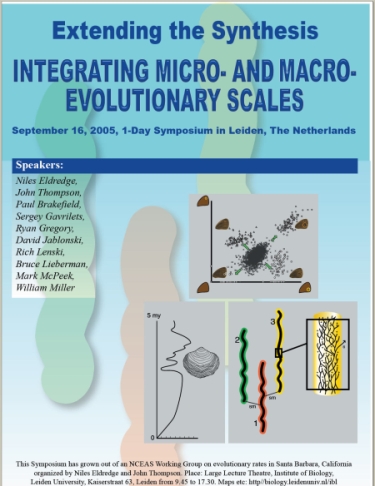 (A couple of people originally invited were not present)