Gerhard Adam
A recent LiveScience article "Recession May Boost Life Expectancy" suggests that economic downturns may boost the life expectancy of the population.  The conclusions suggest that, while not specific to individuals, the general effects of an economic decline are reflected in the overall population.

"He did note, though, that while overall population health and life expectancy may improve during down times, that might not be the case for any particular individual, especially someone who is unemployed or serious worried about getting laid off and suffering attendant stress."

However, earlier in the article the following observation is also made.

"Over the entire 20th century, the life expectancy of Americans has been on the rise, for a variety of factors, including better diets and medical advances. However, among the biggest factors has been the steep drop in infant mortality rates in recent decades compared to the early part of the 20th century."

Since life expectancy is heavily influenced by infant mortality, it would suggest that perhaps something as simple as declining birthrates may have had more effect than any other indicator. 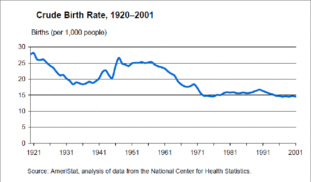 "...and birth rates dropped below the replacement level for the first time in American history."
http://www.eyewitnesstohistory.com/snprelief1.htm

Even though there were variations in other causes of death, it would suggest that the biggest influence was probably due to poor economic conditions giving rise to fewer marriages and ultimately pregnancies than might otherwise have occurred.  In other words, it is highly unlikely that economics, and its work related effects, increased life expectancy by the reported 6.2 years on average.  In all likelihood the change was most pronounced because the lowest values were statistically not present in the sample.