Home > Cancer Research > I Can Get Science

Tweet
The first time I experienced migraine with aura, I was shopping. I remember looking up at the fluorescent lighting overhead and wondering where that weird triangle rainbow was coming from. An hour later, I was in tears and curled up in my bed with all the lights out--I have a low threshold for pain.

After that, Excedrin became my constant companion, along with nausea and a nagging pain pushing down on my skull. I started a headache diary in an effort to avoid "triggers" that might cause my migraines: bacon, poor sleep habits, strong odors. I kept a cold pack in the freezer just in case.
Migraines are headaches that last from 4 to 72 hours, and are sometimes so painful that many are unable to participate in their usual activities. Some feel sick to their stomach and vomit. Activity, light, noise, or odors may make the migraine worse. Different people have different symptoms. 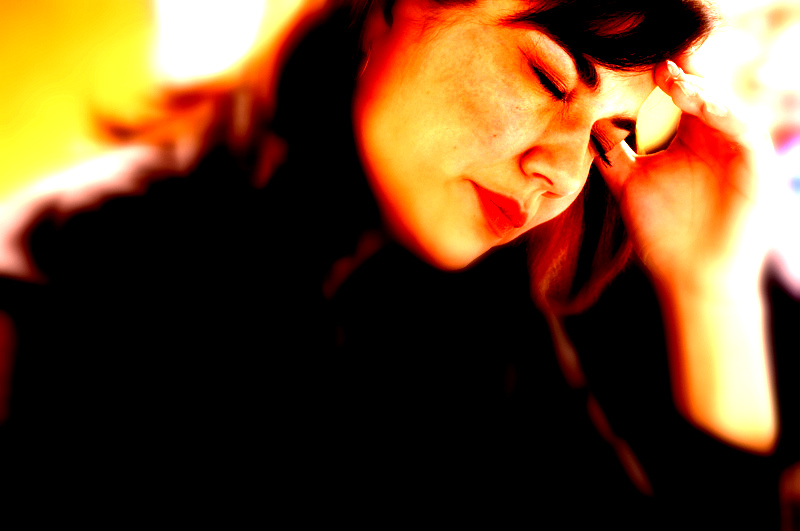 However, women like me, might have cause to rejoice after all. According to a study published in the November issue of science journal Cancer Epidemiology, Biomarkers and Prevention, research suggests that migraine headaches could significantly reduce the risk of the most common types of breast cancer.

In Migraine in Postmenopausal Women and the Risk of Invasive Breast Cancer, Christopher I. Li, M.D., Ph.D., and colleagues at Fred Hutchinson Cancer Research Center analyzed 3,412 Seattle-area postmenopausal women. 1,938 had been diagnosed with breast cancer and 1,474 who had no history of breast cancer served as a comparison group. Information on migraine history was based on self-report and was limited to migraines that had been diagnosed by a physician or other health professional.

Methods: We combined data from two population-based case-control studies to examine the relationship between migraine and risk of postmenopausal invasive breast cancer among 1,199 ductal carcinoma cases, 739 lobular carcinoma cases, and 1,474 controls 55 to 79 years of age. Polytomous logistic regression was used to estimate odds ratios (OR) and 95% confidence intervals (95% CI).
--Excerpt from the abstract of Migraine in Postmenopausal Women and the Risk of Invasive Breast Cancer. The complete article can be read at Cancer Epidemiology, Biomarkers and Prevention.

"We found that, overall, women who had a history of migraines had a 30 percent lower risk of breast cancer compared to women who did not have a history of such headaches," said Dr Christopher I. Li, a breast-cancer epidemiologist and associate member of the Seattle-based Hutchinson Center's Public Health Sciences Division. Migraine history appeared to reduce the risk of the most common subtypes of breast cancer: those that are estrogen-receptor and/or progesterone-receptor positive. Such tumors have estrogen and/or progesterone receptors, or docking sites, on the surface of their cells, which makes them more responsive to hormone-blocking drugs than tumors that lack such receptors.

Conclusions: These data suggest that a history of migraine is associated with a decreased risk of breast cancer, particularly among ER+/PR+ ductal and lobular carcinomas. Because this is the first study to address an association between migraine history and breast cancer risk, additional studies are needed to confirm this finding. (Cancer Epidemiol Biomarkers Prev 2008;17(11):3116–22)
--Excerpt from the abstract of Migraine in Postmenopausal Women and the Risk of Invasive Breast Cancer. The complete article can be read at Cancer Epidemiology, Biomarkers and Prevention.

Here’s an interesting aside--although researchers have been unable to pinpoint the reason so far, they suspect it is linked to hormone fluctuations. Estrogen, for example, was already known to stimulate the growth of hormonally sensitive breast cancer. And migraines have been tied to changes in hormone levels. 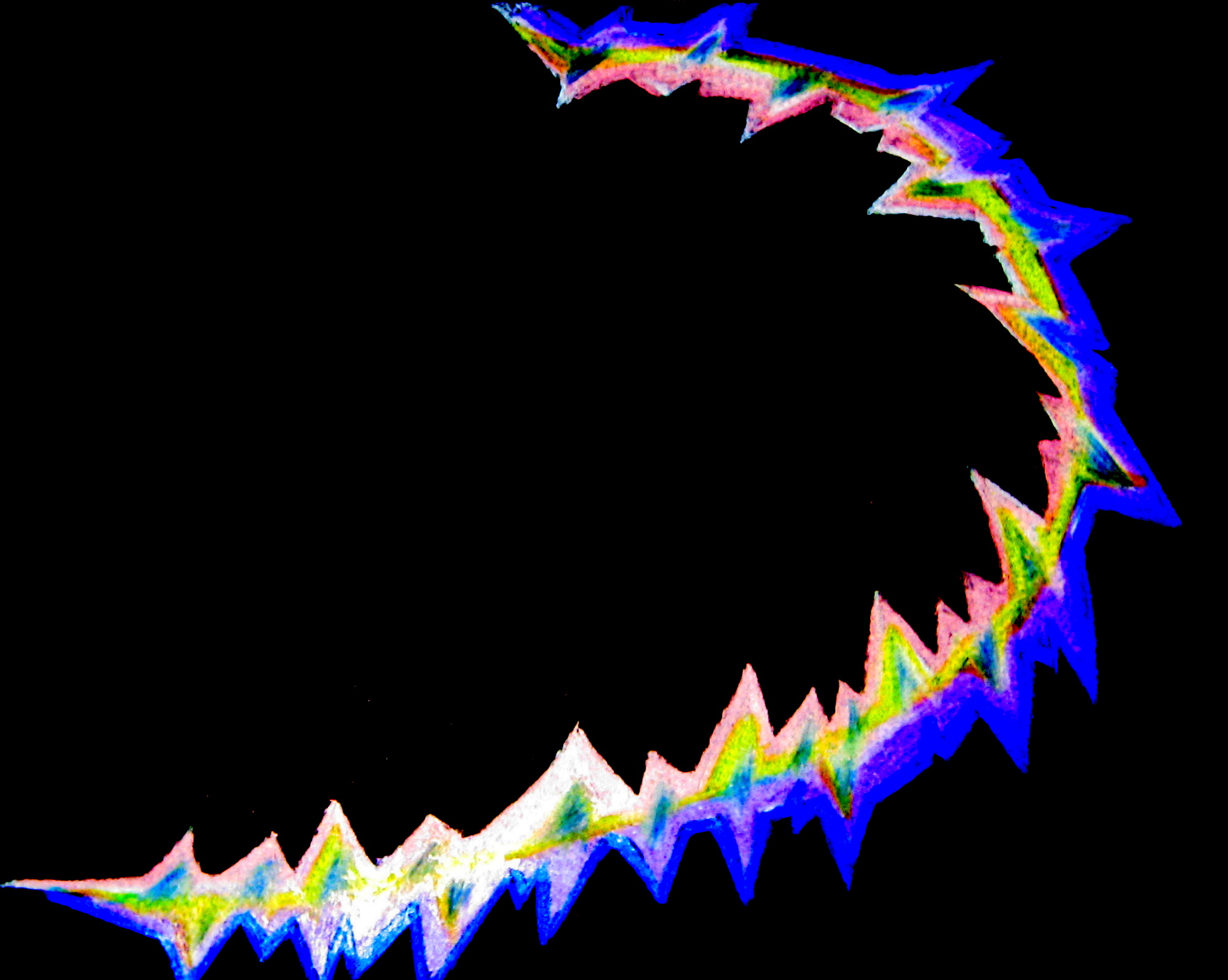 Migraine With Aura, Artist's Rendition. Credit: Jen Palmares Meadows
"Migraines seem to have a hormonal component in that they occur more frequently in women than in men, and some of their known triggers are associated with hormones," Li said. "For example, women who take oral contraceptives – three weeks of active pills and one week of inactive pills to trigger menstruation – tend to suffer more migraines during their hormone-free week," he said. By comparison, pregnancy – a high-estrogen state – is associated with a significant decrease in migraines. "By the third trimester of pregnancy, 80 percent of migraine sufferers do not have these episodes," he said. Estrogen is known to stimulate the growth of hormonally sensitive breast cancer. While this study represents the first of its kind to look at a potential connection between migraines and breast cancer, Li and colleagues have data from two other studies that in preliminary analyses appear to confirm these findings, he said.

"While these results need to be interpreted with caution, they point to a possible new factor that may be related to breast-cancer risk,” Li suggested. “This gives us a new avenue to explore the biology behind risk reduction. Hopefully this could help stimulate other ideas and extend what we know about the biology of the disease."